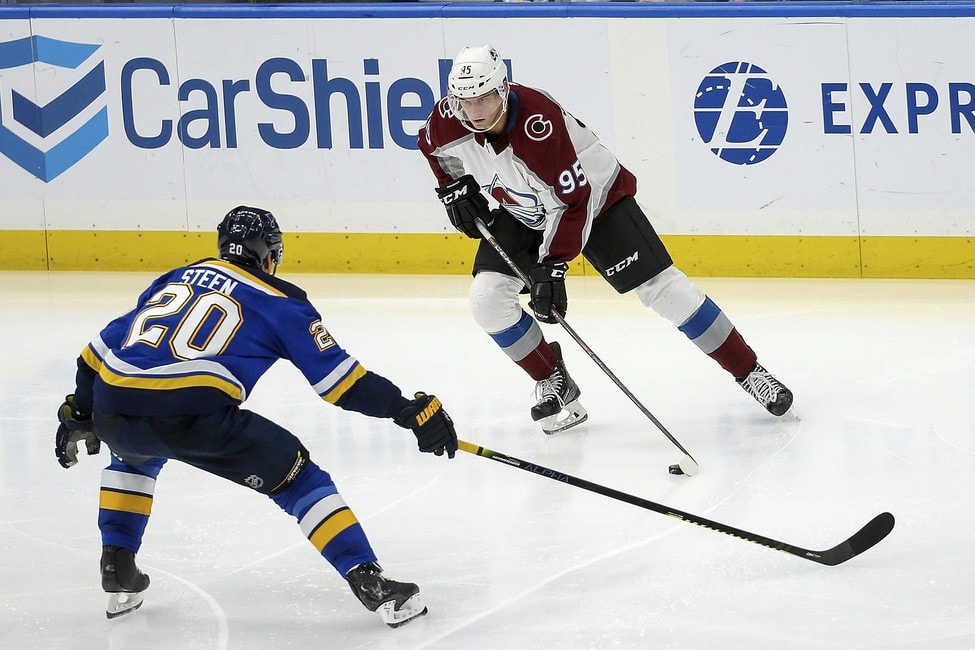 The two biggest rivals of the Colorado Avalanche are arguably the Detroit Red Wings and the Minnesota Wild. It’s been hard for Avalanche fans to get as riled up about facing those teams, as Colorado’s trajectory is going in the opposite direction of both those franchises.

The Avalanche are one of the favorites to win the Stanley Cup in 2020-21, and the Wild are in rebuild mode after retooling their roster. Detroit is in flat-out resurrection mode. Even with a pandemic cutting it short, last season saw the Red Wings lose their most games in a season since 1986.

But don’t fret, Avalanche fans, with the division realignment and a regular season against only those divisional opponents, there should be plenty of opportunity to generate some animosity for other clubs.

According to last year’s standings, the new West Division looks top heavy. The St. Louis Blues, Avalanche and the Vegas Golden Knights finished 1-2-3 in last year’s Western Conference. The rest of the division (Anaheim Ducks, Arizona Coyotes, Los Angeles Kings, Minnesota Wild and San Jose Sharks) is made up of five of the six worst teams from the Western Conference in 2019-20.

However, a closer look reveals a much more competitive league could be on the horizon. Five of these teams played in the expanded postseason, with Colorado, Vegas and Arizona all winning a series. The Vancouver Canucks took out the Wild in the qualifying round, and then upended the defending champion Blues in the next round.

Last season, every team in 2020-21’s West Division played between 20 and 23 games against their new divisional opponents. Every team was .500 or better against the other seven teams, except for San Jose (8-11-1). Sixteen of the 84 games between them went to overtime.

While San Jose’s eight wins were the fewest, five of the remaining seven teams had only 10 or 11 wins against the group. That means these guys are close, and they’re going to beat each other up.

There are three really good potential rivalries for Colorado that could be boosted by playing each opponent eight times this season. St. Louis looks to be the division’s front-runner, going 13-4-3 against the rest of the West Division last season, but they’re also the leader to emerge as Colorado’s biggest rival.

These teams are close — almost as close as you can get in the regular season. They’ve played 144 games against each other, and the Blues lead the all-time series 70-63-11. The seven-win difference comes from St. Louis’ seven overtime wins.

As close as the Avalanche and the Blues have been, the budding rivalry with the most potential for Colorado might be with Vegas. The Avalanche and Golden Knights have only played nine games against each other –— eight in the regular season and one in the bubble last summer. Colorado has the edge with five wins, and each team has an overtime win. Even the goal differential is razor thin, with the Avalanche leading 27-25.

The third rivalry that could improve is the obvious one with Minnesota. Despite the Wild’s recent struggles — they haven’t won a playoff series since 2014-15 — things still are still pretty tight between them and the Avalanche.

The teams have split the eight games between them over the last two years, with the Avalanche outscoring the Wild 24-23. Minnesota leads the all-time series 53-50-3, including 10 overtime wins. Historically, one out of every six games between these two teams goes past regulation.

How the Avalanche Fit in the West

The West was the most difficult division the Avalanche could have landed in, based off their records against the newly created divisions. Colorado was 11-8-1 against teams from the West last season. Comparatively, the Avalanche had only 12 regulation losses in their 50 games against the other 23 teams combined.

However, they should be near the top of the standings. Taking games played against each other last season, and extrapolating to a 56-game schedule, St. Louis would have won the division with 81 points. Colorado and the Golden Knights would have tied for second with 64. They would have been followed, respectively, by the Coyotes (61), Kings and Wild (both 59), Ducks (56) and Sharks (48).

Of course, everybody’s roster has changed from last season, some teams have new coaches, and we are still in the midst of a pandemic – and hockey is unpredictable by nature. But it won’t be a surprise if the top three are the Blues, Avalanche and Golden Knights in this division. The questions are how many will make the playoffs, and how much animosity will be built up along the way.

The last time the Avalanche advanced past the second round of the playoffs, Calder Trophy-winning defenseman Cale Makar was only three years old.

That was the 2001-02 season, a year after the Avalanche’s last Stanley Cup victory. They lost in the conference finals to their heated rival Red Wings in seven games. Three of the games went to overtime, and Colorado actually led the series 3-2.

But after Peter Forsberg’s overtime winner in Game 5, Dominik Hasek didn’t give up another goal. The Red Wings shut Colorado out in Games 6 and 7, and went on to win their 10th Stanley Cup.

In the franchise’s early years in Colorado, deep playoff runs were highlighted by the intensity of rivalries like that one with Detroit.

Led by potential Hart Trophy winner Nathan MacKinnon, the Avalanche appear to have put together enough pieces for a potential return to the conference finals this year. With the tightness of this season’s West Division, some intensity with new rivals might return, as well.