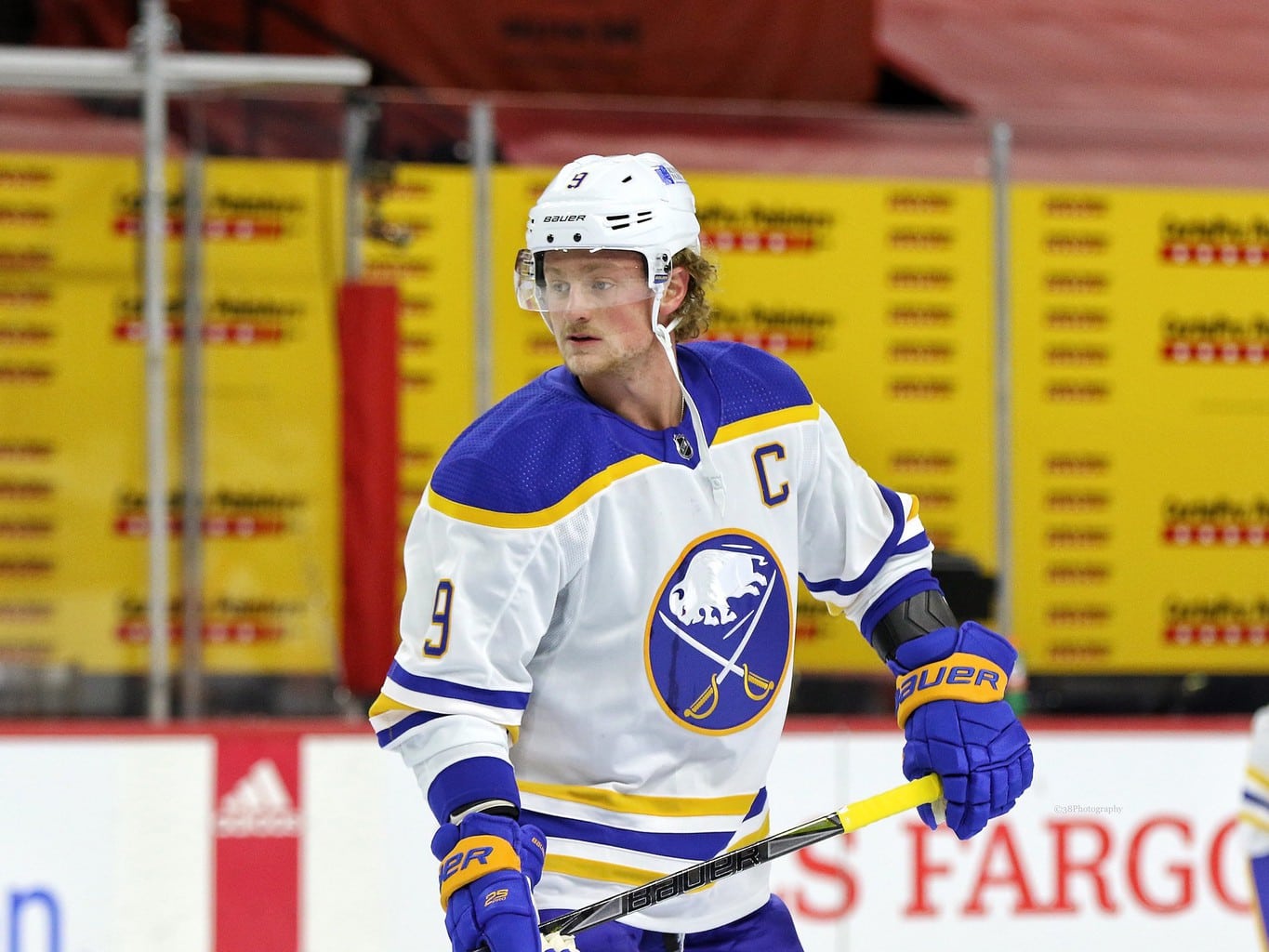 There is no getting around it. The Calgary Flames have had a very disappointing season, one that could result in many changes this offseason. As hard as it may be to believe for Flames fans, however, there have been some other teams who have performed even further below expectations, one, in particular, being the Buffalo Sabres.

After years of struggling despite having an elite level talent in Jack Eichel, the Sabres were able to land former Hart Trophy winner Taylor Hall on a one-year deal. Many expected this to be what Buffalo needed to finally get back to the postseason, but that has not been even close to being the case. With Eichel on the sidelines, the Sabres have been downright awful, recently having an 18 game losing streak, which tied the Pittsburgh Penguins for the most consecutive losses in league history.

After last season, Eichel voiced his displeasure with his team, saying he was very frustrated with losing. This season certainly hasn’t helped in that department and will mark his sixth year in the league in which he has failed to suit up in the playoffs. As a result, the belief throughout the league is that the Sabres will trade their captain at some point this offseason, though to who remains unknown.

Many teams have come up as potential destinations for Eichel, but Calgary was not one that seemed to be discussed. That is, until recently. Appearing on Montreal’s TSN 690, David Pagnotta, who is an NHL journalist and host of SiriusXM NHL Network Radio, said he believes the Flames will take a look at the 24-year-old superstar this offseason. It goes without saying that it would be huge for the Flames if this were to happen, but the question, is how do they make it work?

Obviously, given Eichel’s huge contract, which still has five more years remaining at a cap hit of $10 million, general manager Brad Treliving would have to move players out in order to make this potential trade happen. Coincidentally enough, Pagnotta also said he is starting to believe Johnny Gaudreau won’t be a Flame next season.

While he never mentioned the two could be dealt for one another, it makes you consider whether that type of move would be possible. Of course, Gaudreau by himself is not going to get you Eichel. Other pieces would need to be added, whether it be another roster player(s), prospect(s), or pick(s).

Still, the 27-year-old Gaudreau is a good starting piece and one that the Sabres may very well be interested in. It is starting to look like a split between the Flames and Johnny Hockey may be inevitable at this point, and a change of scenery may be just what he needs to get his offensive game back to what it was just a few short seasons ago. Even with the down season this year by his standards, his 27 points would still lead the Sabres roster.

As mentioned above, Eichel carries a massive $10 million cap hit. This season, it would have been extremely difficult for Treliving to acquire him, as the Flames currently have just under $1.7 million in cap space. However, according to capfriendly.com, they will have $15.25 million in space heading into the 2021-22 season. That number goes all the way up to $22 million if you factor Gaudreau’s $6.75 million salary into it.

This would mean that if the Flames were able to acquire Eichel in exchange for Gaudreau-plus, they would still have an additional $12 million in salary. While they will have some restricted free agents they need to sign with that money in Oliver Kylington, Juuso Valimaki, Sam Bennett and Dillon Dube, perhaps one or even multiple of those names gets tossed in with Gaudreau.

There is no denying that the price to acquire Eichel will be a huge one. Superstars like him don’t pop up on the trade block very often, especially at his age. This is a player who has 139 goals and 355 points in 375 NHL games despite playing on a team that has failed to make the playoffs even one time during his six-year career.

As for parting with Gaudreau, it certainly wouldn’t be easy considering some of the great moments he has had in a Flames uniform over the years. At the end of the day, however, he, along with the rest of this current core, were never able to manage any type of playoff success, and there is little reason to expect that to change moving forward.

In regards to the other pieces you’d be sending with Gaudreau, whether it be picks, prospects or current players, it is almost a guarantee none of them will turn out to be as good as Eichel. There are hardly any players in the league right now who are that good. The Sabres know this too, but if he does end up requesting a trade, as many seem to think he will in the near future, they don’t have a choice but to move him.

It has never been more evident than this season that the Flames dressing room needs a shakeup. They have been through enough coaches now to know coaching is not the problem but instead a personnel issue. This certainly beats another option that some have suggested in terms of blowing things up and rebuilding. Rebuilds are always very risky, given that they don’t always end up working out, and Eichel’s current team is the perfect example of that.

Perhaps there are other teams who will be able to give the Sabres better offers than the Flames, but this is worth trying regardless. The worst-case that could come from this is they say no and elect to either keep him or trade him elsewhere. The best case, of course, is that you end up with one of the game’s best talents on your roster. Either way, it is worth a shot.

Former Jr. A player turned writer. Cover both the Calgary Flames and the Edmonton Oilers, and am part of both the Flames Faceoff and Oilers Overtime podcasts.