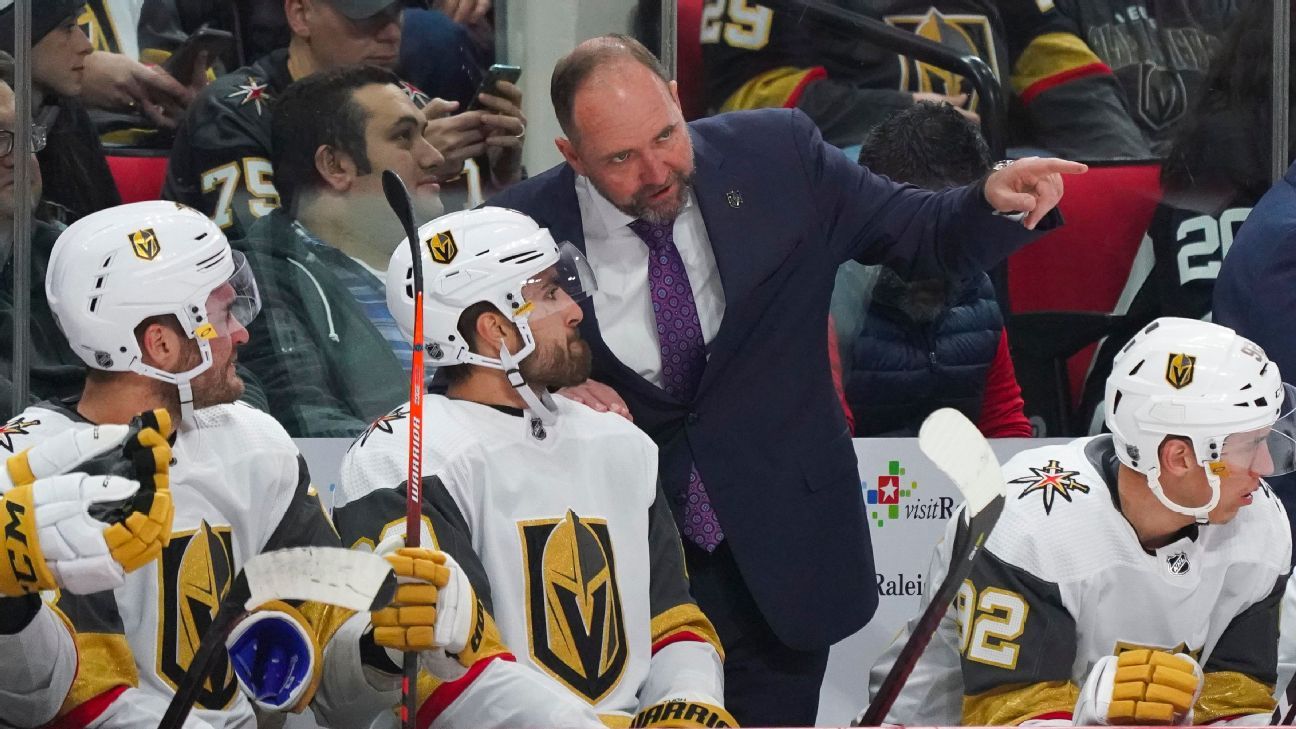 In the midst of a two-game set against the Sharks, the Vegas Golden Knights had to scramble and switch hotels in San Jose, because the league’s designated place of lodging suddenly fired for bankruptcy, according to multiple reports.

Citing financial difficulties brought on by the COVD-19 pandemic, the Fairmont Hotel, a landmark in downtown San Jose, closed its doors, but said it will reopen and resume operations within two to three months, according to the San Jose Mercury News.

That puts a dent in the NHL’s plans to house visiting teams when they play the Sharks, and the Golden Knights, not long after their 5-4 overtime win in San Jose on Friday night, had to gather their belongings and switch their place of lodging.

“It was a surreal experience,” Golden Knights coach Pete DeBoer told the Las Vegas Sun. “Hopefully this is the end of the COVID year, but it was almost the topping on the cake for what the last year has been for everybody in the world. Just another thing throw at you, another thing to deal with.

“Not that I’m putting it in the same breath as dealing with COVID, but it was just one of those things we got thrown at us, we dealt with it.”

Max Pacioretty scored his second goal of the game in overtime, leading the Golden Knights to the victory Friday, which pushed Vegas’ winning streak to five. But the enthusiasm was interrupted not long after the goal.

“That’s a first for probably everybody on our team,” Vegas defenseman Nick Holden said.

The Golden Knights will take on the Sharks Saturday night, to close the back-to-back set, before traveling to Minnesota to meet the Wild.

But the issue will remain in San Jose long after the Golden Knights depart. The Fairmont was the destination for all of the Sharks’ opponents, and with the St. Louis Blues headed to San Jose on Monday, a new hotel strategy will need to be drawn up by the league on the fly.

The Mercury News reported that the Fairmont, an 805-room hotel, is attempting to find a management partner and extend its existing mortgage debt. The newspaper also reported that the hotel’s current, overall debt is between $100 and $500 million.

Rangers visit the Devils after Buchnevich’s 3-goal game
Backing up their pledges: Which leagues have followed through since George Floyd’s murder
Old School NHL Jerseys – Gone But Not Forgotten
Oilers’ Ryan McLeod: 5 Things to Know About Edmonton’s Rookie Call-Up
Marleau, 41, knots Howe for most games played