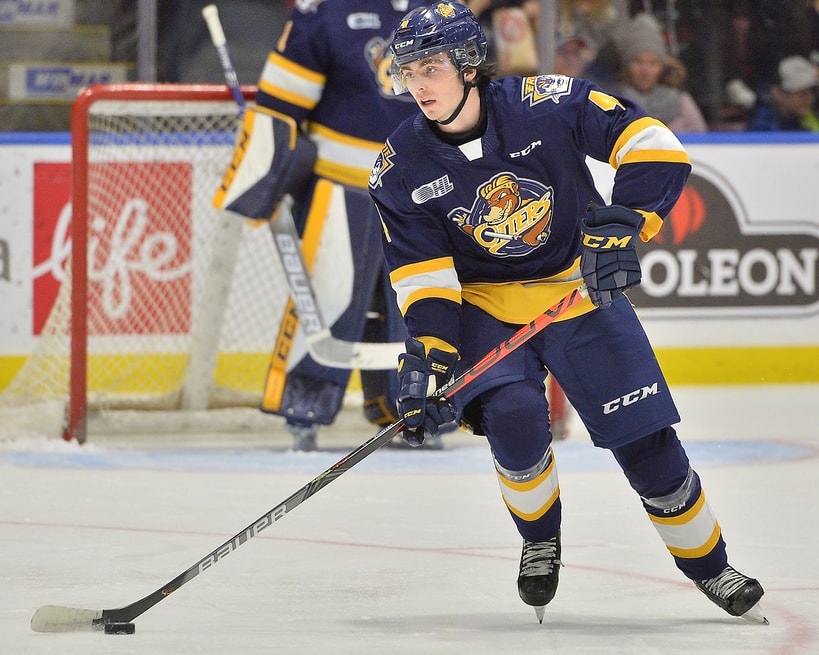 The Stars announced on Monday that they’ve agreed to a standard three-year, entry-level contract for Bourque. Drafted 30th overall in the 2020 NHL Entry Draft, he spent the 2019-20 season in the QMJHL with the Cataractes. He followed up an impressive rookie season that saw him produce 25 goals and 29 assists for 54 points in 64 games with a dominant sophomore season. During the 2019-20 season, he amassed 29 goals and 42 assists for 71 points in 49 games played.

THW’s Peter Baracchini had this to say about Bourque’s potential impact on the Stars organization:

With the defense being solidified with Miro Heiskanen and John Klingberg leading the charge, the Stars selected a major offensive threat in Bourque that can help them up the middle of the ice. He’ll be extremely dangerous in a top-six role and can be a major contributor on the power play. Bourque joins other top prospect Ty Dellandrea as the players the Stars will rely on for the future.

To begin the 2020-21 QMJHL season, Bourque is ranked 11th in league scoring with 12 goals and 15 assists for 27 points in 18 games played. He was named the new team captain for the 2020-21 season. He took over for former captain Gabriel Denis who decided not to return to the team.

Ducks’ prospect Drysdale had himself a month to remember in his first taste of professional hockey. The Erie Otters defenseman was named AHL/CCM Rookie of the Month for the month of February. He’s currently ranked second in scoring among defensemen with four goals and five assists for nine points in 11 games played. Drafted sixth overall by the Ducks in the 2020 NHL Entry Draft, he spent the 2019-20 season in the Ontario Hockey League with the Otters amassing nine goals and 38 assists for 47 points in 49 games played, earning OHL First All-Star Team honors. The 18-year-old defenseman has represented Canada at the last two World Junior tournaments, winning gold in 2020 and silver in 2021.

Drysdale is due to return to the Otters soon for the 2020-21 OHL season, which is slated to start in April. It will be interesting to see if the Ducks call him up for some NHL action before he returns to the OHL. He’s certainly earned at least a chance to show what we can do at the NHL level.

Halifax Mooseheads forward L’Heureux has gotten off to a good start to the 2020-21 QMJHL season. The Montreal native is a top draft-eligible prospect for the 2021 NHL Entry Draft. He had an impressive rookie year during the 2019-20 season amassing 20 goals and 33 assists for 53 points in 55 games played with the Moncton Wildcats. He led all QMJHL rookies in points on the season. L’Heureux was acquired by the Mooseheads via trade back in June.

He was named QMJHL Player of the Week after recording one goal and four assists over his last two games played. Since the beginning of the 2020-21 QMJHL season, he has amassed ten goals and 12 assists for 22 points in 22 games played.

Once considered to be a threat to challenge for the first overall pick in the 2020 NHL Entry Draft, that might be slowly slipping away for L’Heureux as he hasn’t been able to take that next step forward from his rookie season. He’ll need to produce at a pace higher than a point per game if he’s going to compete with his peers at the top of the class.