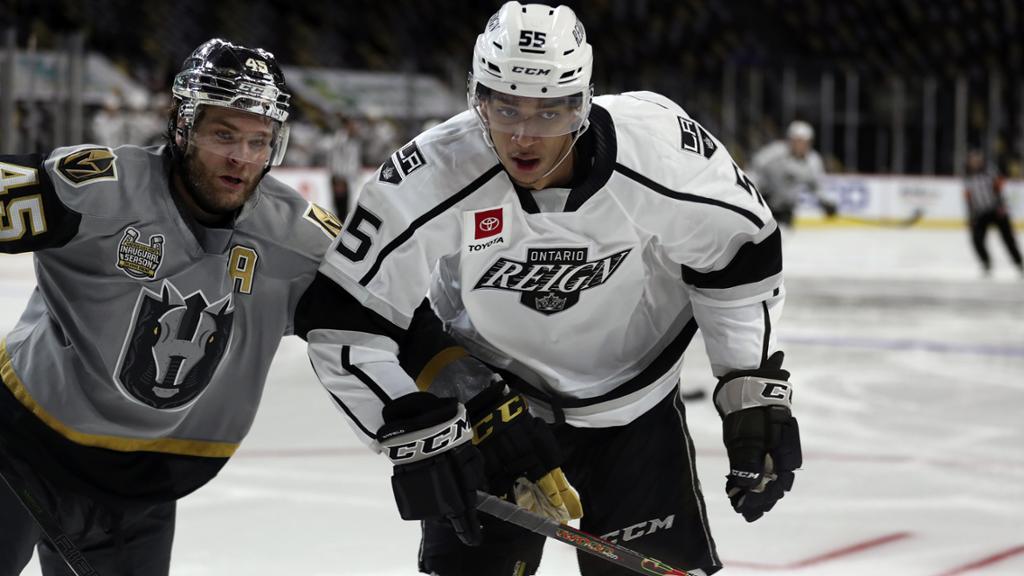 An influx of first-round picks from recent NHL drafts has hit the American Hockey League.

This season, these players are experiencing professional competition a season or two early, adjusting to the pro lifestyle, and working closely with NHL development coaches.

Here is a look at some of the players benefitting from the unexpected chance to play in the AHL:

The No. 2 pick in the 2020 NHL Draft has played on the top line for Ontario and scored four points (one goal, three assists) in six games.

The 18-year-old forward scored his first goal against Tucson (Arizona Coyotes) on Sunday, when he won a net-front puck battle.

The 18-year-old defenseman was the No. 6 pick in the 2020 draft and is considered a future cornerstone for the Ducks.

Anaheim opted to blend several AHL veterans into San Diego’s lineup to complement a deep base of young talent. As a result, Drysdale (5-11, 175) has been playing with veteran Keegan Lowe on the top defense pair.

He’s playing on a line with Ben Street and Brett Seney and has scored four points (one goal, three assists) in four games.

With Kelowna of the WHL last season, Foote scored 33 points (15 goals, 18 assists) in 27 games. He is the son of former NHL defenseman Adam Foote and the younger brother of Lightning defenseman Cal Foote.

The Stars selected Harley with the No. 18 pick in the 2019 draft, and the 19-year-old has scored five points (two goals, three assists) in five games, tied for second among AHL defensemen.

Jarvis, a 19-year-old forward selected in the first round (No. 13) in the 2020 draft, is tied for the AHL lead in goals (four), points (seven) and power-play goals (three) in five games. He’s played on a line with Nashville Predators forward prospect Philip Tomasino, the No. 24 pick of the 2019 draft.

The Predators were able to place prospects in Chicago when their affiliate, Milwaukee, opted not to play this season.

The Canadian Division had to wait a week to begin play, but the 19-year-old forward was ready.

Perfetti was second in the OHL last season with 111 points (37 goals, 74 assists) in 61 games with Saginaw.