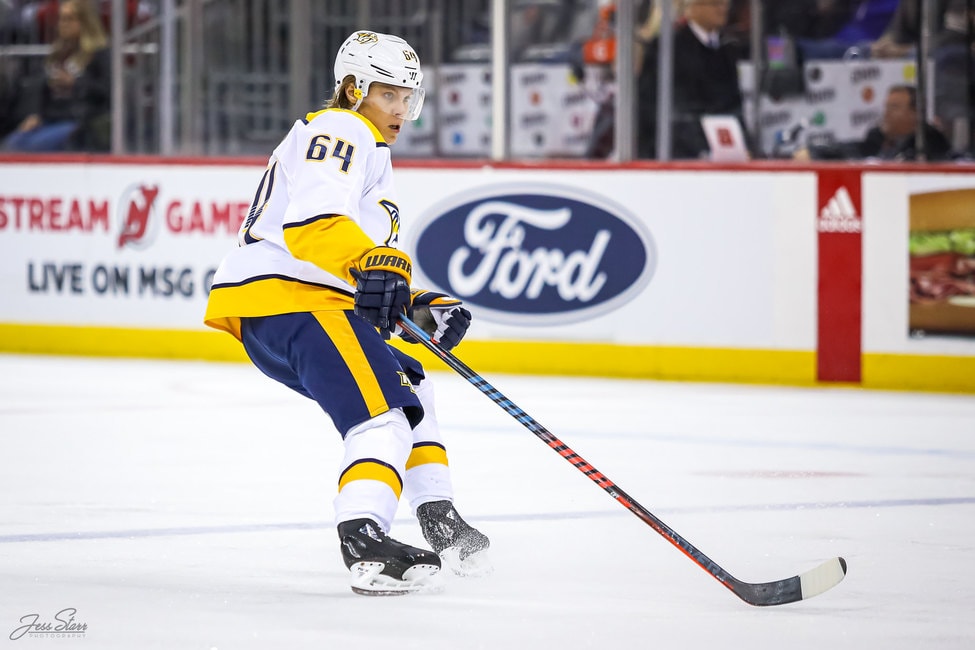 In today’s NHL rumors rundown, the Philadelphia Flyers got good news as some members of the team were allowed to get back on the ice. Meanwhile, are the Toronto Maple Leafs looking at a forward from the Nashville Predators? The Edmonton Oilers could face a difficult decision on their blue line when it comes to the expansion draft and are the Minnesota Wild talking to the Ottawa Senators about Derek Stepan?

After quarantining for an entire week due to a COVID-19 exposure on the roster, some of the Flyers are now back on the ice practicing Tuesday morning, a welcome sight for fans of the team.

As per a report by TSN’s Frank Seravalli: “Update from Flyers, who haven’t played or practiced in a week: ‘Based on individual quarantine requirements, eligible players will be permitted to practice either today or Wednesday.’” Unfortunately, head coach Alain Vigneault said the Flyers do not expect any of the players on the current COVID list to be available for Thursday night.

Flyers’ GM Chuck Fletcher noted that the reason there were only 14 players on the ice is because not every player has the same quarantine timetable based upon their points of contact through tracing. He noted, “I believe another eight players will be allowed to practice tomorrow.”

The Flyers are scheduled to host the Boston Bruins at Lake Tahoe this upcoming weekend. It is believed that game is still scheduled to happen.

Maple Leafs Have Eyes on Granlund?

As per a story from James Mirtle of The Athletic, the Maple Leafs might have their sights set on Mikael Granlund and he could be the player Elliotte Friedman was referring to in a comment last week almost guaranteeing the Leafs would add a winger at the trade deadline. Granlund could play on the top six with Auston Matthews and Mitch Marner or John Tavares and William Nylander.

If the Predators continue to struggle, expect the winger to become available and the Maple Leafs should be able to make the numbers work as he signed a one-year, $3.75 million contract with the Predators this offseason. Given all of the Leafs’ injuries, they should have around $2 million in space, which means being able to afford someone who is paid $4 million or less, assuming the other team retains 50% of any salary.

Mirtle writes the Leafs had interest in Granlund in the past. He said:

One of the teams that showed plenty of interest along the way was the Leafs, but Dubas simply didn’t have enough cap space to make it happen. Toronto instead turned to cheaper depth options on the wing, bringing in the likes of Wayne Simmonds, Joe Thornton, Jimmy Vesey and Travis Boyd.

Mirtle adds that Granlund’s numbers have dropped a bit, but that he “does have a track record of being a strong complementary player, with high-end hockey sense and playmaking ability.”

Oilers to Lose an Important Defenseman Next Season

A fan put together an Oilers blue line projection for next season which caught the attention of TSN 1260 host Jason Gregor. Gregor commented that he didn’t expect defenseman Oscar Klefbom to be back with the Oilers, pointing to the fact the fan had Klefbom pegged as the first-pair left-side defender. The radio and podcast host said, “be surprised Klefbom is back, but if he is, don’t see how he, Nurse, Jones, Bear and Lagesson are all still here. SEA will claim a D.”

When asked to clarify if he was suggesting Klefbom would be traded or claimed by the Kraken, Gregor noted, “No…I think his injury is very serious….no guarantee he will play. I am not starting any trade rumours.” He added,

“If Lagesson and Jones play well this year, then the uncertainty of his [Klefbom’s] health might make Oilers think about it. But he also might get an injury exemption, so might not need to be protected. Depends if NHL deems he has a potential career threatening injury.”

It will be intriguing to see what the Oilers decide to do with Klefbom. Is his injury not severe enough to deem it career ending, but bad enough that Seattle will avoid him? If so, which defenseman would the Oilers protect for expansion?

Michael Russo of The Athletic suggests that the Wild can barely afford fielding a roster now with the recent outbreak but that Wild GM Bill Guerin might be chatting with the Senators about acquiring Stepan. Russo writes:

As for Stepan, the Wild and Senators, I’m sure, have talked and I bet general manager Bill Guerin would love to help the Hastings native get closer to home. Stepan’s a great guy, terrific leader, a right-shot center and only makes $2 million in real cash, so that probably all appeals to Guerin.

The issues for the Wild are that Stepan is no longer the player he once was and his cap hit ($6.5 million) is much higher than his actual salary which means the Senators would have to take a contract back in any deal.