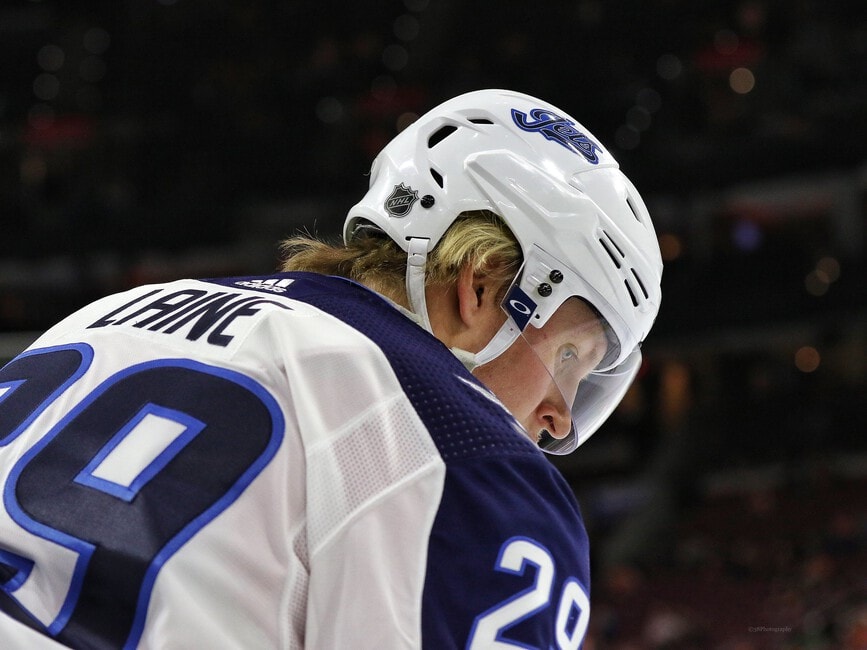 In today’s NHL rumor rundown, could the Winnipeg Jets be eyeing the new Seattle Kraken franchise as a trade destination for Patrik Laine? What are the Chicago Blackhawks going to do with their surplus of players? In Detroit, the coach believes they might be thin in one area. Will they add? Finally, a few NHL insiders have commented about the start date of a new NHL season and what seems realistic based on the updates surrounding the pandemic, travel, venues and more.

Laine to Seattle Kraken an Option?

Sportsnet’s Ken Wiebe writes in a recent mailbag segment that the Seattle Kraken might be a possible trade destination for Patrik Laine if the Winnipeg Jets get the sense Laine is not eager to sign a contract extension.

Wiebe notes the 22-year-old winger becomes a restricted free agent with arbitration rights next summer and the Kraken are one of the few teams who could afford to pay Laine a hefty long-term salary because they’re starting from scratch with no salary cap. They would also be placing him on the team’s top line every game which is something of an issue for him in Winnipeg.

In short, Laine could be a player the Kraken find tempting to build around and while there’s been no talk of any sort of deal in the works, it might be a situation worth watching.

Blackhawks Have Too Many Healthy Players

Charlie Roumeliotis of NBC Sports Chicago writes that the Chicago Blackhawks have too many players if everyone returns to camp healthy and the surplus of talent could require players be demoted or traded before the start of the season.

At forward, if the Blackhawks get Dylan Strome re-signed and Andrew Shaw and Zack Smith return, Chicago has 15 forwards with 12 spots available. On defense, if Brent Seabrook is right and he’s ready to play, prospects like Ian Mitchell and Wyatt Kalynuk could get squeezed out.

There will be taxi squads this year and that might help a bit, but a trade could be explored. If so, the rebuilding Blackhawks would likely look for a draft pick or prospect.

Red Wings Could Add a Defenseman

As per Ansar Khan of MLive, the Detroit Red Wings added some decent forward depth during free agency but their blue line is still viewed as a little thin according to heac coach Jeff Blashill. As such, after Steve Yzerman said the club was going to look to continue improving the roster, expect them to keep an eye out for a defenseman.

The team doesn’t know how healthy Danny DeKeyser is and how much he’ll be available. He was limited to eight games last season due to back pain that required surgery. He has said previously that he would be ready for the 2021 NHL season.

Chris Johnston of Sportsnet was on WGR 550 radio Monday morning and provided updates as he had them on the 2020-21 NHL season. A few notable quotes included: “I think the NHL is looking at a 60-game season with their last offer to the players.” He added, “I think that Jan. 1 date is not going to be possible for a number of reasons. That may result in these talks dragging out longer than expected.”

He also noted that he believe the NHL could start as late a February but anything later than that was outside a reasonable window to get a season in. With a later start date, he believes the NHL would cut down training camps from two weeks to 10 days, and he notes:

“The NHL has ruled out the complete bubble scenario like they did this summer in Canada. The preference from both the players and owners is to use their own arenas at this point. That still could change with the uptick in the spread of COVID-19.”

** thanks to NHLrumors.com for the transcription

TSN’s Pierre LeBrun added that the players’ Return to Play Committee has another call scheduled for Tuesday afternoon and has been meeting regularly. One source says “he feels a season start somewhere between Jan. 20-Feb. 1 makes more sense at this point, but nothing decided.”