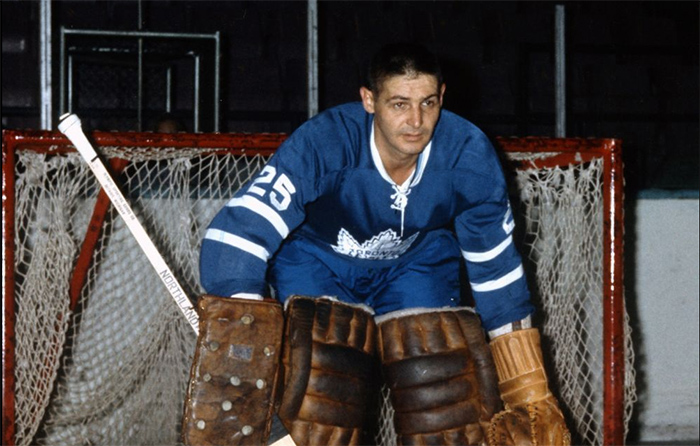 This has been a very intriguing date in National Hockey League history. It has provided us with a new all-time leading scorer for players born in Europe. There were also a handful of goaltending milestones reached, some big moments in Pittsburgh, a very busy night in 1992 and even regular-season overtime was put on a 41-year hiatus.

Jaromir Jagr made NHL history, on Nov. 21, 2006, in the New York Rangers’ 4-0 victory over the Carolina Hurricanes. Just two days after becoming the 16th player to ever score 600 career goals, he reached another milestone with two more goals.

He scored goal No. 601, late in the second period, to tie Jari Kurri for the most goals by a player born in Europe. Early in the final frame, he scored again to set the all-time record.

Jagr, 34 at the time, played another 11-plus seasons, including parts of eight in the NHL. Following his final game in 2017 with the Calgary Flames, Jagr had 766 goals. He is one of only eight players to score at least 700 goals, and is third all-time in league history.

Hall of Fame goaltenders Harry Lumley and Terry Sawchuk both played for Detroit Red Wings, Boston Bruins, Toronto Maple Leafs and New York Rangers. Although they played for many of the same teams, during the same era, they were rivals except for a brief time together with the Red Wings during the 1949-50 season.

Exactly one year later, Sawchuk became the 11th goaltender in NHL history to record 50 career shutouts, in a 1-0 win at the Blackhawks. It was is second shutout of Chicago in the last 24 hours.

A decade later, on Nov. 21, 1964, Sawchuk, now with the Maple Leafs, beat the Blackhawks and his former teammate, Glenn Hall, 1-0. He became the first netminder in NHL history to record at least one shutout in 16 consecutive seasons. He broke the previous record of 15 straight seasons that was set by Lumley. Sawchuk extended this streak to 19 seasons before failing to earn a shutout during the 1968-69 season with the Red Wings.

Jean Pronovost scored twice to become the first 250 goal scorer in Pittsburgh Penguins history, on Nov. 21, 1975, in a 5-0 win over the visiting Blackhawks. Goaltender Dunc Wilson recorded the fifth shutout of his career.

Sidney Crosby returned to the ice, on Nov. 21, 2011, for the first time in nearly 11 months after dealing with the after-effects of a concussion. The Penguins’ captain didn’t look like he missed a beat as he scored on his first shot on goal. He finished his night with two goals and two assists in a 5-0 win over the New York Islanders.

We will stay in Pittsburgh to take a look at the very busy day that was Nov. 21, 1992. Tom Barrasso recorded his 17th career shutout to lead the Penguins to a 2-0 win over the New Jersey Devils. Jagr scored his first career shorthanded goal in the victory.

Andy Moog became the 20th goaltender in NHL history to record 250 career victories, in the Bruins’ 4-3 win over the Philadelphia Flyers.

The big night for goaltenders continued in Vancouver, where Kirk McLean recorded his 11th career shutout in the Canucks’ 9-0 win over the visiting Edmonton Oilers. Geoff Courtnall had a four-point night with a goal and three assists.

Veteran defenseman Doug Wilson played in his 1,000th NHL game, in the San Jose Sharks 2-1 loss to the Blackhawks. It was very appropriate that Chicago was in town on this night because Wilson played the first 938 games of his career with them. He was a three-time All-Star with the Blackhawks and won the Norris Trophy, for being voted the best defenseman in the league during the 1981-82 season.

Finally, the Los Angeles Kings played their 2,000th game in franchise history, and their 1,000th home game, Kurri and Tony Granato each had a goal and two assists in a 6-4 victory over the Maple Leafs to extend their home winning streak to 10 games.

The NHL discontinued regular-season overtime, on Nov. 21, 1942, because of conflicts of the train schedules during World War II. It did not return until well after the war had ended. Overtime for regular-season games was reintroduced for the 1983-84 season with a five-minute sudden-death period. Originally, overtime was a full 10-minute period no matter how many goals were scored.

Later that night, overtime was not needed, even it was an option, as the Maple Leafs blew out the Canadiens 8-0. Hall of Famer Turk Broda became the first goaltender to record 150 wins as a member of the Maple Leafs. Only Johnny Bower and Felix Potvin have won at least 150 games with the team since.

On Nov. 21, 1943, Buddy O’Connor scored his first career hat trick and added two assists in the Canadiens’ 13-4 beating of the Bruins. This was his second straight game with five points. The previous night, he had a goal and four assists versus the Maple Leafs.

The Maple Leafs made a move that changed the direction of the franchise, on Nov. 21, 1958. They hired Punch Imlach as their new general manager to take over for Hap Day. A few days later, Imlach fired head coach Billy Reay and moves behind the bench. He led them to the Stanley Cup Final that season. The Leafs won four championships under his leadership, including three in a row, during the 1960s.

Goaltender Tony Esposito recorded his 70th career shutout, on Nov. 21, 1979, in a 4-0 win over the Washington Capitals. He is one of only 13 netminders to have at least 70 career shutouts. Defenseman and current Anaheim Ducks general manager, Bob Murray, had three assists in the first period to lead the offense.

Wayne Gretzky had a six-point night, on Nov. 21, 1982, as scored his 17th career hat trick and added three assists. Remarkably, this wasn’t enough as the Oilers lost 9-7 at the Quebec Nordiques.

The Canadiens hosted the Devils, on Nov. 21, 1987, as well as another very special guest. King Olav V of Norway took in the game from right behind the Montreal bench. He and a packed house at the Forum witnessed Bobby Smith and Chris Chelios each put up and goal and an assist in a 2-1 victory for the home team.

Scott Hartnell scored the 1,000th goal in Nashville Predators history, on Nov. 21, 2003, an overtime game-winning goal in a 4-3 win against the visiting Ducks. This was his first career overtime goal.

Patrick Marleau hit a huge milestone, on Nov. 21, 2015, in the Sharks’ 3-1 win in Pittsburgh. His first-period assist made him the 83rd player in league history to score 1,000 points and just the 16th to do it with one team.