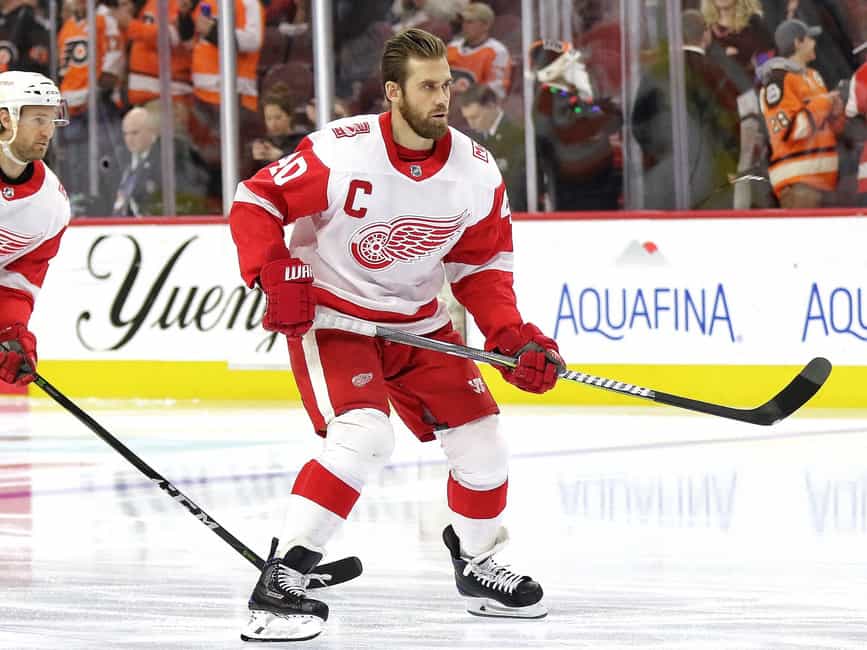 The presidential election is heating up at warp speed, so it’s a perfect time to review the NHL’s own election process and present and future Detroit Red Wings Hall of Fame candidates. The league recently announced it has moved this year’s ceremony to Nov. 2021, and because of this, there will be no selections made next year.

The wait will continue for some of the greatest names to wear the winged wheel, whether they’ve already been on the ballot or would have made their first appearance next year. Here is a look at some of the players who will be considered whenever that next vote takes place.

Chris Osgood’s Case to Finally Be Selected by Voters

Former Red Wings goalie Chris Osgood, who has been eligible since 2014, has been a polarizing figure for Hall of Fame selection. His accomplishments are on par with other already-enshrined goalies, yet one argument is made against his candidacy: He benefitted from the stellar teams in front of him.

Before we get to that argument, take a peek at his raw statistics. Osgood won three Stanley Cups (1997, 1998, 2008), and came within one game of another (2009). He backstopped two of those championships, in 1998 and 2008, and arguably would have won the Conn Smythe Trophy in 2009 had the Red Wings defeated the Pittsburgh Penguins in Game 7.

On top of that, he was a fantastic playoff performer, posting a save percentage of .916 and a 2.09 goals-against average in 129 career appearances. He is one of only 12 goalies to have been credited with scoring a goal after he notched an empty-netter against the Hartford Whalers in 1996.

His critics get held up on the fact that “Ozzie” played on great teams, which can’t be disputed. That advantage, however, doesn’t always translate into success. Manny Legace, Curtis Joseph, and Bill Ranford, for example, also played on exceptional Red Wings teams, but never led them to a Stanley Cup Final. Osgood’s stability in net elevated Detroit’s talent to the level it needed to contend for the Cup every year, as Hall of Fame players are expected to do.

The fact is, from 1997-2008, despite the overflow of talent on the Red Wings, only three goalies backstopped the team to championships: Osgood, Mike Vernon, and Dominik Hasek. Hasek, a 2014 Hall of Fame inductee, was replaced by Osgood in the 2008 Playoffs en route to the team’s fourth Cup in 11 years, and has 12 fewer career wins. Of all the Hall of Fame eligible players with more career wins, only Joseph has not been selected, likely because he never won a championship.

Grant Fuhr, a 2003 inductee who played on the dominant Edmonton Oilers teams in the 80s, has two more career wins and one more Stanley Cup. Still, he has 25 fewer shutouts, a lower save percentage (.887 vs. .905), and higher goals allowed average (3.38 vs. 2.49) compared to Osgood, who has shown he unquestionably belongs in the Hall of Fame.

Henrik Zetterberg Highlights Red Wings Who Will Soon Be Eligible

Former Red Wings captain Henrik Zetterberg was set to become eligible in 2021, but he will now have to wait another year.

Zetterberg scored 337 goals and 623 assists in his career and was captain for six seasons. He ranks sixth in franchise history with 1082 games played and ranks fifth in goals and assists. Hurting his case, though, is the lack of hardware in his trophy case.

Zetterberg won the Stanley Cup in 2008, earning the Conn Smythe Trophy in the process. He was also awarded the King Clancy Memorial Trophy in 2015 for his leadership and humanitarian contributions, but unfortunately, that’s where his individual accolades end.

Zetterberg was a great leader, made the players around him better, and was certainly a respected representative of the city of Detroit, but he is a borderline Hall of Fame candidate, and it will likely take years before or if he does finally get selected.

Former defenseman Niklas Kronwall also becomes eligible in 2022. He is near and dear to all Red Wings fans, having played 953 games over 15 seasons with the club. He finished in the top-15 of Norris Trophy voting each season from 2013-15, but simply did not do enough in his memorable career to earn a call to Toronto. His devastating hits, though, will always be fondly remembered.

Pavel Datsyuk a Likely Candidate Whenever He Becomes Eligible

Former Red Wings forward Pavel Datsyuk is still playing professional hockey overseas, so it’s not yet known when he will appear on the ballot. That said, he has amassed the credentials to be selected, even if his numbers aren’t gaudy.

It’s not a slam dunk case, but Datsyuk will likely find himself in the Hall of Fame at some point.

It will be interesting to see who gets the nod as more former Red Wings become eligible in the years to come, but all of these players have left a lasting impression on Detroit fans over the years. Regardless of the outcome, all of the championship memories, individual milestones, and stellar performances will resonate for decades.