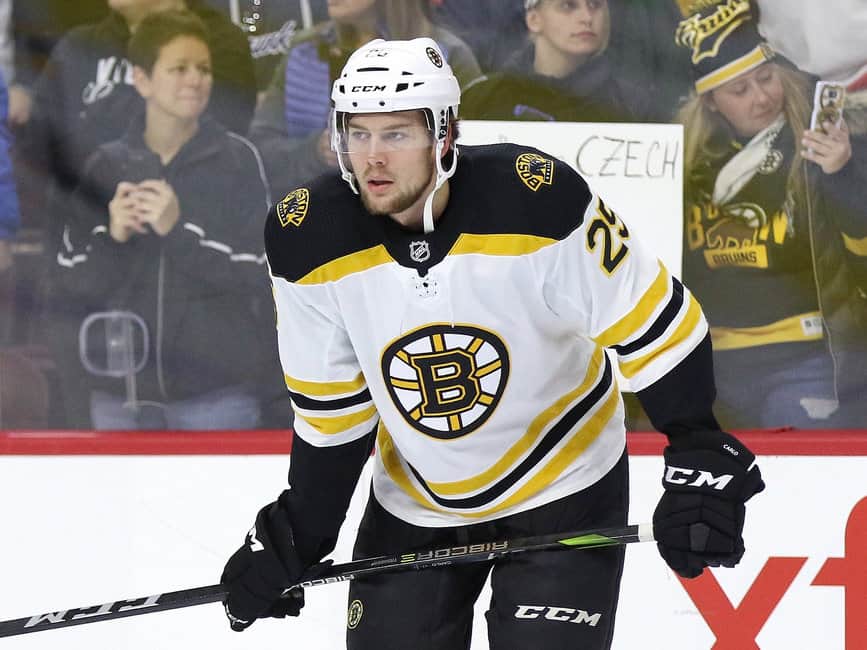 In this edition of Boston Bruins’ News & Rumors, we take a look at some of the plans the Bruins could have this offseason, including exploring trades and potential players who may or may not be on the team due to free agency next year.

Jake DeBrusk’s Future With the Bruins

When the Bruins take to the ice for the 2020-21 season, whenever that may be, expect there to be changes to the roster from the group that just competed in the 2020 NHL Postseason.

Though this team proved to be the best team in hockey during the regular season, the prolonged pause and eventual restart didn’t treat them as well as many would have hoped and the team ultimately fell in the second round to the Tampa Bay Lightning.

While unrestricted free agents like Torey Krug and Zdeno Chara have taken center-stage as players whose futures are up in the air, it’s important to look at the rest of the roster and see what type of changes could be coming as well. This includes players like Jake DeBrusk who is coming off of his rookie contract and is now a restricted free agent.

DeBrusk is undoubtedly due a sizable increase on his sub-$900,000 per-year contract, but the number has to make sense for the Bruins to ultimately put pen to paper.

As Fluto Shinzawa of the Athletic would mention in a mailbag answer, the likely demand for a player like DeBrusk would be somewhere in the realm of two years and $5 million per season.

“If I’m his agent, I’d want two years, $10 million. That way, he can go for a bigger and longer score to align with better financial times for the league following the flat cap.” (from ‘Bruins mailbag: On standing pat in 2020-21, Jack Studnicka and trade targets’, The AthleticNHL – 9/9/20)

That number could prove to be too pricey for the Bruins, though, who are a competitive team looking to compete with their current core who don’t have much time left in this window.

Shinzawa would mention exploring a trade with DeBrusk for a player like Noah Hanifin of the Calgary Flames or someone in that similar age and skill range, would be something the Bruins could explore.

Still, Shinzawa would also mention in another article on The Athletic on Wednesday that the likelihood of moving on from DeBrusk is low given the minimal options on the depth chart who could immediately fill in.

“The Bruins do not have many second-line wings pushing DeBrusk. As such, unless Sweeney can net a do-it-all left-shot defenseman, the likelihood of trading DeBrusk is low.” (from ‘Trade winds? Bruins are all ears prior to free agency’, The AthleticNHL – 9/9/20).

Brandon Carlo Could be a Trade Piece?

With Charlie McAvoy, Jeremy Lauzon and Connor Clifton all capable of playing on the right side, Carlo’s value could be too great for the Bruins to hold onto with the shutdown blueliner due for a new contract following the 2020-21 season.

Carlo is as good a defender as the Bruins have on their roster and he has been a big part of shutting down opposing teams offenses whenever he’s been deployed at five-on-five and on the penalty kill.

Moving on from Carlo would be a hard pill to swallow for Bruins fans considering how well-liked he is. It would also be a hard-sell to move on from Carlo given how poor the Bruins were at shutting down the Lightning in the playoffs.

Still, something has to give this offseason and the job of a general manager is anything but easy. Tough decisions have to be made and Carlo, DeBrusk and perhaps even Anders Bjork are pieces that general manager Don Sweeney may have to explore as trade chips this offseason, even if it’s just to gauge the market.

Though Krug and Chara shouldn’t always be the center of discussion, it would be silly to think they won’t be part of the discussion all offseason long until their futures are determined.

For now, the future of both players in a Bruins’ uniform is up in the air, as Sweeney would mention.

“We haven’t found a landing spot,” Sweeney said Wednesday. “I would hope that I’ll make the moves to be able to accommodate what he and his family and agent feel that he has earned. I would be the last person to begrudge any player trying to make the best decision they can make for their family.

“In a perfect world it’s with us, but we know that the world is anything but perfect right about now.”

For the Bruins, signing Krug and Chara and finding a way to make other improvements to the team would be optimal. Unfortunately, the salary cap exists and making decisions based entirely on the short-term is a risky game that clearly can’t always work out.

For Sweeney, making the right decisions and figuring out the future of both of his top-four left-shot defenders will be the priority this offseason. Unfortunately, he also has to figure out Matt Grzelcyk who is a restricted free agent, rounding out the entire left-side of the Bruins defense, as well as some other players as mentioned earlier on.