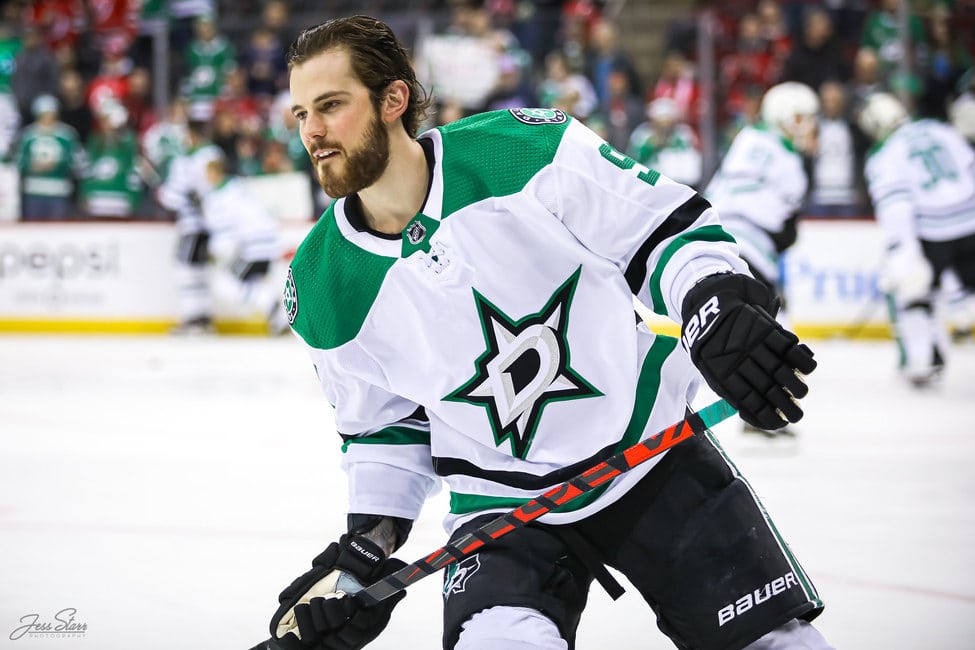 After an exciting play-in round with plenty of upsets and round-robin games to re-seed the top four, we are finally ready for the first round of the 2020 playoffs. The Dallas Stars went 1-2 in the round robin, losing to the Vegas Golden Knights (after leading 3-1) and the Colorado Avalanche, but managed to pull off the shootout comeback 2-1 win against the defending champion St. Louis Blues.

It was a tough round robin as the Stars looked downright bad for much of it, but there were glimpses of hope and cause for some optimism. We now know they will play the Calgary Flames in the first round.

The Stars went 1-1-1 against the Flames this season, but the 2-3 shootout loss and 3-1 win came with Jim Montgomery and Bill Peters as the coaches of their respective clubs. The only game between them with interim Stars coach Rich Bowness and Flames interim coach Geoff Ward was a resounding 5-1 win for the Flames in Dallas on Dec. 22, 2019.

Because of all the variables it is hard to glean a lot from the season series. There isn’t a tremendous rivalry between the two clubs and they have only met once previously in the playoffs in 1981 when they were the Minnesota Northstars. The Northstars won that series 4-2 before falling to the New York Islanders in the Stanley Cup Final. This series may ignite a new rivalry between the Stars and Flames.

The Flames eliminated the Winnipeg Jets three games to one with relative ease, though the obvious caveat is that the Jets were without top-line center Mark Scheifele and winger Patrik Laine who were both injured in Game 1. The four-game play-in series is a small sample size, but the Flames were able to improve their expected goals rate, which is a metric of expected goals against per 60 (xGA/60) versus expected goals for per 60 (xGF/60), compared to the regular season. During the regular season, the Flames were pretty average at xGA/60 and only slightly ahead of the average at xGF/60.

In the play-in series, Calgary was able to enter the “good” range by improving both xGA/60 and xGF/60. Meanwhile, Dallas slightly improved their xGF/60 but dramatically worsened their xGA/60. The Stars were, by far, the worst at xGA/60 in this round, which is opposite of what they were in the regular season.

The Flames might have garnered confidence by handling the Jets and seemed to have found both improved defense and offense. The Flames got points from their top players with Sean Monahan leading the way with two goals and four assists for six points, while Johnny Gaudreau and Elias Lindholm each had three points and Matthew Tkachuk had two. If the Flames’ offensive production continues, it is unlikely the Stars can match them. The Stars will have to hope their previously stingy defensive acumen returns.

Round-Robin Lessons for the Stars

In nine periods of hockey across the three games, not including the overtime of the third game, the Stars scored a total of four goals in just two of those periods. While they were able to put pressure on their opponents at times, they were not able to do it consistently and were dreadfully pinned in their own zone for much of the scoreless periods, especially against the Colorado Avalanche. One major positive was the goal by Joe Pavelski. The long-time San Jose Sharks captain had a bit of a disappointing season after signing a big three-year, $7 million per season contract and dipping from a 70 point pace to 38.

Over the three round-robin games per Evolving Hockey, the Stars had an xGF/60 of 2.62, which is not a terrible number and similar to the Flames’ 2.64. The problem is that the usual defensively stingy Stars had an xGA/60 of 3.75. You don’t need a math degree to realize that formula is not going to lead to a long playoff run. What’s worse is that the Flames, who were not nearly as good as the Stars in the regular season, managed an xGA/60 of 1.95 over their four games.

Several of the Stars’ best players, Ben Bishop, Tyler Seguin, and John Klingberg missed games during the round robin. Bishop played the first game, albeit not well, Seguin the first two, and Klingberg missed the middle game. We aren’t going to get great clarity on the status of those players, but this note from Sean Shapiro is at least somewhat reassuring.

It is unclear what has caused their absence and for Seguin and Klingberg, any prolonged absence will be extremely bad news for the Stars. Bishop should be missed slightly less as Anton Khudobin has played better than Bishop in the round robin and deserves continued starts. At any rate, it is obviously less than ideal for these players to miss time and the Stars sure hope they are all ready for Game 1 on Tuesday, Aug. 11.

Over the course of the season, Bishop and Khudobin combined to save 12 more goals than expected per Evolving Hockey, a number that far exceeds the -11 by the Flames’ Cam Talbot and David Rittich. The clear edge here should belong to the Stars, even if Bishop is out for the series. On the other hand, the gap has significantly closed during the playoffs with Khudobin saving just one more goal than expected and Talbot three. Rittich has yet to see a game in the playoffs, and he might not if Talbot and the Flames continue to play well.

In my Stars playoff preview, I mentioned the three highly touted prospects who might see action. Only Thomas Harley got into a game and he wasn’t much of a factor. If there are injuries or the Stars need more offensive pop, we might see one of Harley, Jason Robertson, or Ty Dellandrea yet.

The goaltending has already been an x-factor as it was a big reason why the Stars lost the game against the Golden Knights and won against the Blues. Continued strong play from Khudobin or a return to previous strong play for Bishop is essential if the Stars hope to have success against the Flames.

It doesn’t look good for the Stars. The Flames are hot — no pun intended — and confident coming off their series win against the Jets. The Stars looked inconsistent at best in the round robin. Best case scenario is they reaffirm their strong defensive play and stymie the Flames. They will also need to score some timely goals, for which they’ve generated enough scoring chances if the defense holds.

The oddsmakers seem to have the Stars as the betting favorite at -112 on Draftkings. Despite what the oddsmakers say, there are a lot of ifs and caveats to the Stars’ success, leading me to predict the Flames will win this series in six games. For the sake of the Stars, I hope I am wrong.