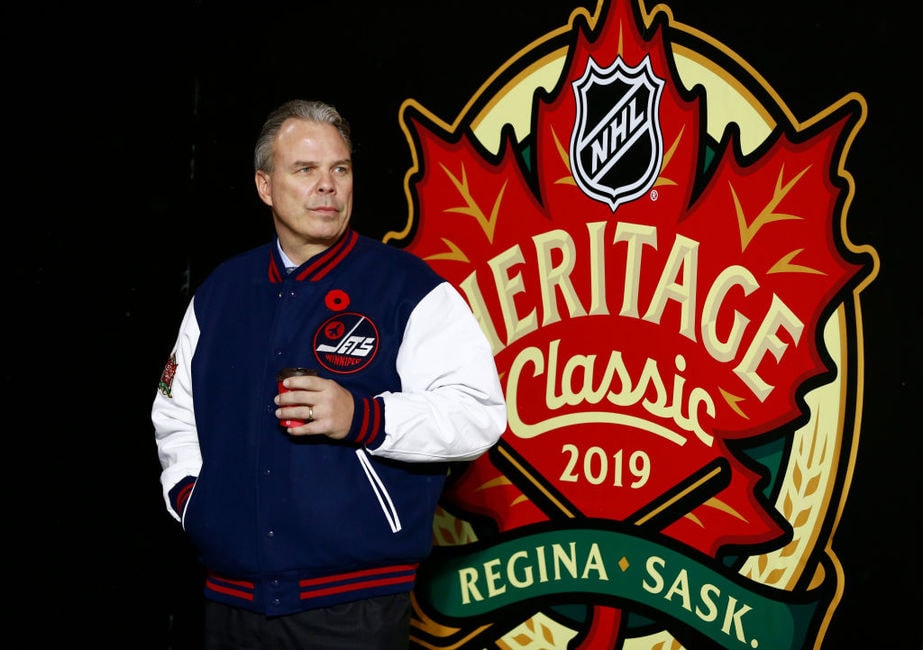 Whether the balls fall the Winnipeg Jets’ way or not this Monday when Phase 2 of the NHL Entry Draft takes place, the Jets really can’t lose.

By virtue of their anticlimactic, disappointing Stanley Cup Qualifier performance — in which they were dispatched rather easily by the Calgary Flames in four games — the Jets are one of eight teams with a 12.5 per cent chance of winning the first-overall selection.

There are some Jets fans who have argued since Thursday night that it’s better the team was eliminated. These fans didn’t see the Jets as a true Cup contender and believe the chance of landing a once-in-a-generation talent is better than winning the Qualifier but losing in the first round.

In case you’ve been self-isolating on a desert island, whoever wins the Lottery is going to take Alexis Lafreniere, a teen phenom who put up a ridiculous 112 points in 52 games for the QMJHL’s Rimouski Oceanic in 2019-20.

It goes without saying that adding a player of such calibre drastically alters the face of any franchise. The left-winger has been described by NHL Central Scouting as:

An exceptionally smart player with top-end speed and pull-away gear. Great at carrying the puck and leading rushes. Executes under pressure and has great vision and anticipation – very good quickness with the puck and exceptional ability to change speed. Elite puck skills and visions to create plays in the offensive zone.

He’s a NHL-ready guy who has already shone on big stages, such as at the 2020 World Juniors. The 18-year-old led Canada to gold with four goals and six assists and was named tournament MVP after returning from a knee injury that seemed it would knock him out of the tournament entirely.

To be entirely frank, the Jets don’t need Lafreniere as much as some other teams. They already have two top-six left-wingers in Kyle Connor and Patrik Laine. Both are with the Jets for the long-term and produced a combined 131 points this season.

But man, oh, man, what a good problem it is to have too much talent, and how interesting it would be to see Lafreniere compete for one of their spots.

Jets Aren’t Losers Even if They “Lose”

Even if they don’t win the big prize, the Jets will still be in a great position as they are guaranteed a top-10 pick.

2020 has been the most insane year in recent memory, and the 2020 Stanley Cup Playoffs have fittingly followed suit.

There have been a number of big upsets in the best-of-five Qualifiers and teams predicted to go deep have been sent packing early, including the Edmonton Oilers, Nashville Predators, and Pittsburgh Penguins. They were dispatched by lower-seeded underdogs in the Chicago Blackhawks, Arizona Coyotes, and Montreal Canadiens, respectively.

These upsets are good for the Jets, as draft slots nine through 15 are assigned in inverse order based on teams’ points percentages at the time the NHL came to a screeching halt in March due to the COVID-19 pandemic.

The Oilers, Predators, and Penguins all have better points percentages than the Jets’ .563 mark. So do the Florida Panthers, New York Rangers, Columbus Blue Jackets, and Toronto Maple Leafs, (the latter two play their Game 5 Sunday evening.)

A top-10 pick is quite an upgrade over what would have been a mid-rounder if the season had played out as normal.

In late June, we took a look at five Jets’ first-round targets and why General Manager Kevin Cheveldayoff should prioritize forwards over defencemen.

Check out that article for more detail on the potentially impactful players who now — thanks to their improved position — the Jets have an even better likelihood of landing.

If the Jets opt for a right-winger, where they arguably have the least depth, they could select Dawson Mercer, the second-ranked QMJHL prospect behind Lafreniere.

If the Jets opt to take a centre, they could snag the high-Octane Dylan Holloway, hometown product Seth Jarvis, or playmaker Connor Zary.

With doubt swirling around whether Bryan Little — who suffered a serious head and ear injury back in November— will ever play again (and tons of discourse for years now as to whether he’s a suitable second-line centre even when healthy) a centre could be the best way to go.

There’s also the outside chance that one of the players ranked in the top 10 such as Cole Perfetti, Jack Quinn, or Marco Rossi, fall.

Regardless of if he wins the first-overall pick, or who other teams choose, Cheveldayoff should be licking his chops.

He’s got an outstanding and unexpected opportunity to deepen his team’s shallow prospect pool and accelerate the reload they need. He’s done excellently in most of his nine drafts since relocation, and has every opportunity to do well in his 10th.

The Dallas Stars are winning the Stanley Cup goaltending battle with a career backup — Khudo for that
3 Takeaways From the Stars Game 2 Loss in the Stanley Cup Final
Brad Marchand: Hall of Fame Worthy?
Penguins Need to Focus on Youth to Keep ‘Window’ Open
Predators’ Josi Captures First Norris Trophy