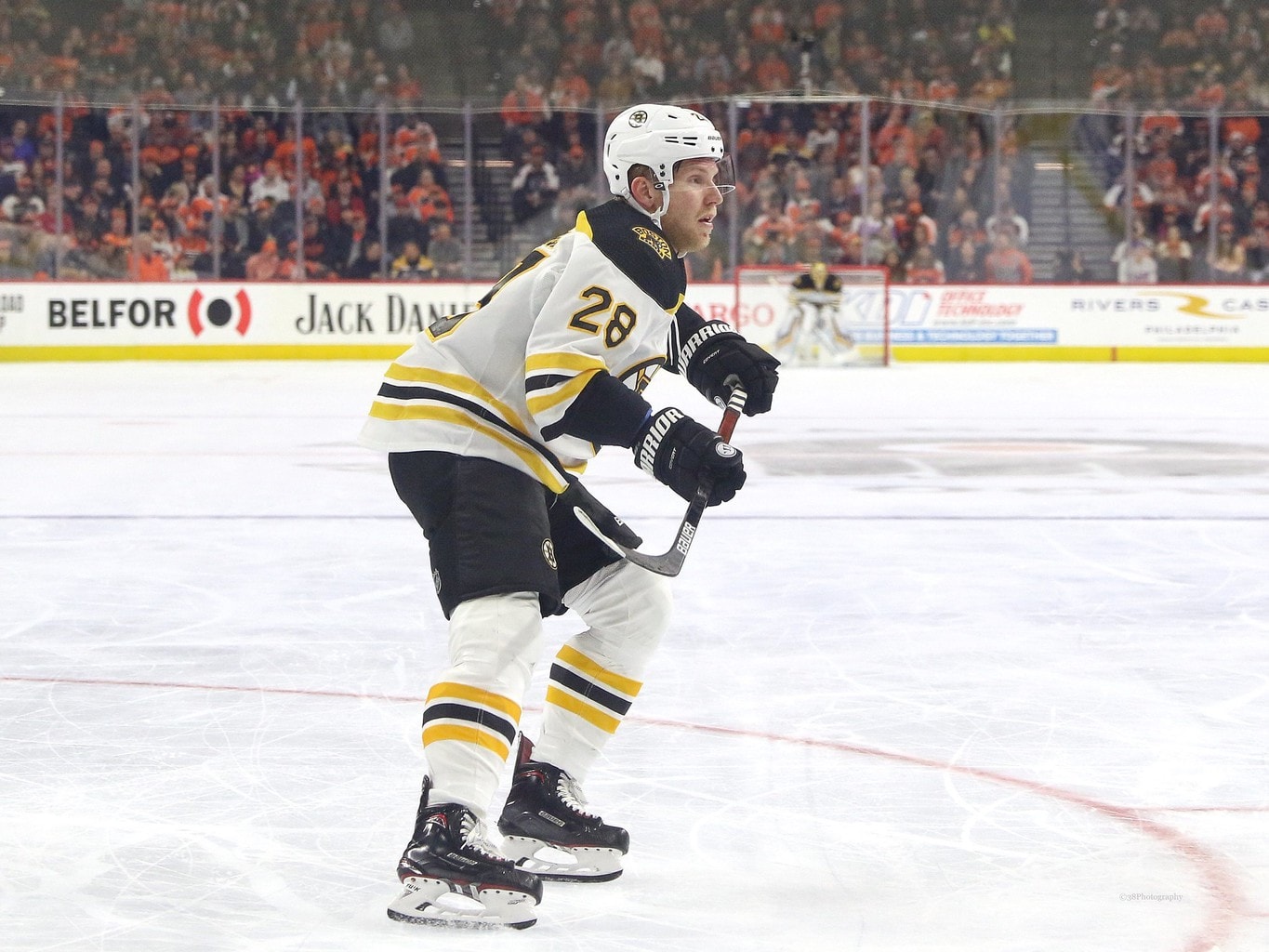 Boston Bruins alternate captain David Krejci centered one of the best lines in the team’s recent history when the Czech pivot and wings Milan Lucic and Nathan Horton steered it to Stanley Cup victory in 2011. Now, Horton and Lucic have been gone for several years, and the second line has never been as good.

A huge part of the problem is that the coaches have struggled to find a line combination that develops enough chemistry to stick together long and be productive. Krejci has been a mainstay at center, and Jake Debrusk has played on his left wing for a majority of the last few seasons. However, dozens of right-wing options have been tried, and none have really proven to be all that successful.

Now, it seems the Krejci and Debrusk honeymoon may be nearing an end, at least in the eyes of head coach Bruce Cassidy, who did not mince words recently in his criticism of the duo’s play. As a result, Debrusk found himself relegated to an unfamiliar third-line, right-wing position in Thursday’s loss to the Tampa Bay Lightning.

The Case for Kase

It looks like Debrusk may be back on the second-line, left-wing slot for the Bruins’ final round robin game against the Washington Capitals on Sunday. He rotated in that position with Karson Kuhlman in Saturday’s practice. However, Krejci and Debrusk or Kuhlman will need to familiarize themselves with another right wing who has played very little since being traded to the Bruins in February: Ondrej Kase.

Kase did play a few games alongside Debrusk and Krejci in the short period of time between when he arrived in Boston and when the National Hockey League put play on hold in mid-March. But he was still recovering from injury issues for a large portion of those few weeks, so the coaches and his teammates really have seen only a very small sample of his style of play and how he fits into the lineup.

Kase was placed in quarantine in the very early stages of the abbreviated July training camp, and has only practiced a handful of times since the Bruins returned to play last month. As a result, that essentially leaves Cassidy with one game to decide if he will be the best fit to fill the troublesome right-wing position going into the first round of the playoffs.

Of course, that is a tall order, and likely can’t be accomplished in three periods of play. Since the Bruins’ top six has failed to contribute offensively in the first two round-robin tournament games they have played, a major question mark on the second line is certainly cause for concern.

Cassidy seems keen to get Kase and fellow forward Nick Ritchie, who was also acquired by the Bruins in February, some regular playing time. The coach mentioned last week that those two players were brought in to help the team in the playoffs. So, it appears they will be given every opportunity to do so.

Waiting in the Wings

The wild card, if you will, in the second-line scenario is talented prospect Jack Studnicka. The future star impressed perhaps more than the coaches expected in summer camp and the ensuing practices. That first impression translated into the young forward getting a turn on the second line. Although his presence didn’t make a difference on the scoresheet, he did help create some quality chances and his speed was impressive.

Studnicka has since been asked to take a seat in favor of getting Ritchie and Kase some game action. If either of those two impress the coaching staff enough to lock down a spot, the youngster could be asked to watch from the sidelines for the time being.

If Kase does not work out as hoped, or injuries and other lineup changes come into play, Studnicka looks like a very viable option. Of course, it’s still too soon to tell if he is the answer for the future the Bruins brass have long awaited.

Who’s It Going to Be?

The past two seasons alone have seen a revolving door of second-line wingers, including Studnicka, Kuhlman, Anders Bjork, and Zach Senyshyn, as well as Danton Heinen and David Backes, who have since been traded to the Anaheim Ducks in exchange for Ritchie and Kase. Bruins superstar David Pastrnak, who shared the goal-scoring title with Washington Capitals captain Alex Ovechkin in the pandemic-shortened 2019-20 season, has even moved down a few times to add some support to his fellow Czech countryman.

However, the bottom line is that the second line on any hockey team is expected to score. If that line does not provide its fair share of offense, the team is most likely going to struggle to win games.

For a team that had to rely very heavily on the play of its bottom-six forwards and goaltending to push through to the final round of the 2019 playoffs, this could not be more obvious. Whether the issue is Krejci himself or the fact that he and Debrusk have failed to find consistent chemistry with numerous potential linemates, it is a problem Cassidy should be heavily focusing on with playoff games that count quickly approaching.