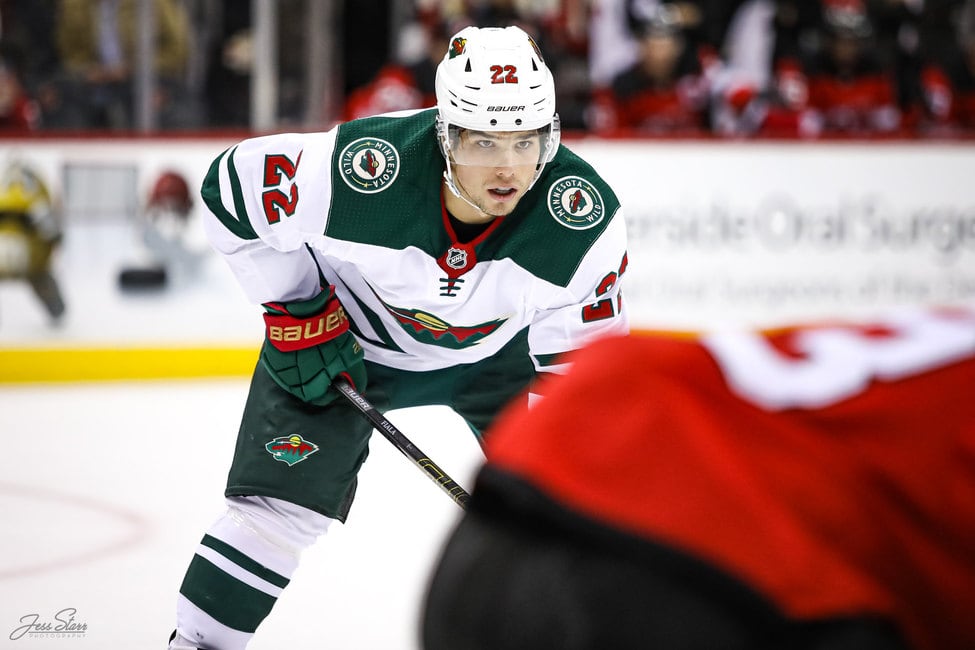 The 4-3 score doesn’t really paint a fair picture of how lopsided the game was. The Minnesota Wild started Game 2 about as poorly as possible. They fell behind less than a minute in and were never really able to dig out of the hole.

To their credit though, they never stopped trying.

Even down to the final seconds, the Wild kept battling to try to put the puck in the net. The lack of quit from the entire roster, the solid play of the penalty kill unit and some of the younger players rising to the occasion are things coach Dean Evason can build upon to get his team ready for Game 3.

It’s no secret that goaltending has not been a strong suit for the Wild this season. Coming off the high of his first playoff shutout, it wouldn’t have been odd for Stalock to get rattled by giving up a goal on the first shot of the game less than a minute in. However, that didn’t happen. The veteran goaltender stuck to his game. His rebound and puck control looked potentially shaky at times, but he fought through it and continued to make saves to keep his team in the game.

Of the three goals that were scored subsequent to the first, only J.T. Miller’s goal really beat Stalock cleanly. The other two goals were tipped on their way in. 24 saves on 28 shots is not a great night statistically, but throughout the regular season, Stalock has shown the ability to bounce back from rough nights like this. They say goalies need to have a short-term memory. There’s no reason to believe that Stalock cannot shake this one off and come back for the next game ready to go.

The Penalty Kill Survived the Onslaught

The Wild had the 25th-ranked penalty kill from the regular season. The Canucks had the fourth-ranked power play. That information tells you that giving up seven power plays should be a recipe for certain doom. Instead, Vancouver was only able to convert on one power-play chance, and it was their sixth of the game. The Wild saw five forwards with in excess of three minutes of shorthanded time and five of their six defenders saw extensive penalty-kill time. Marcus Foligno, Mikko Koivu, Ryan Hartman, Luke Kunin and Joel Eriksson Ek did the heavy lifting up front for the Wild and were all exceptional.

Their positioning as the 25th ranked penalty kill unit in the NHL does require some context. The Wild finished the regular season with a kill percentage of 77.18 percent. However, their kill percentage under Evason was 91 percent after he was made interim head coach in February. The improvements he was able to make paid dividends in this game.

Related: Wild’s Game 1 Was What Every Coach Wants to See

In spite of getting into penalty trouble and giving a very lethal power-play unit way too many chances, the Wild were able to keep the game within reach. Shutting down the vaunted Canucks’ power play six out of seven times should be a point of pride for the coach and his team, and is certainly a positive takeaway.

With three minutes left of the game, the score was 4-1 with the Canucks comfortably leading. With 2:29 remaining, Fiala fired a bullet on net that bounced out so fast, it looked like it hadn’t gone in. The goal made it a 4-2 game with under three minutes to play, but it breathed life into the entire Wild bench. A two-goal deficit with 2:29 remaining against a team that has dictated the play all game long would seem like an insurmountable mountain to climb. It didn’t matter. The Wild came out for those final minutes and let the Canucks know that there would be no easy wins in this series.

The Wild poured it on and with eight seconds left in the game, it was Fiala who once again ripped a shot past Jacob Markstrom. Now, it was 4-3. It’s a long shot to win the face-off and get down the ice for a shot with eight seconds remaining, but there was this sense that maybe they could pull this off. Maybe this really improbable thing was not impossible.

The improbable thing didn’t happen, though, and the game finished 4-3, but those two late goals from Fiala sent a message to both teams. When the game is on the line, teams look to their stars and their leaders to put the team on their shoulders and carry them through. With those two late goals, Fiala signaled to his team that he is willing to be that guy. For the Canucks, those two goals were Fiala’s way of reminding them that this is a best-of-five series, and that the Wild will not go away quietly.

Galchenyuk, Kunin and Eriksson Ek All Made Their Presences Known

Alex Galchenyuk had a rough game. He had a turnover that led to a goal against and he also took a bad penalty that put his team down a man. But in spite of those plays, his coach didn’t bench him. Evason kept putting him on the ice, giving him a chance to redeem himself. For his part, Galchenyuk did his best to deliver.

Unfortunately, it didn’t result in any points for the team, but Galchenyuk’s effort every shift was palpable. It was clear that he was angry at his mistakes and trying very hard to make up for them. One key area in which he was able to help his team was from the faceoff dot. The Wild as a team went 37 percent from the faceoff dot, but Galchenyuk was 50 percent on his draws. His 14:01 of ice-time was second among Wild centers and his 5:40 of power-play time was second among all Wild forwards. The effort was there, and he clearly had the belief of his coach. It just didn’t translate into points for him.

If the Wild had an MVP through the first 57 minutes of the game, it was probably Luke Kunin. The 22-year-old wing had four hits, two shots on goal and a short-handed tally in 15:18 of ice time. He was a disruptive penalty killer and a continuous nuisance to the Canucks whenever they tried to move the puck up ice against him.

Vancouver defender Alex Edler went in for big open-ice hit on Kunin at one point. Edler is known for his physical play, but didn’t do so well in his open ice attempt to physically challenge Kunin. I honestly can’t remember the last time I saw Edler bounce off of somebody.

Joel Eriksson Ek’s defensive play from the center position was already well-known in Minnesota hockey circles. He’s taking it up a notch in front of a national TV audience during this series, and it was on display again in Game 2. I honestly wouldn’t be surprised if general manager Bill Guerin gets a few calls from teams inquiring about acquiring Eriksson Ek during the offseason.

As a shut-down center, he continues to evolve and has a lot of success playing against highly skilled opponents. In spite of the fact that the Canucks led for most of the game, Eriksson Ek often found himself a target during post-whistle scrums. He’s clearly begun to get under the skin of his opposition. If he can continue to frustrate the Canucks’ top players and put them off of their games, his team may be able to capitalize on their mistakes.

A 4-3 loss is not how the Wild wanted Game 2 to go. Now, they have a day off before playing Games 3 and 4 on back-to-back days. Evason will have to focus his players and highlight the things they did right while correcting the things they did wrong. In spite of the score, this team did not quit battling until the final horn sounded. Young players are stepping up and showing that they are willing to do whatever it takes to propel this team forward. The long-time journeyman backup goaltender has established himself as a capable playoff starter and a penalty-kill unit that was one of the worst in the league showed that it could hang with one of the best power-play units in the league.