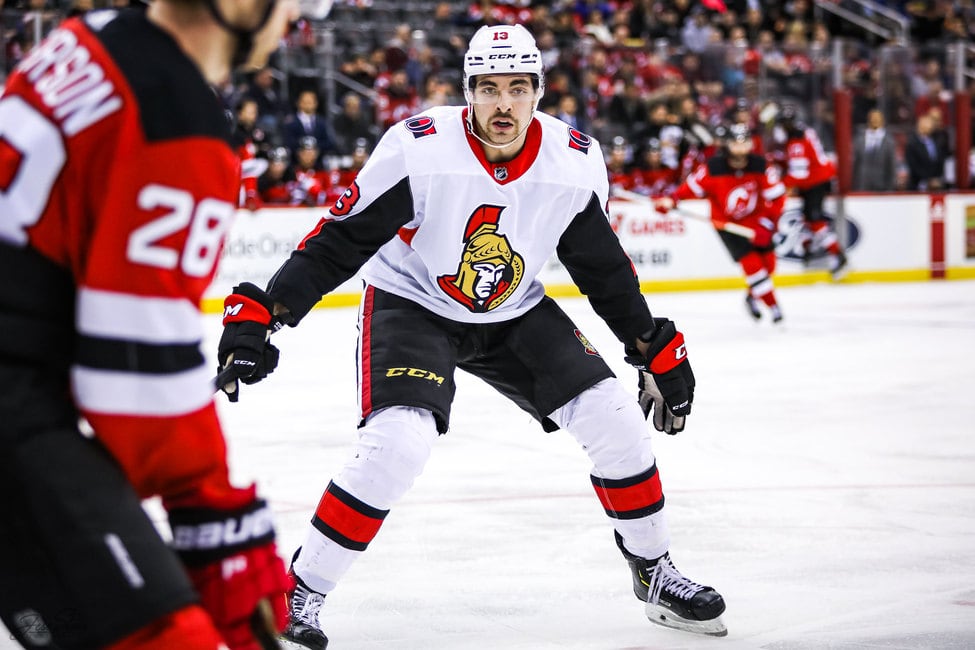 Over the past few seasons, the major talking points regarding the Ottawa Senators have revolved around their owner, Eugene Melnyk, and their plethora of talented youngsters. Some of these young guns currently hold roster sports, while others are flexed between the NHL and Ottawa’s American Hockey League (AHL) affiliate, the Binghamton Senators. With Ottawa granted the third and fifth-overall picks at the 2020 NHL Draft Lottery, two more high-level prospects are on the horizon. Needless to say, it’s an exciting time to be a Sens fan.

On a team with Brady Tkachuk, Thomas Chabot, Colin White, Drake Batherson, Connor Brown, and Bobby Ryan, it’s easy to see how someone could get “lost in the shuffle.” Nick Paul is a player that is often overlooked in Canada’s capital city. A successful junior player and former fourth-round pick of the Dallas Stars during the 2014 NHL Entry Draft, it’s taken Paul a few years to find his game and adapt to the rigors of the NHL.

However, this past season saw Paul make some pretty significant strides as a player. So much so, that I would tip him to become the next 20-goal scorer on the Senators roster. Let’s take a closer look at Paul’s playing style and examine why such a prediction bodes large for both himself and the team in 2020-21.

Paul’s (Not So) “Junior” Career

Paul’s path to the NHL began in the Ontario Hockey League (OHL). As a key member of the North Bay Battalion, he quickly established himself as one of the most dominant players in Canadian junior hockey. With the Battalion, he tipped the scale at 6-foot-3, 200 pounds. Not too shabby for a teenager, now is it? His three seasons in North Bay saw him tally 75 goals, 65 assists, and 140 points to go along with 109 penalty minutes and a plus-43 rating.

Nick Paul was also selected to represent Canada during the 2015 World Junior Hockey Championships co-hosted by Montreal and Toronto. For a player born and raised in Mississauga, Ontario, donning the red and white was a dream come true. To score a goal in the final game against the mighty Russians on home ice and win a gold medal alongside the likes of Josh Morrissey, Brayden Point, Connor McDavid, Max Domi, and current teammate Anthony Duclair, is just the icing on the cake. The foundation was laid and the stage was set for Paul to take the next step in his development.

The Many Roads to Ottawa

Paul never suited up for the Stars. In fact, while still in junior, he — along with Alex Chiasson, Alex Guptill, and a 2015 second-round draft pick — were traded to the Senators in exchange for Jason Spezza and Ludwig Karlsson on July 1, 2014. At the start of the 2014-15 campaign, Paul made his professional debut with Binghamton, tallying 17 points in 45 games.

The following season saw much of the same for him but he was “called up” to the Sens on Feb. 16 against the Buffalo Sabres. Eight days later, he notched his first career NHL goal against the Edmonton Oilers. After bouncing back and forth between the AHL and NHL over the past few seasons, it looks as though Paul finally secured a permanent residence in Ottawa.

This career progression is a tribute to Paul. For many players, the constant shuffle between the AHL and NHL can be discouraging, disheartening, and above all else, frustrating. In addition, Paul also dealt with several injuries which further stunted his development by keeping him on the sidelines. Despite the setbacks and demotions, Paul’s hard work, dedication to his game, and strong play at the AHL level have earned him a spot in the Senators’ lineup for the foreseeable future. Paul is also viewed as a key figure in the team’s rebuild moving forward.

The 2019-20 campaign saw Paul “stamp” his authority in the Senators’ lineup in ways he never could before. For starters, he (finally) filled out his frame, standing at a whopping 6-foot-4, 220 pounds. This marks a growth by one inch and 20 pounds since his time in junior. He also started to use his body more by being effective on the forecheck and chasing down loose pucks with his strong and powerful strides. More and more people around the hockey world are beginning to see that prototypical power-forward potential oozing from Paul, which is music to the proverbial ears of Sens fans.

This season also saw Paul display his versatility by playing down the middle as a centerman or on the wing primarily on Ottawa’s third line. He also won 51.2% of his faceoffs with 39 blocked shots and 122 hits while really focusing on playing a complete 200-foot game. His attention to detail and ability to excel at the smaller aspects of the game has come full circle. He’s proven to be reliable and multi-faceted, which has impressed the coaching staff and management group in Ottawa. It’s taken some time, but Paul is finally starting to “get it” at the NHL level.

Scoring wise, Paul finished the campaign with 9 goals and 20 points in just 56 games while averaging 14:27 worth of ice time. He also had an even plus/minus rating, which speaks volumes as the (rebuilding) Senators were the second-worst team points-wise (62) in the NHL. When it comes to his shot, Paul’s release has also improved tremendously. If he continues to trend in the right direction, his ice time, responsibility, offensive production, and goal output should continue to rise. Simply put, he is a player who has continued to improve everywhere he has played, and there’s good reason to believe he will do so in a Senators uniform.

Up Next for Paul?

Up next in Paul’s quest for 20 goals is to keep improving and developing. In addition, he will continue to benefit from playing a strong two-way game and using his large frame in all three zones of the ice. He has proven time and time again that he can score at all levels as an accomplished junior player and pro in the AHL. He has the size, skill set, and work ethic to really take his game to a new, and unprecedented level. For these reasons, I think that Paul has a bright future ahead of him as a bonafide, 20-goal scorer, and one of the more impactful power-forwards in the NHL. The ball is firmly in his court.

Ontario Premier Ford confident in NHL’s pandemic plan for hub cities
The biggest NHL playoff goalie dilemmas — and who should get the start
Penguins sign Schilkey, Nastasiuk to AHL deals
Emily Cave: My husband died at 25. Here’s how I’ll remember him.
Blackhawks stand by name, commit to ‘expand awareness’ on Indigenous contributions