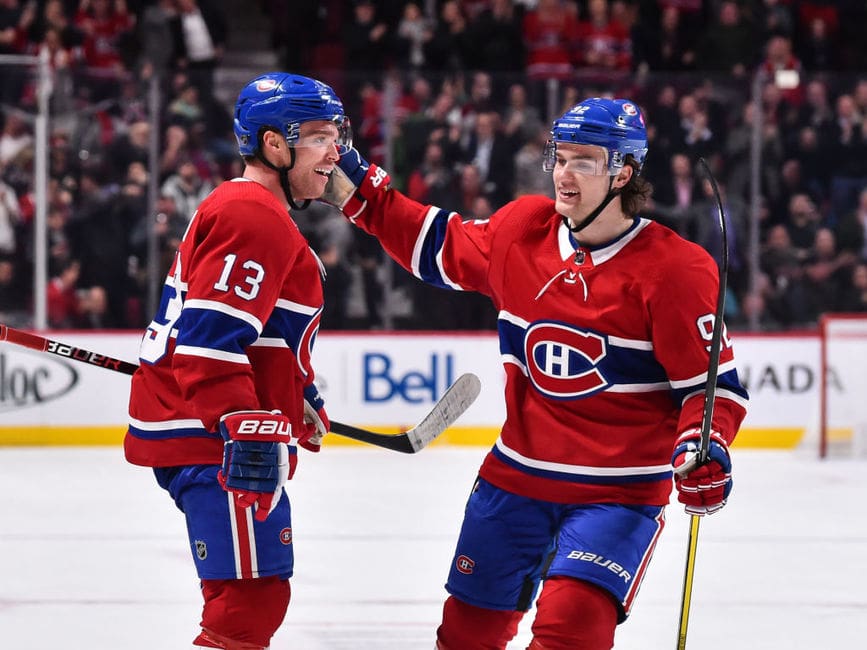 In today’s NHL rumor rundown, the NHL has officially honored a few stars with awards, putting any debate to rest about where the play-in points might go. In Montreal, the Montreal Canadiens got good news and potentially bad news. The Toronto Maple Leafs are adding a prospect to their playoff roster, and the San Jose Sharks have questions they aren’t quite ready to answer.

Montreal Gets One Player Back, Another Questionable

Montreal Canadiens GM Marc Bergevin revealed on Twitter today that forward Jonathan Drouin will be healthy and active for the team’s playoff series. Drouin missed most of the season due to a variety of injuries, and if he’s back and healthy, and anywhere close to the 2018-19 version of himself, this could be a huge boost for the Habs.

Unfortunately, the availability of forward Max Domi is in question. Bergevin spoke to media and noted that there are questions about whether or not Domi will play because he’s a diabetic, and team doctors may determine it is unsafe for him to join the team during the pandemic. Medical testing has shown that diabetics are 25% more likely to require hospitalization and while Domi has had no prior issues with his Type 1 diabetes during his NHL career, the Canadiens don’t want to take any unnecessary risks.

Bergevin also explained to Renaud Lavoie of TVA Sports this week that the team will not be issuing contract offers to prospects Allan McShane, Cole Fonstad and Samuel Houde.

Related: The Maple Leafs and the Legacy of the Muskoka Five

Detroit Red Wings GM, Steve Yzerman noted on a conference call with media that he is not planning on making a coaching change at this time. Helene St. James of the Detroit Free Press, explained that Blashill signed a two-year contract extension in 2019 that carries him through the 2020-21 season. While his 153-194-52 record isn’t glowing, he’s not being held responsible for the failures of the team.

When he met with the media following the February trade deadline, Yzerman backed Blashill, saying it was unfair to judge him on the team’s record because of various factors, most notably the number of injuries (Larkin and Bertuzzi were the only Wings not to miss a game this season).

Toronto Maple Leafs GM Kyle Dubas announced on social media that 2019 top pick Nick Robertson will join the team for their playoff run. Dubas had previously noted he expected Robertson to battle for a position on the team next season but the situation surrounding the NHL now has changed things.

Robertson, 18, recorded 86 points in 46 games for the OHL’s Peterborough Petes and also starred for Team USA at the World Juniors. He may not play much with the Maple Leafs, but the thought is that he’ll get an opportunity.

Related: Every Stanley Cup Winner Since 1960

Amalie Benjamin of NHL.com noted that San Jose Sharks GM Doug Wilson said on Tuesday that interim head coach Bob Boughner isn’t guaranteed a job with the organization next season. Wilson notes, “We are still in the process.”

“I’ve talked to all our players. I’ve been talking to Bob quite a bit lately, talking about just how we want to play and some adjustments, and some things that were learned through not only our team this year, but around the League, what works and what doesn’t.

“So it’s a process that’s ongoing. Very difficult to come in and coach a team halfway through the year. You don’t necessarily have all the ingredients in your staff that you want around you. … I think he came in and did a very good job.”

Wilson noted that he also talks to Joe Thornton almost daily and they are continually in communication about their future plans. It sounds like Thornton will be back with the team next season.