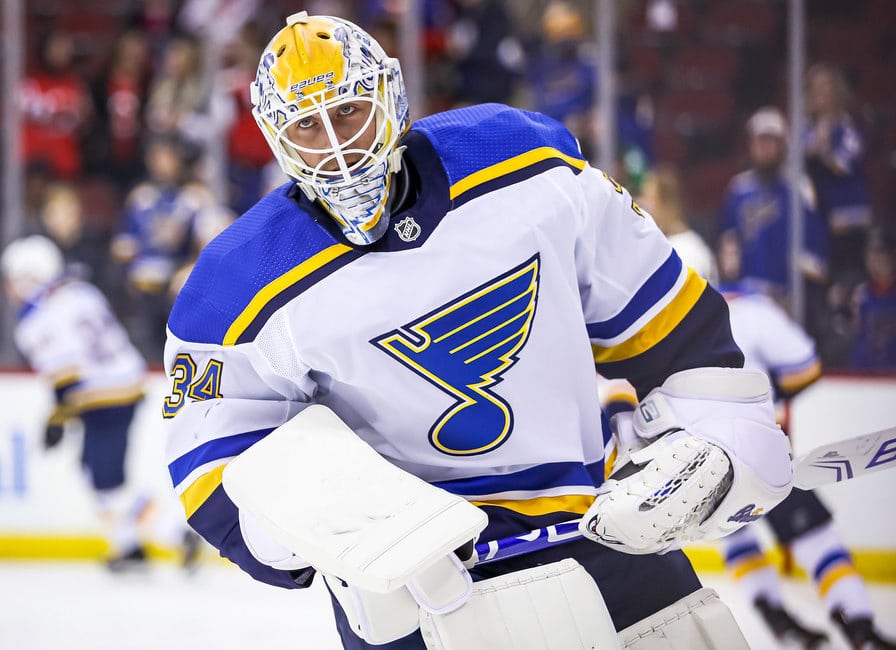 In today’s NHL rumor rundown, there is speculation on what kind of contract the Edmonton Oilers will sign with Andreas Athanasiou. In St. Louis, there are questions about who the Blues will move to free up space for Alex Pietrangelo. In New Jersey, the Devils tried to bring in a coach but were shut down, and the NHL released a memo providing more details on Phase 2.

According to Bruce McCurdy of the Edmonton Journal, the Edmonton Oilers and Andreas Athanasiou’s camp might have a plan for future contract negotiations. One thing seems clear, he doesn’t believe those talks will happen before the NHL returns to play.

McCurdy writes that there are many expiring contracts on the Oilers that will need addressing and many of them may be signed before play resumes. That said:

I doubt that Andreas Athanasiou will be one of them, as both player and club turn their attention to the impending playoffs to establish his value. Which makes the following “best guess” a tad premature.

A qualifying offer of a flat $3.0 million is required to keep the player, and that seems a reasonable starting point as a valuation of the former 30-goal scorer.

McCurdy adds that he doesn’t expect a dramatic negotiation here, just a quiet extension for one season at similar cap hit.

Tom Timmermann of St. Louis Blues Dispatch feels trading Jake Allen is a real possibility for the St. Louis Blues. As the team finds ways to make space for their captain, both Allen and Jaden Schwartz are players to watch.

Trading Allen could be the easiest way to get the cap space needed to re-sign Pietrangelo. Allen’s play has likely driven up his value to where other teams would be interested. And Husso seems like he’s ready to go, though the team really wishes he got some in-season NHL experience.

As for Schwartz, if the Blues decide to move him, trading him early and before he gets his last full season in before his contract expires could improve his trade value.

Devils Had Eye on Coach

Jokke Nevalainen reports via a Hockeysverige.se story that the New Jersey Devils were interested in Rikard Gronborg as their head coach but he wasn’t allowed to get out of his contract with Zurich.

The NHL has released a memo to all teams and players, noting that their plans are to move to “Phase 2” of their return-to-play plan at some point in early June. This will include small informal workouts (six players at a time), but not include coaches or support staff.

As part of the Phase 2 plans, all players will be tested for COVID-19 two days before starting the workouts, and will then be tested twice a week thereafter. According to Bruce Garrioch of Postmedia, players returning from other countries will need to go through a 14-day quarantine

The NHL has left it open for the dates to change. As the NHL continues to monitor respective markets the overall timing of Phase 2 might be adjusted.

Renaud Lavoie of TVA Sports is reporting that he’s hearing June 26 is the date that we should have the NHL Lottery Draft. He added that he has not heard reports on any specific dates for the actual NHL Draft yet.