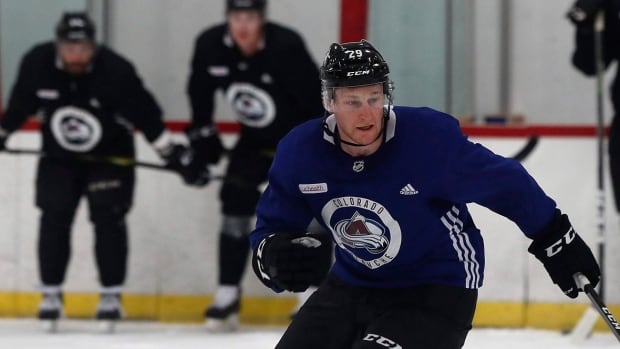 The NHL hopes to have players back in team facilities soon, with plenty of precautions.

The league, which was forced to pause its season March 12 because of the COVID-19 pandemic, released a memo Monday announcing it’s targeting early next month as the start date for Phase 2 of its return-to-play protocol, including the opening of practice rinks and allowing small, voluntary group workouts on and off the ice.

“It has not yet been determined when precisely Phase 2 will start or how long it may last,” the memo read. “We are continuing to monitor developments in each of the club’s markets, and may adjust the overall timing if appropriate, following discussion with all relevant parties.”

The NHL, which has worked closely with the NHL Players’ Association on the phased approach, said that while it views the protocol as “very comprehensive … (it) cannot mitigate all risk.”

Training camps not addressed in memo

“We recognize that players and personnel have family and household members who may fall into these vulnerable categories.”

The final two phases of the return-to-play protocol — training camps followed by a resumption of game action — were not mentioned in the memo. Phase 1, which continues after a number of extensions, saw players advised to self-quarantine after the novel coronavirus paused most of the sports world some 10 weeks ago.

The NHL Players’ Association has authorized “further negotiations” on a 24-team playoff format as the league bids to resume the 2019-20 season and award the Stanley Cup. Photo credit: USA TODAY Sports 6:02

The NHL/NHLPA Return to Play Committee has been hashing out details of what the game will look like if it’s allowed to return this summer. The union’s executive board approved further negotiations on a 24-team format Friday.

The Phase 2 memo sent to teams Sunday and made public Monday also states players and staff will be administered COVID-19 nasal swab tests two days before training begins, and will be tested twice a week afterwards. They will also be perform daily self-administered temperature and symptom checks at home before heading to their team’s facility.

Some players have resumed skating

Clubs must also administer “a separate temperature and symptom check at the entrance of the club facility.”

“As an over-riding principle, testing of asymptomatic players and club personnel must be done in the context of excess testing capacity, so as to not deprive health care workers, vulnerable populations and symptomatic individuals from necessary diagnostic tests,” the memo read.

Players who live in NHL markets other than where they play will be permitted to use local facilities, pending availability, meaning they won’t have to travel back to their team’s home cities for Phase 2.

WATCH | What would hockey in empty arenas look like?:

If (and when) hockey comes back, we know that fans will not be there. Rob Pizzo looks at what teams this may hurt the most. 2:24

Most NHL players have not been on the ice since the league halted its schedule, although some, including a number of Swedish players who returned home, have been skating in recent weeks.

The league said any player or staff member who develops COVID-19 symptons during Phase 2, including cough, shortness of breath, chest pain, fever/chills, muscle pain (not exercise-related), loss of smell or taste, cold-like symptoms, or gastrointestinal symptoms are expected to immediately notify medical officials and self-isolate.

If a COVID-19 test comes back positive, the player/staff member’s team will conduct contract tracing in conjunction with local health regulations.

Apart from laying out the groundwork for Phase 2 and continuing discussions on the 24-team format, plenty of other hurdles remain for the NHL and the NHLPA before the games will be allowed to resume.

Should the NHL return sometime this summer, it’s almost certain teams will be clustered in hub cities across North America — Vancouver, Edmonton, Toronto and Las Vegas are believed to be in the mix — with games being held in empty arenas.

The Stanley Cup has been awarded every year since 1893, save for 1919 because of the Spanish flu outbreak, and 2005 when a lockout led to the cancellation of the entire campaign.