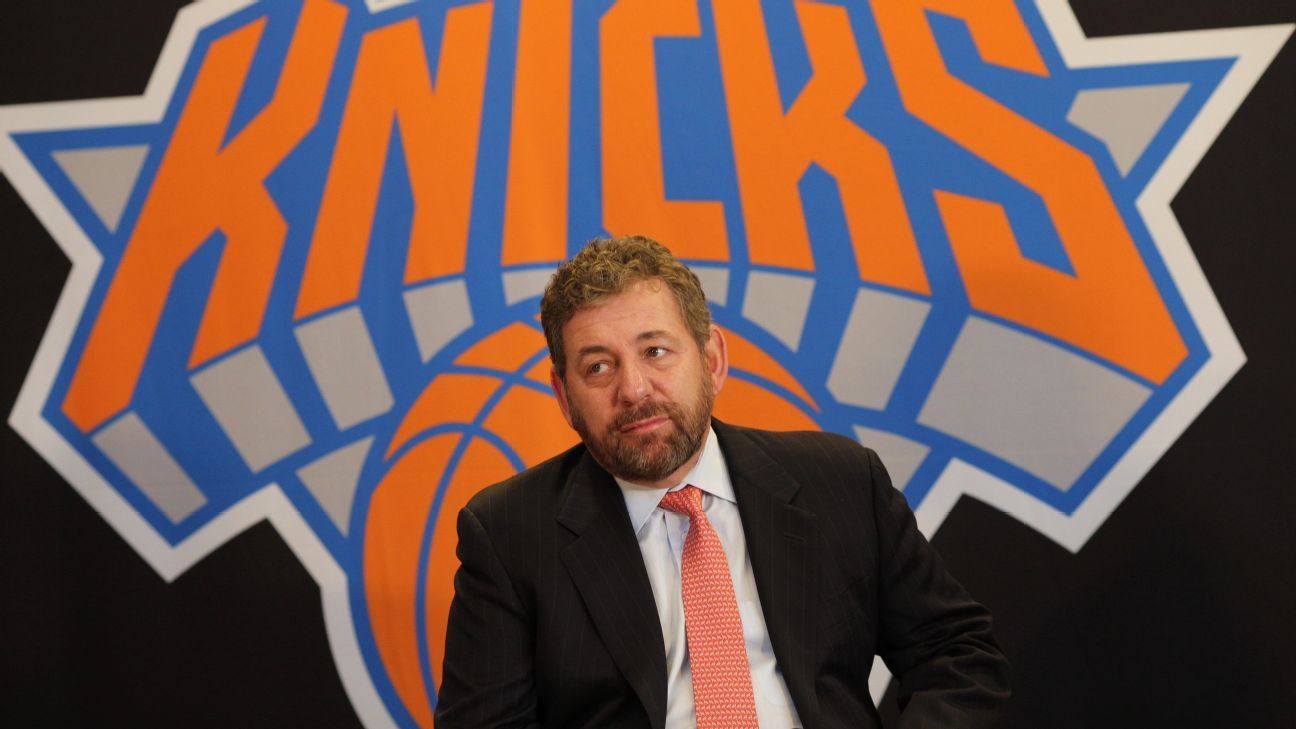 NEW YORK — James Dolan, the owner of the New York Knicks and New York Rangers, has tested positive for the coronavirus, his NBA team said in a statement on Saturday night.

The Knicks said that Dolan, 64, is experiencing “little to no symptoms” and is self-isolating. He is the first U.S. major pro sports owner known to have tested positive for the virus.

New York has become the epicenter of the COVID-19 outbreak in the United States. As of Saturday afternoon, there were more than 52,000 cases in New York state, government officials said. About 7,300 people were in New York hospitals Saturday, including about 1,800 in intensive care.

As cases continue to rise in the tri-state area, the Centers for Disease Control and Prevention instituted a travel advisory for New York, Connecticut and New Jersey residents, discouraging them from any “non-essential” domestic travel in the next two weeks.

The NBA has been on hiatus for more than two weeks, after players tested positive for COVID-19. At the time, the Knicks were 21-45.

The Rangers, much like Dolan’s Knicks, are in the midst of a rebuild. But, unlike their NBA counterparts, the Rangers orchestrated a surprising season before the NHL suspended operations. If regular-season play resumes, New York will bring a 37-28-5 record to the ice and will be two points out of the Eastern Conference’s final playoff berth.

Dolan made headlines during the 2019-20 NBA season for a verbal exchange with a fan who told Dolan to sell the Knicks and a feud with Spike Lee that caused the Oscar-winning director to stop going to games at Madison Square Garden for the remainder of the season.

Earlier this week, Dolan and the MSG Company formally sold The Forum, in Inglewood, California, for $400 million in cash to LA Clippers owner Steve Ballmer.

The Knicks said in Saturday’s statement that Dolan continues to oversee business operations for the Madison Square Garden Company, of which he is the executive chairman.

For most people, the coronavirus causes mild or moderate symptoms, which can include fever and cough but also milder cases of pneumonia, sometimes requiring hospitalization. The risk of death is greater for older adults and people with other health problems.

Information from the Associated Press was used in this report.