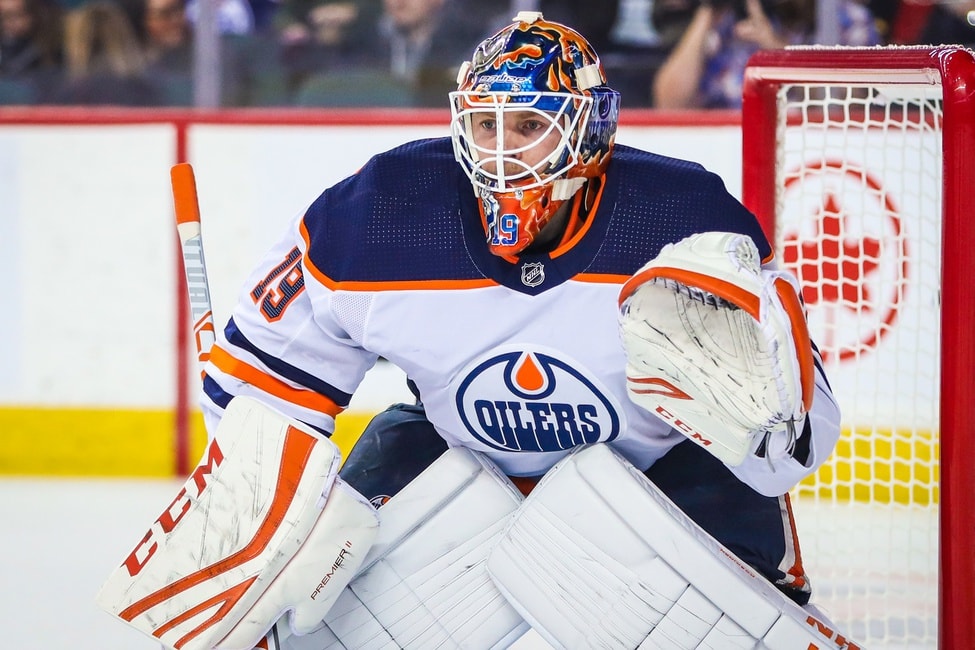 The Columbus Blue Jackets did just about everything right on Saturday night in Edmonton. By most every metric, they dominated the Oilers. That is except for the one that counts in the standings.

Alex Chiasson scored three minutes into the game. Then the Oilers piled on late and skated away with a 4-1 win in a game where the score doesn’t tell the whole story.

For about 55 minutes, this game belonged to the Blue Jackets. After Chiasson’s early score, the Blue Jackets got back to their game and imposed their will. They dominated possession. They made the Oilers play defense. They cycled the Oilers to death at times. It was the perfect recipe for an eventual win.

Numerous chances were either missed or stopped by Oilers’ goalie Mikko Koskinen. The Blue Jackets fired 46 shots at Koskinen only for him to stop 45 of them. He was by far the difference in the game and the best Oiler on the ice. He stole the game from the Blue Jackets’ grasp.

Koskinen stopped everything thrown at him until Caleb Jones was able to make it 2-0 with under five minutes left. From then on, you knew the game was over. Despite Gus Nyquist scoring with under a minute to go, it was too little, too late.

Want to see bad luck in a nutshell? The Blue Jackets were expected to score 4.6 goals based on the shots they took and scored just once. That’s a combination of Koskinen playing out of his mind and not getting bounces.

This is all happening at the worst possible time too. The good news is that the Blue Jackets woke up on Sunday morning still in a playoff spot. The bad news however is that teams around them all have games in hand and can forge ahead with wins. Moneypuck shows the Blue Jackets with a 43.4% chance of making the playoffs as of Sunday morning. But if they continue to get results like Saturday, that percentage will not only drop, we’ll have to start worrying about draft lottery odds.

If you were to tell me going into the game that the Blue Jackets would stifle Connor McDavid and Leon Draisaitl while generating 46 shots on goal for the game, I’d tell you the Blue Jackets win easily. But instead they lose by three.

Every Blue Jacket skater except for Emil Bemstrom finished north of 50% in CF%. They dominated the Oilers at five-on-five. They outchanced them 37-17 at evens and 19-8 in high danger all per Nat Stat Trick. That’s at least three goals or more on most nights. But lack of finish continues to haunt this team.

Have To Move On

The Blue Jackets have to put this result behind them and be ready for Sunday night as they have a crucial game in Vancouver. They just need to play like they did in Edmonton but find a way to finish. If that kind of play continues, it will eventually turn around, but will it be too late if the bad luck continues?

The Blue Jackets did just about everything right Saturday except for the final result. Luck has disappeared at the worst possible time for them. Can they find it in time to save their season? If not, a top-10 lottery pick is quickly approaching in their rear-view mirror. They are just five points away from the bottom-10 of the NHL standings. If they don’t find their luck and their finish soon, they will be destined for a place at the bottom.