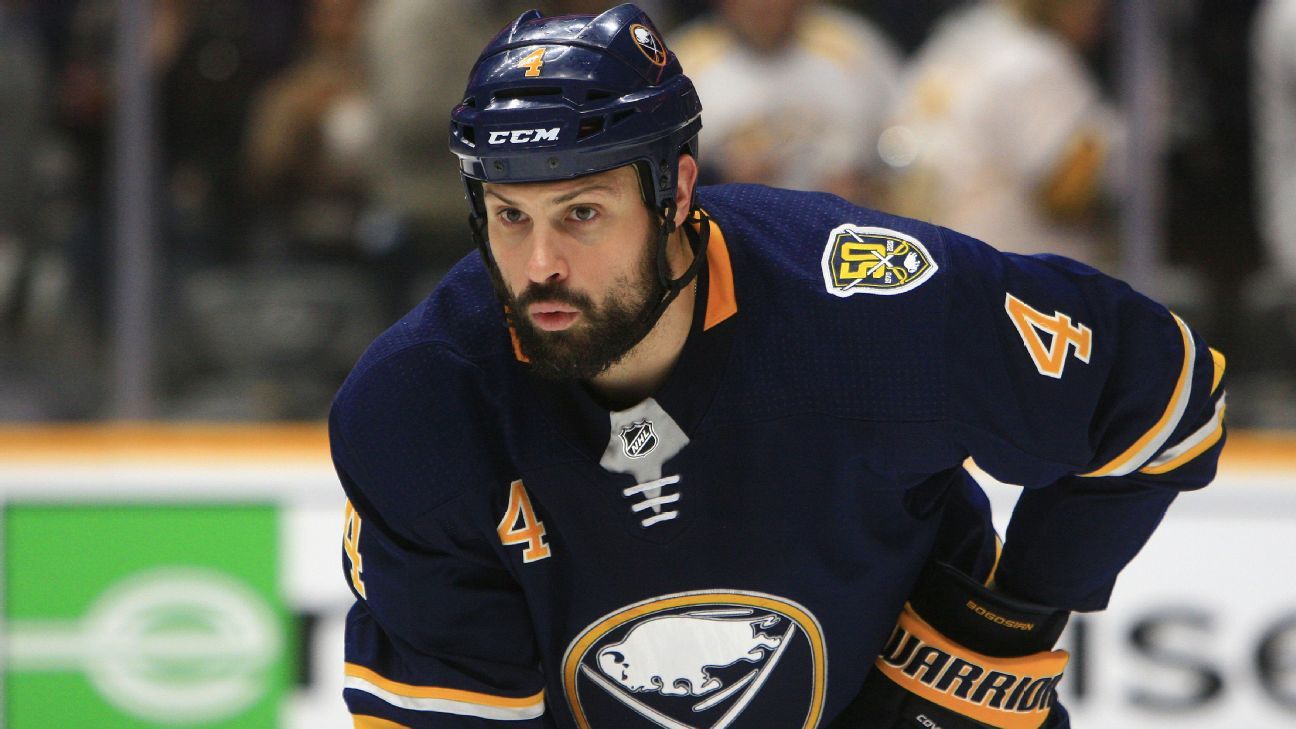 The Buffalo Sabres have suspended Zach Bogosian after the injury-plagued defenseman did not report to the team’s AHL affiliate in Rochester.

Bogosian, 29, had cleared waivers after Buffalo placed him there late last week. He had been in and out of the Sabres lineup with hip injuries and also sat as a healthy scratch.

Bogosian joined the Sabres in 2015 in a multiplayer trade with Winnipeg that was then-general manager Tim Murray’s attempt to rebuild the roster. The deal hasn’t panned out for Buffalo, which is now on its third coach and second GM and is in jeopardy of extending the NHL’s longest active playoff drought to nine years.

Hip injuries have bothered Bogosian during his tenure in Buffalo. He has a goal and four assists in 19 games this season and 53 goals and 141 assists in 636 regular-season games with the Atlanta Thrashers, Winnipeg Jets and Sabres.

He’s in the final year of a seven-year deal with a cap hit of $5.1 million.

Information from The Associated Press was used in this report.