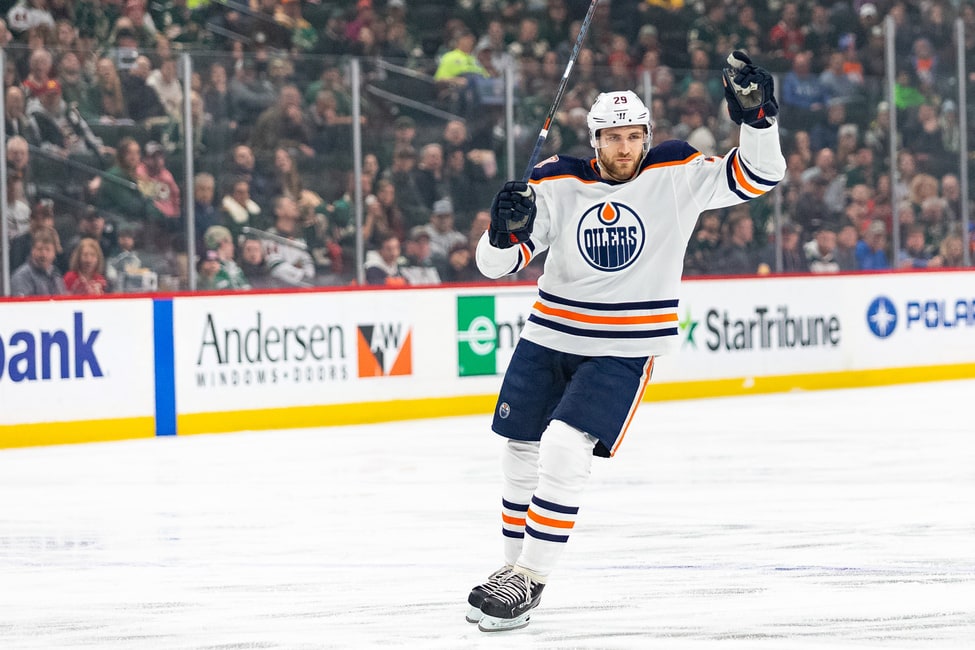 EDMONTON — Leon Draisaitl had a pair of goals as the Edmonton Oilers came away with a 3-2 come-from-behind victory over the Nashville Predators on Saturday.

Alex Chiasson also scored for the Oilers (29-20-6) who snapped a two-game losing skid.

Craig Smith and Nick Bonino replied for the Predators (26-21-7) who lost for just the second time in their last six outings.

Nashville started the scoring 12 minutes into the first period as Smith was able to poke a backhand off a rebound past Oilers goalie Mike Smith for his 12th goal of the season.

With Predators goalie Juuse Saros standing tall to keep the Oilers off the board, Nashville made it 2-0 with three minutes to play in the second period when Bonino was able to tip in his 17th off a shot by Dan Hamhuis.

Edmonton got a huge power-play goal with nine seconds left in the middle frame as a Connor McDavid shot hit teammate Chiasson on the way to the net and was then accidentally kicked into the net by Nashville’s Kyle Turris.

The Oilers tied the game up four minutes into the third as a deft backhand pass from Ryan Nugent-Hopkins allowed Draisaitl to come up the left side and blast a shot off the post and in.

Draisaitl then gave Edmonton the lead on a four-on-three power play with seven minutes left in the third, hammering a one-timer into the top corner for his 31st of the season.

Nashville pushed hard to even the game back up in the final minute, but Edmonton was able to hang on.

The Predators close out a four-game road trip on Monday in Vancouver, while the Oilers conclude a three-game homestand on Tuesday against the Chicago Blackhawks.

It was the second of three meetings between the two teams, with the Oilers winning the first encounter 4-2 on Jan. 14 in Edmonton… The Predators are averaging 3.56 goals per game on the road this season, which is good for third most in the NHL… In the Edmonton net, Smith was playing in his 600th NHL game. He came into the contest with a record of 256-245-72… Out with injuries for the Oilers were Joakim Nygard (hand), Kris Russell (concussion) and James Neal (foot), while the Predators were without the services of Ryan Ellis (upper body) and Calle Jarnkrok (illness).

This report by The Canadian Press was first published Feb. 8, 2020.