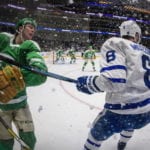 The Stars could use some scoring help

Mike Heika of NHL.com: (mailbag) The Dallas Stars could look at adding some offense at the NHL trade deadline. Though the prices would be the highest, three options could be Tyler Toffoli (UFA), Chris Kreider (UFA), and Brandon Saad (one-year left). The Stars don’t have a lot of prospect depth and are without their second and third-round picks this year.

Cheaper options for the Stars could be Ilya Kovalchuk or Alex Galchenyuk.

Given the Stars salary cap situation, they may need to move some salary out depending on who they are looking to acquire. Mattias Janmark is a pending UFA making $2.3 million. He could be part of deal to bring in someone, or possibly moved separately for a draft pick to help clear some space.

TSN: Pierre LeBrun said the asking price Chris Kreider is going to be high, and the New York Rangers haven’t ruled out re-signing him.

“The asking price will be similar, at least, to what the New York Rangers got last year for Kevin Hayes, when he went to the Winnipeg Jets. Remember, that the Rangers got Brendan Lemieux and a first-round pick from the Jets. So a hefty price if you’re getting Chris Kreider this year.

We should know, the Rangers have not lost hope on trying to re-sign Chris Kreider but as of Thursday, no contract talks yet between Kreider’s camp and the New York Rangers.”

Maple Leafs and Jake Muzzin to talk again about an extension

TSN: Bob McKenzie said there is mutual interest between the Toronto Maple Leafs and pending UFA defenseman Jake Muzzin on doing any extension, but under the right circumstances. There have already been preliminary talks.

“We expect that to pick up in the days to come, when there is an expectation that the Leafs management will be meeting with Muzzin’s rep to try and further those contract talks.

Too soon to say exactly where it’ll go but, as I said, both sides want to get something done, so this is the next logical step.”