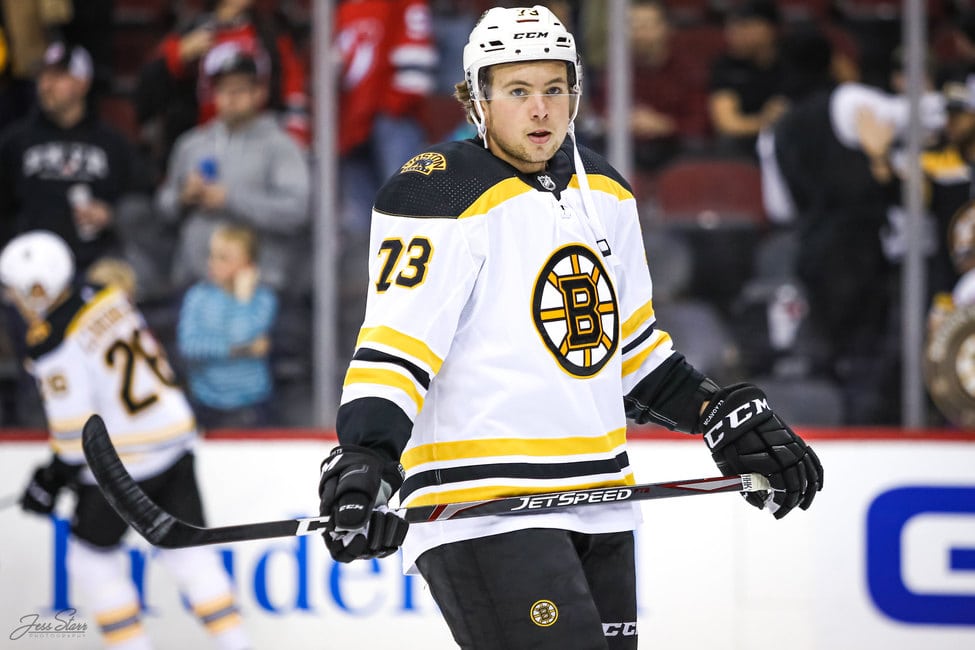 Look out, NHL trade rumor season is heating up, and for Anaheim Ducks fans, it might get exciting. According to Jimmy Murphy of Boston Hockey Now, Boston Bruins defenseman Charlie McAvoy might be available in a trade. Murphy says a pro scout texted him telling him, “Don’t be surprised if the Bruins move McAvoy.” For Ducks fans, this should be music to your ears because Anaheim still desperately needs a right-shot defenseman, and they have two players who fit the Bruins’ need for a top-six winger, Jakob Silfverberg and Rickard Rakell. However, there are a couple of factors to consider for both the Ducks and Bruins before making a trade.

Jakob Silfverberg Is the Bruins’ Type

In Murphy’s report, he specified that the Bruins would be
looking for “a young scoring winger with term.” Silfverberg is two of
those three. He’s tallied 15 goals through 44 games this season on a team with
an anemic offense. It’s not a stretch to think Silfverberg could threaten the
30-goal mark if he continues to play the way he has.

His production is right in the same ballpark as Tyler Toffoli and Chris Kreider, two other players mentioned in Bruins rumors. Additionally, The Athletic’s Joe McDonald wrote that the Bruins had Silfverberg on their radar last season as a rental before he signed his extension with the Ducks. (from ‘Breaking down the Bruins’ trade targets as the deadline looms‘ The Athletic, 2/11/2019)

The Bruins will value more than just Silfverberg’s
offense; the defensive skill he’d provide to their second line would complement
Patrice Bergeron on the first line. Silfverberg has blossomed into a Bergeron
“lite,” so to speak, over the past few seasons in Anaheim.

There are a couple of significant reasons Silfverberg for McAvoy wouldn’t work out. One involves Silfverberg’s contract. McAvoy is under contract for two more seasons after this one, which is why the Bruins would be looking for a player who has term left. But Silfverberg might have too much term left.

While 29 years old is still young to you and me, in the new, younger NHL, it’s become the age where players are starting to exit their primes. Silfverberg’s current contract doesn’t expire until he’s 33.

The Bruins are still paying for a lousy contract decision with David Backes, who is now making $4 million playing in the American Hockey League. Silfverberg’s contract isn’t quite as burdensome, but it’s not optimal.

Also, Silfverberg is one of the few bright spots in the Ducks’ struggling offense, although they are getting better. If general manager Bob Murray wants to continue his quest to keep Anaheim’s rebuild short, he’d have to weigh the blow to his offense that losing Silfverberg would inflict. While McAvoy is a puck-moving defender with offensive talent, he hasn’t scored a goal this season and has regressed a bit compared to his first two seasons in the league.

Additionally, Silfverberg has a modified no-trade clause,
and if the Bruins are one of the 12 teams on his no-trade list, the Ducks would
be out of luck.

Rickard Rakell Is a Better Fit

While age and contract term might be an obstacle if the
Ducks want to acquire McAvoy for Silfverberg, it wouldn’t be for Rakell. He has
only three fewer goals than Silfverberg and two more assists. He’d provide the
Bruins a similar benefit to Silfverberg, but he’s almost three years younger.

Rakell has two more seasons left on his contract after this one, meeting the term requirement, and he’s flexible enough to play both wings and center. Like Silfverberg, he’d fit well on the Bruins’ second power play unit and could slot into the first if needed.

Like Silfverberg, Rakell can also kill penalties. The obstacle, the same for both players, is his current value to the Ducks’ offense. Without Rakell, the Ducks offense might sink to last season’s level of ineptitude.

Finally, Rakell leads the Ducks in power play points. His
offensive ability on the power play is one of the main reasons why the team’s
power play isn’t last in the league. Without Rakell, it certainly would be.

Rakell
is more valuable to the Ducks future than Silfverberg but you need to give to
receive.

Though McAvoy is having an inconsistent season,
especially in his zone, and he hasn’t scored a goal since Game 1 of the 2019
Stanley Cup Final, he is only 22 years of age. Maturing in the NHL as a
defenseman takes a while; it’s not a death sentence that he’s struggled in his
third full season after playing so well in his first two.

When he’s on his game, McAvoy can move the puck deftly out of his zone by making a smart pass, or he can carry the mail himself.

He’s got a strong shot, which can help the Ducks’ power play, and he can play a physical game if he necessary.

Adding McAvoy to Cam Fowler and Hampus Lindholm would
give the Ducks three defensemen highly capable of executing Dallas Eakins’ puck
possession offense by joining the rush or starting it from their zone.

The issue with McAvoy besides this season’s regression is his injury history. He couldn’t break the 65-game threshold in his first two full seasons and he’s missed three games so far this season.

In spite of his struggles the past few seasons and the blow to the Ducks of losing Silfverberg or Rakell, it would be worth acquiring McAvoy to fill a deep hole on Anaheim’s blue line. The Ducks are not competitive this season, and with McAvoy’s youth, acquiring him would be an investment in their future. Though losing Silfverberg or Rakell might tank the Ducks entirely this season, McAvoy’s value and the future arrival of Trevor Zegras gives Ducks fans increased reason for hope going forward and maybe a higher draft pick this summer.

All stats from Hockey-Reference.com