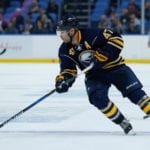 Aivis Kalnins: Source saying the Ak Bars goaltender Timur Bilyalov has turned down a contract extension. He is committed to going to North America for next season.

Aivis Kalnins: Have been told that the Toronto Maple Leafs are not the only serious contender for Bilyalov.

There are at least three other teams that have made serious inquiries.

The Senators have 10 pending UFAs

Bruce Garrioch of the Ottawa Sun: The Ottawa Senators held their pro and amateur scouting meetings to help map out some trade deadline decisions. They talked about some potential assets they may want to try and acquire at the deadline.

The Senators could also see if there is interest in Ron Hainsey. Could goaltender Craig Anderson interest someone?

Having contract extension talks with Pageau, Borowiecki, and DeMelo before the deadline makes sense. They could move Ennis and then look to re-sign him in the offseason.

Shawn Simpson: “Demelo a right D at 900k, sure has value. Stabilizes every partner he plays with.”

Rodrigues and Bogosian still with the Sabres after their trade requests

Lance Lysowski of the Buffalo News: Both Evan Rodrigues and Zach Bogosian have asked the Buffalo Sabres for a trade. On Sunday they combined for three goals, with Rodrigues arguably playing his best game in a year.

“At the end of the day, it’s hockey,” Rodrigues said. “You keep reminding yourself and keep believing in yourself. I have a belief in myself that I can do it. It was going to go in eventually, and obviously it was nice to see it go in. Hopefully that continues.”

Entering the new year, Rodrigues had been scratched 17 times. On December 31st he expressed his desire to be traded.

After being a healthy scratch on December 12th, Bogosian reportedly asked for a trade. Marco Scandella‘s trade to Montreal has opened up a bit more playing time on the Sabres blue line.