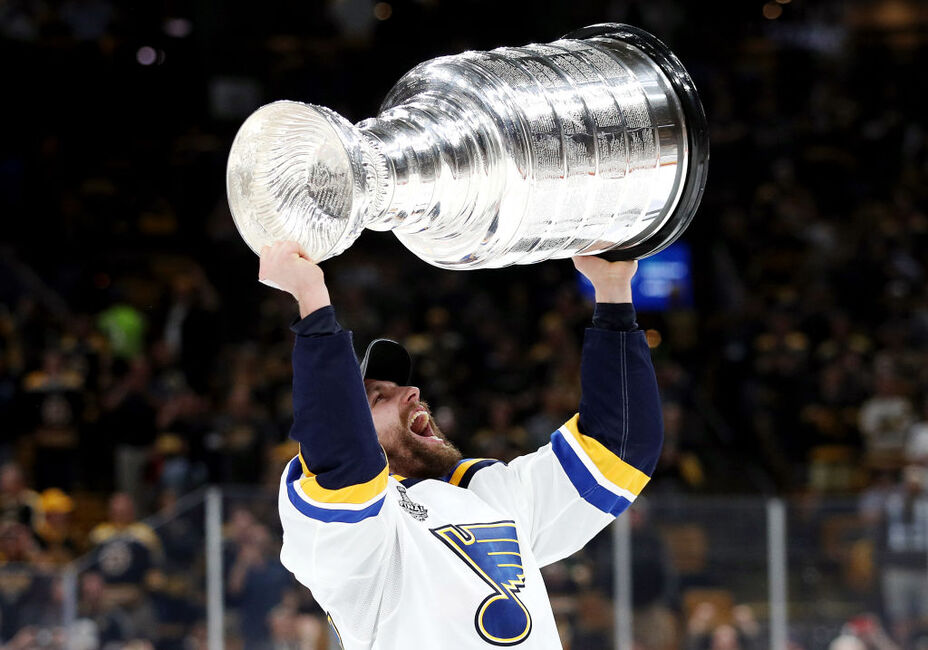 Although the fans voted David Perron on to the All-Star roster, there are several reasons the St. Louis Blues forward earned the honor. He’s on pace for a career-high season, coming through in clutch situations. In a way, he’s also the team’s franchise player. His loyalty to the Blues, improvement throughout his career and outstanding numbers this season make him all-star worthy.

Perron has 46 points in 46 games this season, which is the same amount of points he earned all last season in the 57 games he played. He notched six points in the last four games with a goal in each contest. He also scored the tying goal against the Vegas Golden Knights on Jan. 4 to send the game into OT. They lost the matchup but Perron also had two assists.

When he scored the OT winner on Dec. 27, 2019, he became the first Blue to have four overtime goals in one season and the second player in NHL history. “I think this is the best I’ve ever seen him play,” Blues captain Alex Pietrangelo said after the win. “He’s obviously had a lot of success this year, but even last year, obviously him and (Ryan O’Reilly) have some chemistry. This is probably the best I’ve seen him play after all these years in the League.”

Perron Has Only Been a Blue (on Paper)

Drafted 26th overall by the Blues in the 2007 NHL Entry Draft, the organization had high hopes for their 19-year-old pick. So high, Perron played 62 games in his rookie season and notched 27 points.

Continuously improving, Perron earned 50 points in his second season and 47 in his third. The organization signed him to a two-year contract in the summer of 2010 and he began the 2010-11 season on a high with five goals in his first 10 games.

The injury bug hit on Nov. 4, 2010. San Jose Sharks forward Joe Thornton jumped out of the penalty box and clipped Perron in the head skating through the neutral zone. Perron was out of commission for 97 games.

When he returned, he scored 42 points in 57 games in the 2011-12 season. His game-winning (and series-winning) goal against the Sharks in the first round of the playoffs on April 21, 2012 was epic. The Blues wanted to keep him in the Lou and signed him to a four-year contract on July 5, 2012.

The following season, he only played 48 games and scored 25 points with a plus-44 rating. Looking to make some changes, the Blues traded Perron to the Edmonton Oilers on July 10, 2013 for Magnus Paajarvi and a second-round pick in the 2014 NHL Entry Draft.

In his first season with the Oilers, he scored a career-high 57 points. Almost halfway through the following season, Perron scored 19 points in 38 games before being traded to the Pittsburgh Penguins on Jan. 2, 2015 for Rob Klinkhammer and a first-round pick in the 2015 NHL Entry Draft.

About midway through the season, he was traded to the Anaheim Ducks with Adam Clendening for Carl Hagelin on Jan. 16, 2016. However, he rejuvenated his play and scored 20 points in just 28 games with the Ducks.

When his second contract expired (signed with the Blues) he became a free agent and chose to sign a two-year contract on July 1, 2016 with the Blues again.

Even though he improved to score 42 points in 82 games in 2016-17, he was unprotected in the Vegas Golden Knights expansion draft on June 21, 2017. He recorded a career-high 66 points in 70 games with the Golden Knights.

When his contract expired, the Golden Knights negotiated to keep him in Las Vegas. They had plenty of cap space but, in the end, Perron signed a four-year, $16-million contract with St. Louis.

The devotion of his fans clearly proved that Perron’s commitment to the Blues and the city of St. Louis merited his place on the All-Star roster.

This will be Perron’s first appearance in the All-Star Game. “It’s really exciting,” he said, after the Blues’ win against the New York Rangers on Jan. 11. “Thanks to all the people obviously in St. Louis that helped me get here, and also probably other cities, but I’m sure most of the votes came from here in town, and the team helped me out too. They reached I’m sure to different platforms. The [St. Louis Cardinals] helped me out. So it’s really cool.”

Perron had some hefty competition for that last spot on the All-Star roster:

All these players are rock stars but the closest to Perron in points is Laine with 41 in 44 games, after that is Avalanche rookie defenseman, Makar with 33 points in 37 games. It didn’t hurt that his teammates stepped up to promote him during the voting period.

It’s only fitting that the All-Star Game landed in St. Louis the season following their first Stanley Cup victory and Perron’s first season back with the team. He was a huge factor in their success and chose to return to the club because of their potential. He will be an unrestricted free agent after the 2021-22 season at 34 years old. Are there Vegas odds on whether or not he signs another contract with the Blues?