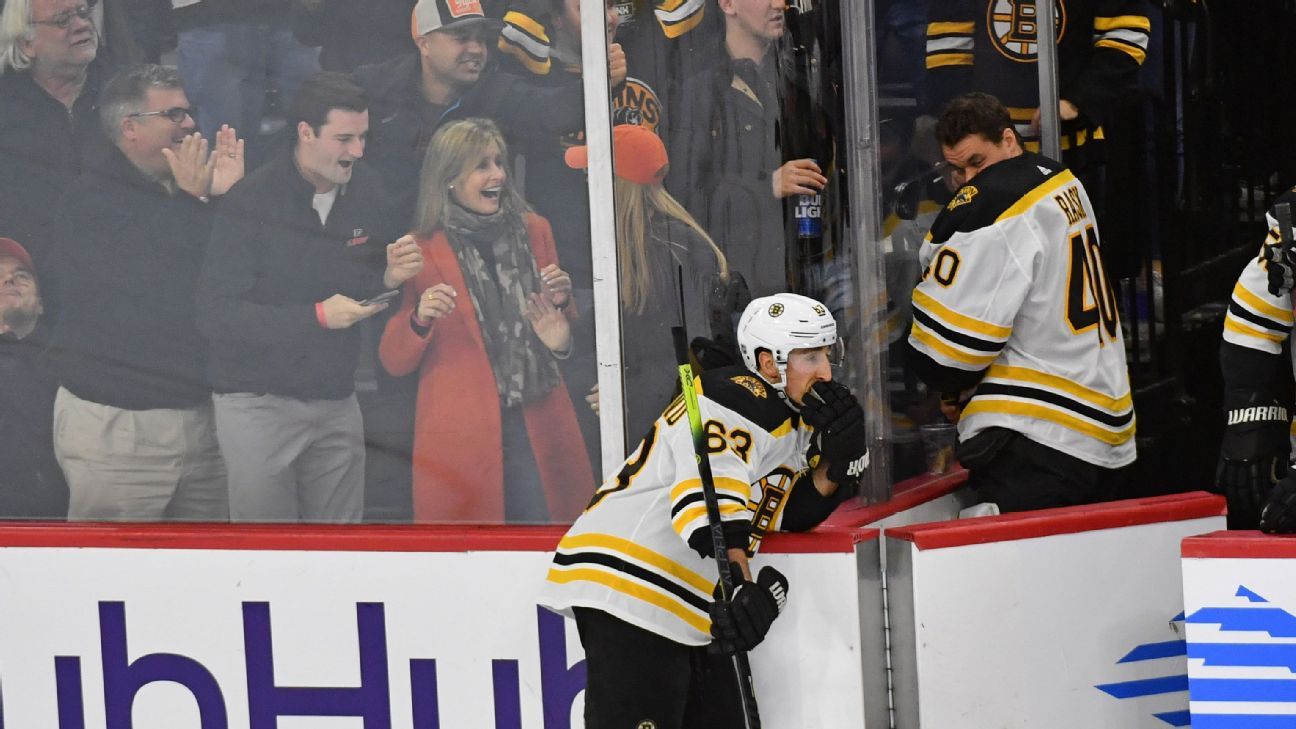 PHILADELPHIA — The Boston Bruins have lost shootouts every which way this season.

The Bruins star overskated the puck at center ice on a shootout attempt in a bizarre ending to the Philadelphia Flyers‘ 6-5 victory over Boston.

Travis Konecny scored in the fifth round of the shootout for Philadelphia, and Marchand lined up for his turn needing to score to keep the game going. The two-time All-Star charged toward the resting puck but barely nipped it as he skated past; he zoomed into the offensive zone, but the puck trickled forward just a few inches.

Officials met briefly before signaling that the game was over. Because Marchand made contact with the puck, it was considered a shot attempt.

“I was just trying to get going and just missed it,” Marchand said. “That’s the way it is. I’m not going to overthink it.”

Boston entered the game tied with Washington Capitals and St. Louis Blues for most points in the NHL, but the Bruins fell to 0-7 in shootouts.

The Associated Press contributed to this report.