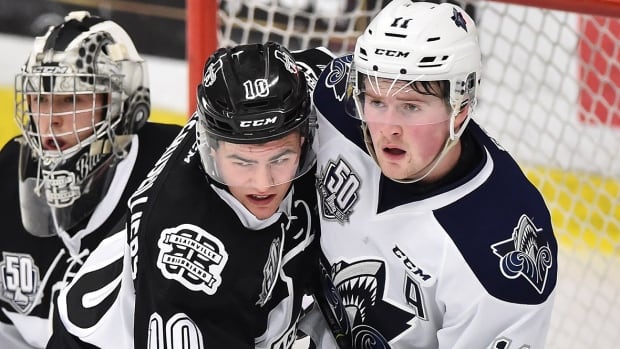 Alexis Lafrenière, who was named most valuable player of the 2020 world junior hockey championship after helping Canada capture a gold medal, is the top North American skater in the NHL’s mid-season draft rankings.

A left-winger with the Rimouski Oceanic, Lafrenière leads all Quebec Major Junior Hockey League skaters this season with 24 goals and 49 assists in 34 games.

The 18-year-old from Saint-Eustache, Que., tied for the tournament lead at the world juniors in the Czech Republic with 10 points (four goals, six assists) in just five games after missing a pair of games mid-tournament with a minor knee injury.

He had two assists in Canada’s 4-3 win over Russia in the gold-medal game.

Forward Quinton Byfield of the Ontario Hockey League’s Sudbury Wolves and defenceman Jamie Drysdale of the OHL’s Erie Otters, who were Lafrenière’s teammates at the world juniors, are ranked second and third, respectively.

Tim Stuetzle, a left-winger for Mannheim in Germany’s top professional league, is the top international skater.

If selected first overall, Lafrenière would become the first Quebec-born player taken No. 1 since Vegas goaltender Marc-Andre Fleury in 2003 and first Canadian-born player to be taken with the first overall pick since Edmonton captain Connor McDavid in 2015.