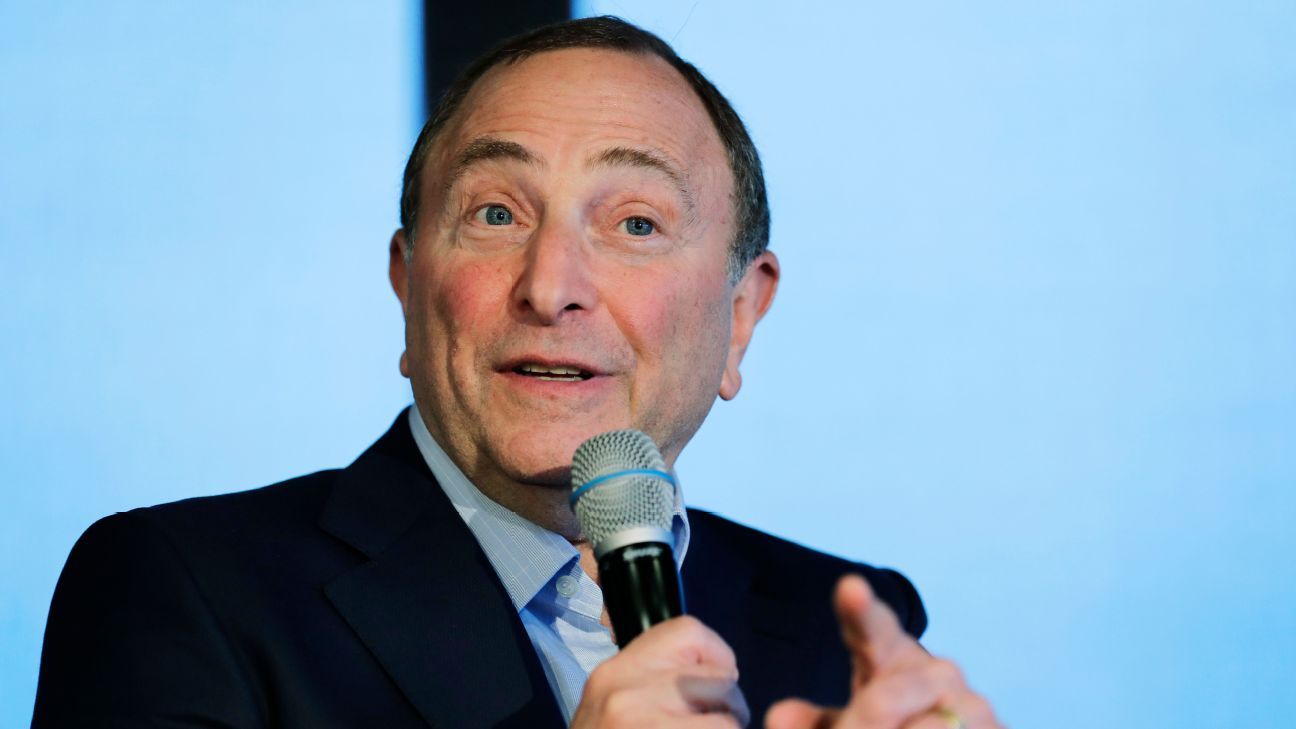 PEBBLE BEACH, Calif. — The NHL will create a platform for whistleblowers and an annual training program on diversity and inclusion in response to recent abuse scandals in its coaching community, commissioner Gary Bettman announced at the league’s Board of Governors meeting in Pebble Beach on Monday.

“Our message is unequivocal: We will not tolerate abusive behavior of any kind,” he said.

The resignation of Calgary Flames coach Bill Peters was the catalyst for these new efforts, after two former players came forward with abuse allegations. Former NHL player Akim Aliu alleged that Peters used racist language towards him when they were both with the AHL Rockford Ice Hogs in 2009-10, and his story was corroborated by multiple teammates. Former Carolina Hurricanes defenseman Michal Jordan said that when Peters coached in Carolina, he kicked him and punched another unnamed player in the head. Hurricanes coach Rod Brind’Amour, an assistant under Peters, corroborated that incident.

“We don’t like surprises. The Bill Peters situation was a complete surprise,” Bettman said. “Going forward, our clubs are on notice that if they become aware of an incident of conduct involving NHL personnel, on or off the ice, that is clearly inappropriate, unlawful or demonstrably abusive or that may violate league policies, either [deputy commissioner] Bill Daly or me must be immediately advised.”

He said there will be zero tolerance for any failure to notify the league, “and in the event of such failure, the club and individuals involved can expect severe discipline.”

Bettman said the NHL is still investigated the Peters incidents, including how the Hurricanes reacted to them at the time. General manager Ron Francis, now the GM of the Seattle expansion franchise, said he told ownership of the incident. Then-owner Peter Karmanos disputed that claim.

When it comes to reporting on or preventing future abuse, the NHL announced two initiatives.

The first is a platform, expected to be a phone hotline, where inappropriate conduct by team officials can be reported either anonymously or with attribution. The hotline is open to both current and former team personnel. The majority of accusations made against NHL coaches recently have been by former players.

When asked if the league would offer any additional protection to whistleblowers who call the hotline, Bettman said that “anonymity will be protected” much like it is for the league’s Substance Abuse and Behavioral Health hotline.

The NHL also announced there would be a “mandatory, annual program on counseling, consciousness raising, education and training on diversity and inclusion. The program will be required for all NHL coaches, minor league coaches under NHL contracts, general managers and assistant general managers.”

The league will work with outside professionals to create the program, and will work with both the NHLPA and the NHL Coaches Association on execution.

Along with the Peters incidents, there have been other accusations against NHL coaches.

The Chicago Blackhawks placed assistant coach Marc Crawford on administrative leave pending an investigation into claims that he physically and verbally abused former players like Sean Avery, Brent Sopel and Patrick O’Sullivan. Avery and Sopel later clarified their comments on Crawford, praising him as a coach. O’Sullivan has not, accusing Crawford of “verbal abuse included homophobic slurs on a regular basis.”

Daly said that the Blackhawks’ investigation is ongoing.

When coach Mike Babcock was fired by the Toronto Maple Leafs this season, stories started appearing about his alleged mental abuse of players, pitting teammates against each other in Toronto and verbally assailing forward Johan Franzen to the point where Franzen had a “nervous breakdown” on the bench when the two were with Detroit, according to former Red Wing Chris Chelios.

The Babcock incidents enter a gray area for the NHL when it comes to allegations of verbal and mental abuse.

Bettman said that awareness of those gray areas can prevent future incidents.

“Even if there’s a line, why get too close to it? Let’s have a respectful workplace,” he said.

As the league continues to react to the Peters incident with Aliu, who met with the league last week in Toronto, Bettman was asked if the NHL has a racism problem.

“I think that we’ve been very proactive. Our levels of diversity and inclusiveness are the best they’ve ever been. Unfortunately, there are incidents. But overwhelmingly, our personnel conduct themselves in the appropriate way that they should,” he said. “One incident is too many. But our goal is to continue to educate, consciousness raise, and continue to do the right things to keep incidents of inappropriate conduct to a minimum or eliminate them entirely and let people know that our game is open and inclusive.”

Grading the best, worst of NHL bubble fashion
Damien Cox: Expanding the Stanley Cup playoffs was a good idea that should stick around. It might be just the start
Did the Penguins Learn From 2019 Playoff Exit?
Canucks’ Cap Crunch Creates Opportunity for Ducks
4 Takeaways from Stars’ Second Round-Robin Game