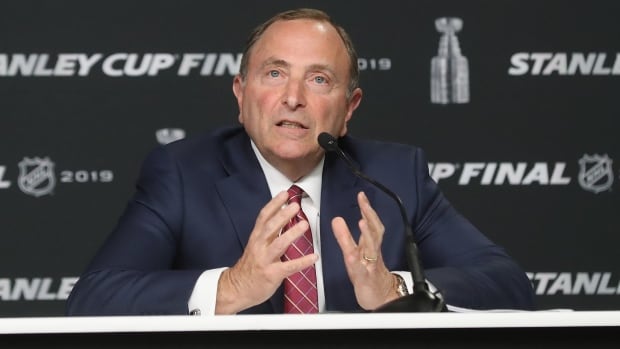 Bettman is at the NHL Board of Governors meeting in Pebble Beach, Calif., where he’ll speak publicly for the first time since various allegations surfaced against coaches.

Bill Peters resigned as Calgary’s head coach after being accused of using a racial slur a decade ago by former player Akim Aliu. Peters was also accused of physical abuse by another former player.

Soon after Peters resigned, the Chicago Blackhawks put assistant coach Marc Crawford on leave while the team investigates allegations of physical abuse made against him by two other former players.