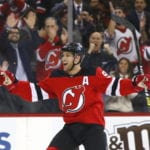 A Hall trade could happen sooner than later

Sportsnet: Chris Johnston said on Sportsnet that it’s looking like the New Jersey Devils are going to be trading pending UFA Taylor Hall.

“It sounds as though the conversations so far have largely been one-sided,” Johnston said. “The Devils are encouraging teams to step forward with offers, not so much of a back and forth.”

The Devils are at the bottom of the standing and have already fired their head coach. A trade could happen soon than later, possibly before the NHL Christmas roster freeze.

Johnston says the frontrunners are…

“The feeling in the industry … is that the Colorado Avalanche are the favourites right now pushing to try to get Taylor Hall; perhaps as soon as the Christmas break, which starts Dec. 19,” Johnston said.

Avs GM on adding someone before the trade deadline

Pierre LeBrun of The Athletic: Colorado Avalanche GM Joe Sakic on potentially adding a piece before the trade deadline.

Sakic notes they have the salary cap space, but it doesn’t mean you just look to spend. He also adds that he doesn’t want to tinker too much with their team chemistry.

Hall would be a nice addition for the Avalanche

Mike Chambers of the Denver Post: The idea of the Colorado Avalanche trading for Taylor Hall makes so much sense for both sides.

Hall could fit nicely on beside Nazem Kadri and either Joonas Donskoi or Andre Burakovsky.

The Avs have the salary cap space, draft picks and prospects. One option could be Tyson Jost, a 2020 first-round pick and/or a B-level prospect like Martin Kaut or Shane Bowers.

If they are interested in a sign and trade, a package like Jost, Conor Timmins, and a second-round pick could be the cost to acquire him.

The Avs may not even be interested in a sign and trade as it could cost $10 million or more and they’ll need to re-sign Landeskog, Cale Makar, and Philipp Grubauer after 2020-21.