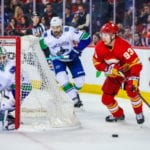 Friedman rumor round up

Two teams reached out privately right away to see if Mike Babcock was interested in coaching. They were told he wanted some time. There was some interest from the KHL, and rumors for roles with the World Juniors and World Championship. All of that may be in doubt now.

It’s believed the Edmonton Oilers spoke with the New York Rangers, St. Louis Blues, and Tampa Bay Lightning right before the December 1st deadline for Jesse Puljujarvi. Lias Andersson was brought up in talks with the Rangers, and Puljujarvi may have been interested in going there.

New Jersey Devils forward Miles Wood is on the trade block. He has two years left at $2.75 million.

If the Montreal Canadiens miss the playoffs there will likely be major changes. The Canadiens were looking at LA Kings defenseman Alec Martinez before he was injured. Rumors involving Philadelphia Flyers defenseman Shayne Gostisbehere were denied.

It would be a shock if Nicklas Backstrom and the Washington Capitals couldn’t reach an extension.

The Predators have tried to move Kyle Turris with no luck. It may end of better for both sides if he can turn things around in Nashville.

Contract talks between the Vancouver Canucks and Jacob Markstrom are expected to start soon. Money and term will play a role, but so will the Seattle expansion draft.