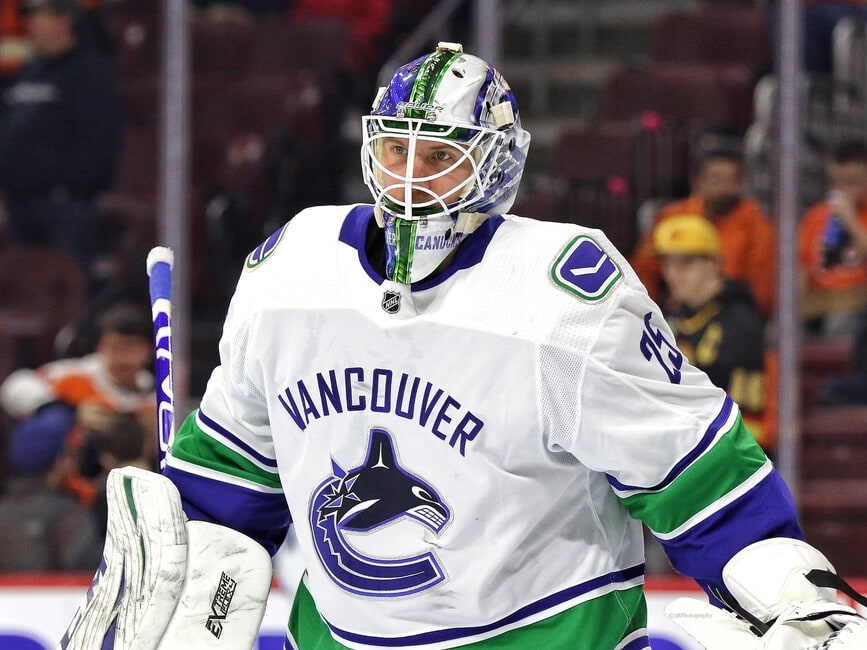 Elias Pettersson scored his 10th goal for Vancouver, which earned its second straight win since a stretch of seven losses in eight games. It was the Canucks’ 12th power-play goal in their last seven games.

Bo Horvat scored the decisive goal in the seventh round of the shootout.

Washington finished with one goal for the third time this season despite Vancouver losing defenceman Alexander Edler to an upper-body injury.

Jakub Vrana scored his 11th goal for the Capitals, and Braden Holtby made 32 saves.

Washington thought it had won the shootout on Lars Eller’s attempt in the fifth round. Originally credited as a goal, it was overturned after replays showed Eller’s shot striking Markstrom’s leg and then the post, but never crossing the goal line.

Vrana put Washington in front with a one-timer 2:22 into the game after Eller dug the puck off the boards to set him up.

Pettersson responded with six minutes left in the first, ripping another one-timer past Holtby’s glove side on a 5-on-3 power play during which defenceman Michal Kempny lost his stick.

The Canucks had a power-play chance in overtime after Evgeny Kuznetsov hooked Christopher Tanev, but Holtby denied Quinn Hughes and J.T. Miller.

On the other end, Markstrom twice stood up Alex Ovechkin inside the final minute of overtime.

Canucks: At Philadelphia on Monday.

Di Pauli’s journey a long one from Italy to the NHL
Jets’ Mathieu Perreault, ‘the smallest guy on the ice,’ vows retaliation after elbow to the face goes unpunished
Bruins Waiving Backes Was a Tough but Correct Decision
Pierre-Luc Dubois on fighting Sidney Crosby, Baby Yoda and more
Dauphin sees chance to rejuvenate career in Laval