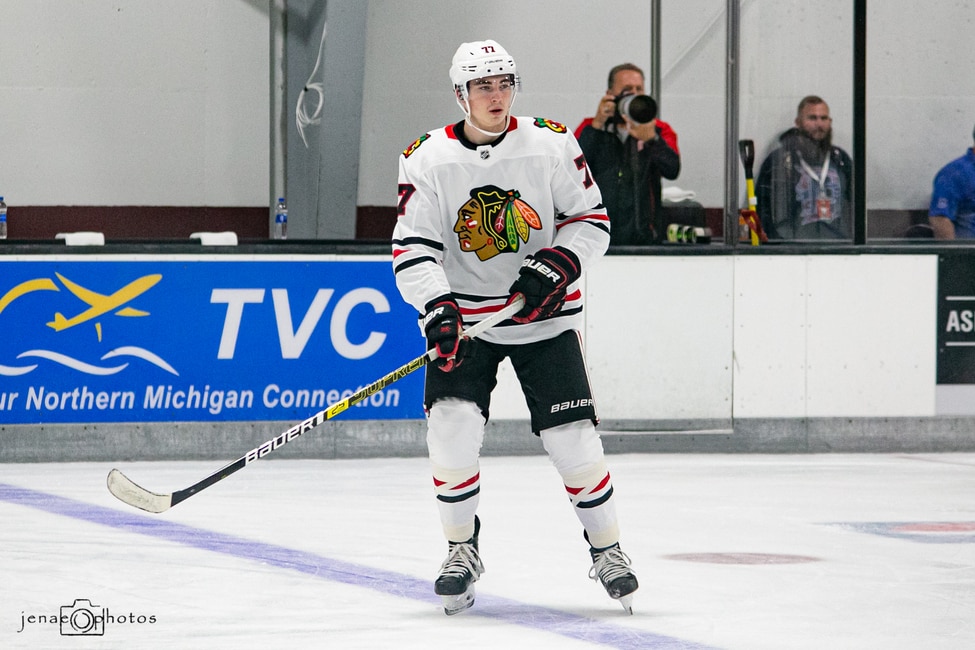 CHICAGO — Patrick Kane extended his goal-scoring streak to six games, and the Chicago Blackhawks beat the Buffalo Sabres 4-1 on Sunday night for their fourth straight victory.

Kirby Dach scored twice as the resurgent Blackhawks improved to 6-1-1 in their last eight games. Jonathan Toews added his fourth of the season, and Corey Crawford made 33 saves.

Kane won a battle with Buffalo defenceman Marco Scandella for a loose puck during a third-period power play, and then beat Carter Hutton on the glove side for his team-best 11th goal. The star forward has eight goals and nine assists during a nine-game point streak.

Jack Eichel scored his fifth goal in two days, but banged-up Buffalo lost for the seventh time in eight games. Eichel had four goals in the Sabres’ 4-2 victory over Ottawa on Saturday.

Buffalo played without forward Kyle Okposo, who left the win against the Senators with a possible head injury. Okposo accidentally collided with Senators defenceman Ron Hainsey after he got on the ice for a line change.

“It’s the type of injury that just needs a little space,” coach Ralph Krueger said. “We’ll know more for sure by tomorrow.”

Okposo was sidelined for part of last season after he was diagnosed with his third concussion in less than three years.

The 18-year-old Dach got each of his goals on the backhand side. It was the first career multigoal game for the rookie, who was selected by Chicago with the No. 3 overall pick in this year’s draft.

Dach’s shot from the left circle in the first went off the stick of a backchecking Eichel and fluttered over Hutton. He made it 2-0 in the second when he flipped a slick backhand into the net at 12:32 for his fifth goal in 14 games this season.

F Tage Thompson made his season debut for Buffalo, replacing Okposo in the lineup. Thompson was recalled from Rochester of the AHL. … D Henri Jokiharju was back in Chicago after he was traded to Buffalo in July for F Alex Nylander. The 20-year-old Jokiharju was selected by the Blackhawks in the first round of the 2017 draft, but he fell out of favour with the club after Jeremy Colliton took over as coach last season. “I think it’s a little bit how the coach sees you as a player and as a person,” Jokiharju said, “so I think that was one of the issues in here.” … Blackhawks D Brent Seabrook skated in his 1,100th NHL game.

Jay Cohen can be reached at https://twitter.com/jcohenap