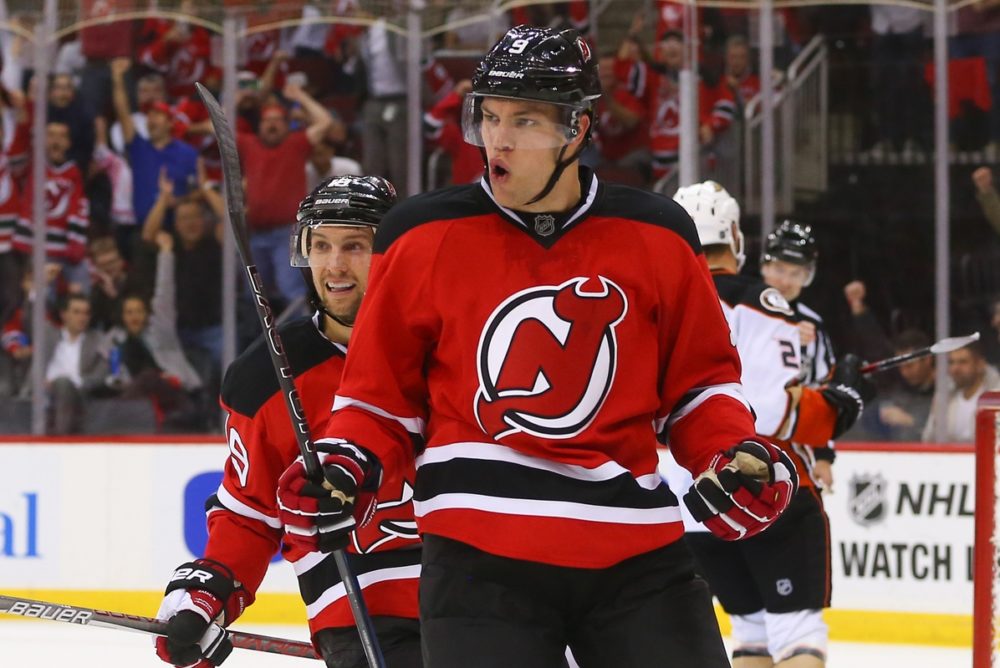 Rumors the New Jersey Devils will be trading Taylor Hall get louder and louder. Elliotte Friedman was recently a guest on Oilers Now with Bob Stauffer and said it’s likely Hall is moved, Matt Larkin of the Hockey News is predicting what the return might be and the NHL Network speculates which teams might have a shot at Hall. In short, despite the fact the Devils would dearly like to hold onto their star forward, the chatter of Hall’s exit doesn’t seem to go away.

One team that always seems to be part of that conversation is the Edmonton Oilers. Hall was asked if he would rule out a return to Edmonton should he be moved this season and his answer was simply that it was too early to rule anyone out. That wasn’t a “yes”, but more importantly, it wasn’t a “no”, either.

If the Oilers were in the mix, and if they were even remotely interested, is it a good idea?

The Logic Behind Adding Hall

On the surface, it would seem insane to think any team wouldn’t like to add Hall to their lineup. If you tried to find a similar scenario in the NHL where a cap-friendly 28-year-old, former NHL MVP was ever available as a rental, you’d be hard-pressed to find one.

So too, if the rumors are true that Hall would like to return to Edmonton, then the Oilers might be looking at an opportunity that never comes up again.

One of the best left-wingers in hockey, adding Hall would give Edmonton two extremely dangerous lines. You could mix-and-match but on one line would be Connor McDavid and Leon Draisaitl while on the other, Hall and Ryan Nugent-Hopkins. That would easily provide the Oilers with the most dangerous one-two punch in hockey.

Hall has said he wants to play in a Canadian market where hockey matters, he has a history with the Oilers (we can argue over what that history means) and the Cinderella-like story of Hall returning to Edmonton would write itself in terms of headlines.

Too Much Offense With Hall?

It sounds crazy to ask it, but the question one shouldn’t ignore is, ‘Is this too much offense?’

On a rental, the short answer is no. But, are the Oilers willing to trade whatever it will cost to pick up Hall as a rental knowing that, in all likelihood, they can’t keep him beyond this season?

The long-term optics of adding Hall means the Oilers become a top-heavy, front-loaded team with almost all of their eggs in the forwards basket. We’ve seen this in the NHL before and there is widespread debate about how well this works.

Coming into the 2019-20 season, if you had compared the Oilers to the Toronto Maple Leafs, many fans in Edmonton would have been pleased. After all, most pundits had the Maple Leafs on their lists as a contender, but not the Oilers. After 20 games, the storylines have changed a touch.

The Maple Leafs are ninth in the Eastern Conference, on the outside of a playoff spot looking in and are facing salary cap and injury issues that will likely plague their roster the rest of this season and into the next. There is talk the coach will be fired if things don’t turn around, constant pressure on the top guns to score and worry the team is too soft to compete.

The Oilers, on the other hand, are second in the Western Conference, firmly in control of their own destiny and breaking records with two of the best players in the world leading the charge. They have speed, grit and are better rounded. They lack depth, but depth is, more often than not, inexpensive to obtain.

It is still early and things can change, but who would you rather be right now?

Related: What Should Oilers Do With Feisty Forward Kassian?

Do the Oilers Want to Become the Maple Leafs?

Should Edmonton try and acquire Hall with their sights set on keeping him, there will have to be sacrifice. If that sacrifice comes in the form of Nugent-Hopkins, there goes your one-two punch. More likely, the Oilers will need to create a hole on the blue line.

At an expected cost of $9 – $10 million per season, Edmonton doesn’t have the luxury of adding Hall without first having to say goodbye to someone like Darnell Nurse or Oscar Klefbom. If the Devils don’t want one of Edmonton’s top-two defensemen today, but are more interested in the future, say goodbye to someone like Evan Bouchard or Ethan Bear. At the same time, the Oilers will certainly have to let Zack Kassian and others walk.

Like the Maple Leafs — an extremely talented team offensively, but with no predictable future on the blue line — Edmonton would have complicated questions which required answers. By the numbers, comparing the top-four forwards:

Granted, the Oilers are a bit more cost efficient, but don’t expect Nugent-Hopkins to remain a $6 million forward forever. His talents as a 200-foot player who can consistently crack 60-plus points has value.

In short, the organization would have to be comfortable with between 40-45% of their total cap going to four players, and a long-term future with Bear, Bouchard, and other youngsters carrying the load on the back end. It’s a lot to ask, especially if you asked them to start carrying that load as early as next season.

Maybe the best bet would be to focus on Hall as exclusively a rental, giving the team the best chance to win this year if the price isn’t too high. If so, one could only hope Hall publicly declares his intention to test free agency so that the asking price by New Jersey drops — I’m not keen on giving up Klefbom or Nurse in a rental situation.

From there, the Oilers and Hall can talk shop but Edmonton can make a decision about their overall team structure and how Hall would fit into it.