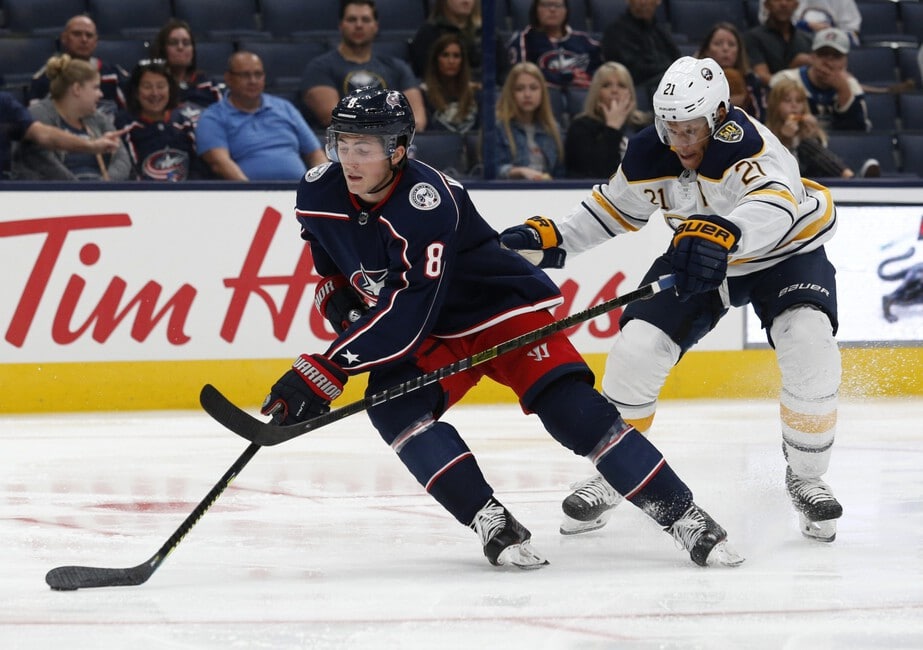 COLUMBUS, Ohio — Zach Werenski scored 3:34 into overtime to give the Columbus Blue Jackets a 3-2 win over the St. Louis Blues on Friday night.

With the Blue Jackets on a 4-on-3 power play, Werenski buried a shot from the right circle. He has a goal in three straight games.

Pierre-Luc Dubois scored for Columbus early in the third period to tie it 2-all, set up by a pass from below the goal line by Emil Bemstrom.

Vladislav Gavrikov got his first NHL goal and Joonas Korpisalo made 25 saves for the Blue Jackets, who stopped a two-game slide.

Mackenzie McEachern and Brayden Schenn scored for the Stanley Cup champion Blues, who lost a second consecutive game in overtime. Jake Allen, starting ahead of Jordan Binnington on the first night of a back-to-back, had 36 saves.

Gavrikov scored on a tap-in off the stick of a Blues player 9:34 in. With 43 seconds left in the first period, McEachern squeezed in a wraparound between Korpisalo’s pad and the post to tie it.

Six seconds into a power play in the second period, Schenn got his team-leading 11th goal with a wide-open shot over Korpisalo’s glove.

The Blues have played 10 overtimes, tying them for second-most in NHL history through 20 games of a season.

Columbus D Scott Harrington replaced Ryan Murray, who was injured against Montreal on Tuesday. … The Blue Jackets put forward Kole Sherwood on injured reserve and brought up forward Markus Hannikainen from Cleveland of the AHL. … David Perron, who assisted on Schenn’s goal, has 11 points in the past nine games. … Dubois has eight points in his last 11 games.