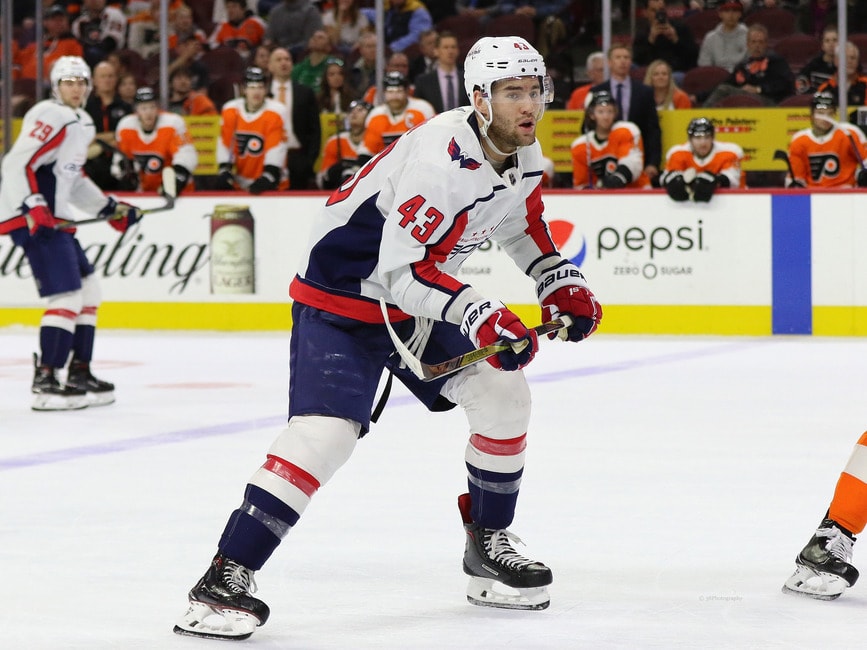 Aleksander Barkov had a goal and an assist for Florida. Evgenii Dadonov, Brett Connolly and Frank Vatrano also scored, and Bobrovsky made 26 saves.

The Panthers have earned at least one point in 10 of their past 11 games.

Washington tied it at 4 on Wilson’s goal 44 seconds into the third period. Wilson got his stick on a pass from Kuznetsov and flipped the puck past Bobrovsky.

Dadonov broke a 3-all tie on his power-play goal with 61 seconds left in the second. He took a pass from Jonathan Huberdeau in front of the crease and pushed the puck past Holtby.

Florida stretched its lead to 3-1 when Barkov’s one-timer from the high slot beat Holtby 27 seconds into the second.

The Capitals closed to 3-2 on Ovechkin’s first goal, which came on the power play. Kuznetsov sent a cross-ice pass to a wide-open Ovechkin in the left circle and he fired it in at 6:13 of the second.

Ovechkin’s second goal tied the game at 3 and came with a little help from a Panthers defenceman. Ovechkin’s shot from above the left circle deflected off the stick of MacKenzie Weegar and into the net at 12:14 of the second.

The Capitals made it 1-0 just 25 seconds in on the goal by Carlson, who redirected a pass from Michal Kempny through the legs of Bobrovsky.

Florida quickly tied it when Vatrano got past a defender who slipped on the ice and put the puck between Holtby’s legs.

Connolly made it 2-1 when he scored against his former team. Connolly, who signed a four-year contract with the Panthers on July 1, redirected a shot by Anton Stralman from the point between Holtby’s pads with 5:34 left in the first.

It was Ovechkin’s fourth multi-goal game this season and the 136th of his career, seventh-most in NHL history. … Panthers C Colton Sceviour played in his 400th NHL game. … F Dominic Toninato played his first game after being recalled from AHL Springfield. … D Mike Matheson returned after missing five games with a lower-body injury.