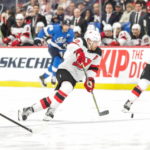 There is basically no update other than that. All status quo and in the early stages.

TSN: Pierre LeBrun said that back in the offseason the agents for Robby Fabbri spoke with the St. Louis, that if there wasn’t a role for him on the team then maybe a change of scenery would be good. Believe that Blues GM Doug Armstrong said let’s see how the season starts, and if it doesn’t work, then they’d look to move him.

“And I will tell you, I think as we head into November here, there are other players around the league, Dregs and I have talked about this off-air, that are also a little unhappy with their usage, with their role. You might see more trades like this between now and the holidays. Again, to sort of appease players that right now aren’t getting used like they thought they would.”

Some KHL players to keep an eye on

TSN: Darren Dreger on the early success the Toronto Maple Leafs are getting from Ilya Mikheyev and if other teams will increase their consideration of players in Russia.

“It sure sounds like that. NHL teams are continuing to scout Russia. Keep in mind, the KHL season starts a little earlier there. There are five guys that seem to be grabbing attention. Nikita Nesterov, the captain of CSKA Moscow is among them. Alexander Barabanov, St. Petes. Konstantin Okulov of Moscow, Alexei Marchenko, and most will remember this name, Mikhail Grigorenko, formerly of the Buffalo Sabres, again high on the radar.”