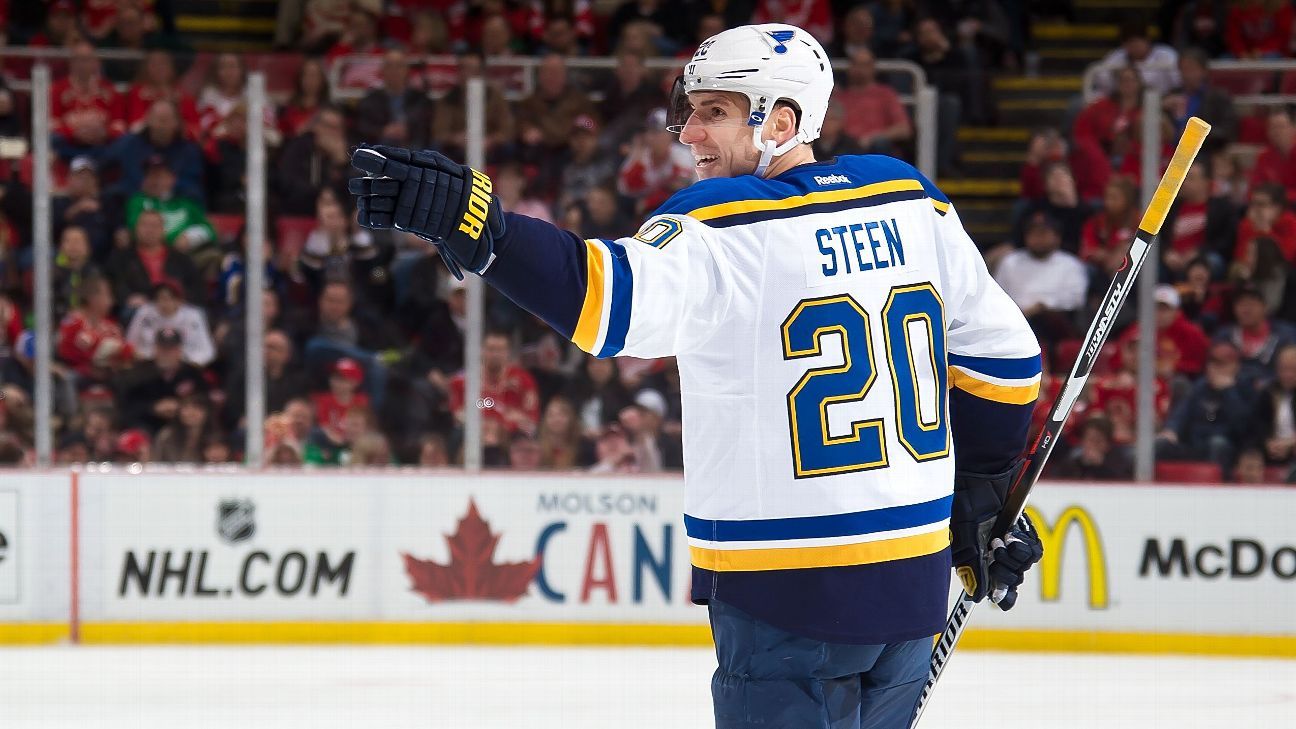 Steen left the Blues’ 5-2 win over the Edmonton Oilers on Wednesday after an awkward collision with Alex Chiasson late in the second period.

He has returned to St. Louis, was placed on injured reserve and will reevaluated in four weeks, the team said. The Blues have one game remaining on a four-game road trip.

Steen has zero goals and five assists in 17 games this season for the 11-3-3 Blues.