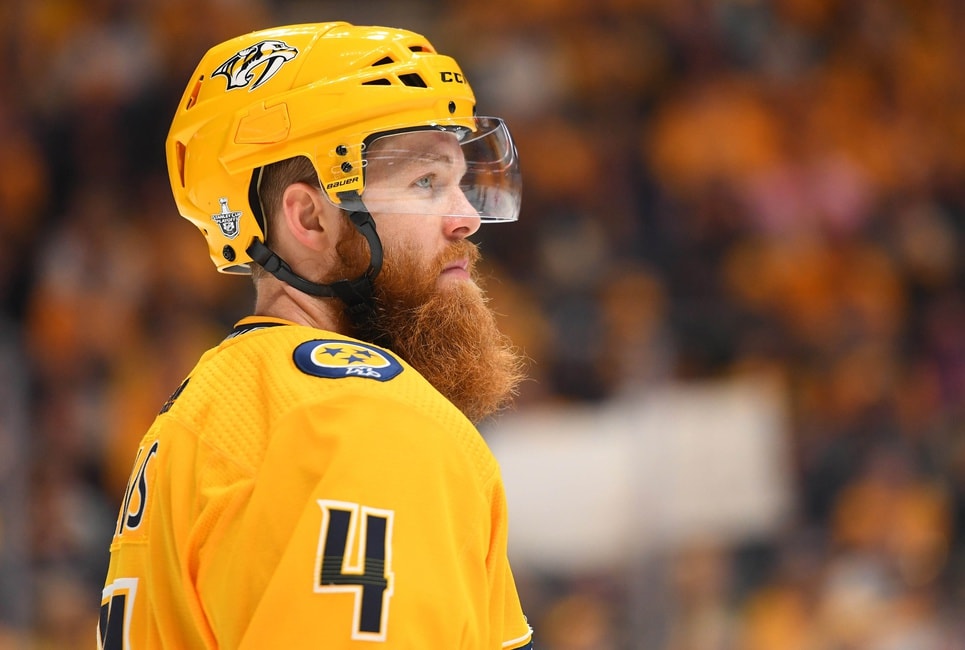 Ellis scored from the left circle shortly after Nashville failed to score on power play that resulted from Tampa Bay having too many men on the ice.

Calle Jarnkrok and Roman Josi also scored, and Juuse Saros stopped 28 shots for the Predators, who are 13-1-2 against Tampa Bay in the last 16 meetings. Nashville’s lone regulation loss to the Lightning this decade came Dec. 19, 2013.

Nashville played without forwards Matt Duchene and Filip Forsberg, who were out with lower body injuries.

Josi got Nashville even at 2 on the power play at 14:47 of the third. He added two assists, including on Ellis’ game-winner.

The Predators have outscored opponents 24-11 during the third period this season.

Johnson’s in-close goal put Tampa Bay up 2-1 at 9:25 of the second. Stamkos had tied it at 1-all 32 seconds into the period with a power-play goal. Three of Stamkos’ five goals have come with the man advantage.

Jarnkrok opened the scoring at 14:24 of the first, when his power-play shot from the top of the left circle went off Lightning defenceman Erik Cernak’s stick.

Duchene, hurt in Thursday’s win over Minnesota, took part in Saturday’s morning skate. Forsberg is skating on his own. … Stamkos needs two goals to become the first Lightning player to reach 400. … Nashville entered with 42 goals in 10 games. … Tampa Bay D Victor Hedman had an assist, and a point in nine of 10 games this season.

Lightning: Play at the New York Rangers on Tuesday night.