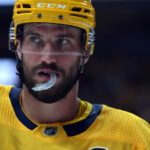 Jason Gregor: If Jesse Puljujarvi continues to play like he has been in Finland, it’s only going to increase his trade value for the Edmonton Oilers. This is a good thing for them.

Maybe if his confidence continues to grow, he may want to return to Edmonton.

Jim Matheson: The Oilers should look at Arizona Coyotes center Christian Dvorak when having Puljujarvi talks with teams.

Senators want to be more competitive

TSN: It’s no question that the Ottawa Senators could use some help according to Darren Dreger. Yes, they are in a full rebuild, but they’d like to be a bit more competitive.

TSN: Pierre LeBrun notes that contract talks between the Nashville Predators and pending unrestricted free agent defenseman Roman Josi have hit a bit of snag despite talks all offseason.

“Both sides, I think if you were to ask them, thought he’d be signed by camp and it hasn’t happened. But there was a meeting last week in Los Angeles when the Predators were there between GM David Poile and the agent Judd Moldaver. This is such a paramount negotiation for this franchise. I mean, this guy cannot go to market if you’re David Poile. But the reality is, I think his camp would like to see this guy be the third-highest paid defenceman in the National Hockey League. He’d be behind Erik Karlsson and Drew Doughty. Now, clearly, the Predators aren’t there.”