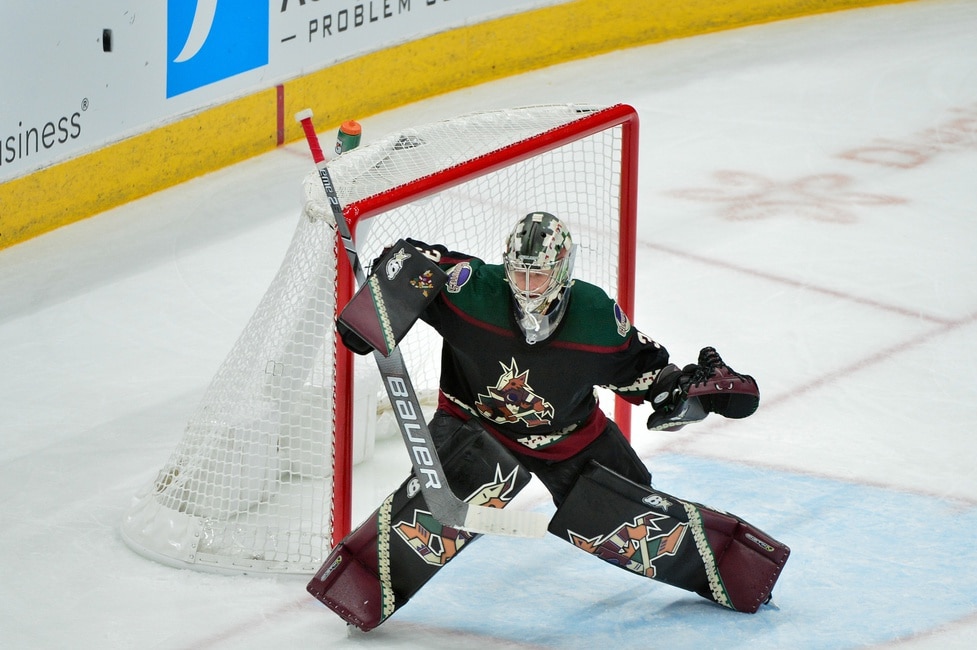 GLENDALE, Ariz. — Conor Garland had a goal and an assist, Antti Raanta stopped 34 shots and the surging Arizona Coyotes outlasted the Ottawa Senators 5-2 on Saturday night.

The Coyotes have allowed the fewest goals in the NHL this season and have revved up their offence since a slow start.

Kyle Capobianco had his first NHL goal and Oliver Ekman-Larsson also scored in the first period. Carl Soderberg added a goal in the third period and Lawson Crouse had an empty-netter for Arizona, which has 20 goals during a five-game points streak.

Raanta, who was injured most of last season, earned his first win since last Nov. 2 against Carolina.

The Senators made a late push, pulling within two goals after Vladislav Namestnikov and Chris Tierney scored in the third period. Craig Anderson stopped 23 shots.

The Senators earned a point in Thursday’s 3-2 shootout loss to Vegas, but were shaky defensively, allowing the Golden Knights to pepper Andres Nilsson with 54 shots.

Ottawa as didn’t give up as many shots against Arizona, but more found the back of the net.

Capobianco scored his first NHL goal midway through the first period on a shot from near the blue line that hit Senators centre Namestnikov’s stick and caromed past Anderson.

Ekman-Larsson scored 81 seconds later on a rebound after a shot by Clayton Keller bobbled across the crease.

Garland made it 3-0 midway through the second period, wristing in a rebound after a shot by Brad Richardson caromed out to the left faceoff dot.

Soderberg opened the third period with a power-play goal on a shot from the slot, but Namestnikov answered with a short-handed goal on a breakaway.

Tierney cut Arizona’s lead to 4-2 with a power-play goal, one-timing a pass from Thomas Chabot in the slot.

Arizona recalled D Aaron Ness from Tucson of AHL affiliate and placed D Jordan Oesterle on the injured reserve list after he was hit on the head by a puck on Thursday. … Ottawa C Artem Anisimov missed his third straight game with a lower-body injury. … Arizona honoured RW Phil Kessel before the game for playing career game No. 1,000 on Thursday.

Ottawa plays at Dallas on Monday.

Arizona opens a four-game road trip against the New York Rangers on Tuesday.