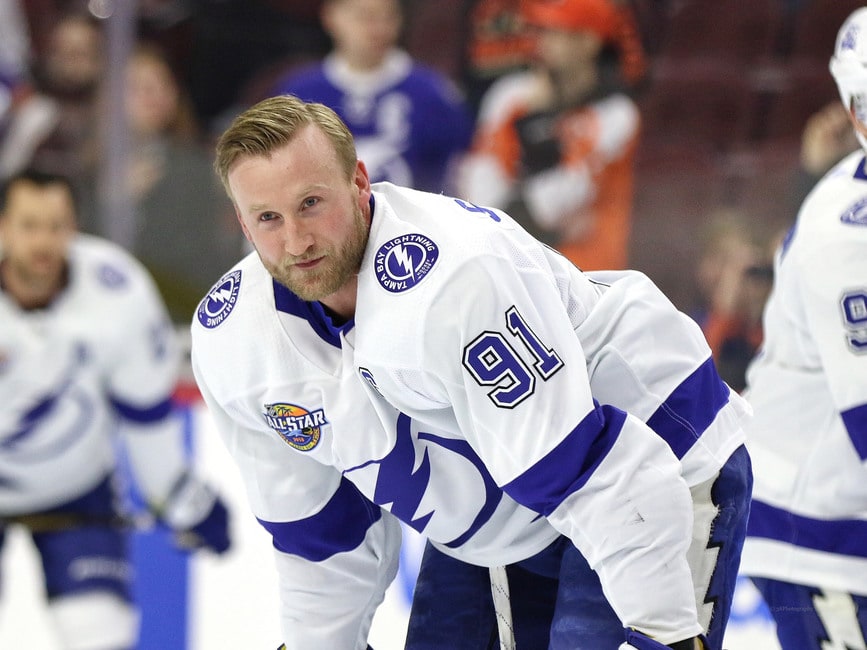 BOSTON — The Tampa Bay Lightning overcame a slow start to win their second straight game and gain some much-needed momentum.

Steven Stamkos scored the lone goal in the shootout and Tampa Bay beat the Boston Bruins 4-3 on Thursday night.

After the first three shooters for both sides failed, Stamkos put a wrist shot past Bruins goalie Tuukka Rask for the eventual winner. Jake DeBrusk’s last chance was stopped by Andrei Vasilevskiy.

Tampa Bay has won three of four and back-to-back games for the first time this season. The Lightning also notched their 12th win in 64 tries in Boston, improving to 12-46-6.

Bruins defenceman Charlie McAvoy was on the ice for all three Lightning regulation goals.

“We’ll take one point and reflect on it,” he said.

Shattenkirk gave Tampa Bay a 3-2 lead with 4:47 remaining in regulation. The Bruins’ Pastrnak scored 1:42 later, tying the game at 3-3.

“Good things happen when you shoot and I had a good screen there,” Shattenkirk said. “Their power play is lethal and they won that battle tonight, but we felt we were outplaying them.”

Pastrnak has 13 points, including eight goals and five assists, in the last five games.

“They were fast tonight and were in our face every time we had the puck,” Bruins defenceman Torey Krug said. “They are a great team, have the majority of the lineup they had last year and they know how to win.”

Point tied the game at 1 with 1.6 seconds remaining in the first when he converted a feed from Yanni Gourde and flipped the puck past Rask.

“It was a great pass by Gourde,” Point said. “We played a complete game tonight and competed the way we needed to.”

Boston’s top line of Pastrnak, Bergeron and Brad Marchand has accounted for 14 of the Bruins’ 19 goals this season.

Boston F David Krejci was out of the lineup for Boston with an upper-body injury. … Lightning forward Cedric Paquette began skating but missed his seventh straight game. … Pastrnak scored five consecutive goals for the Bruins spanning two games. … Marchand and Torey Krug chipped in with two assists for Boston. Nikita Kucherov was held off the scoresheet for the first time in four games.