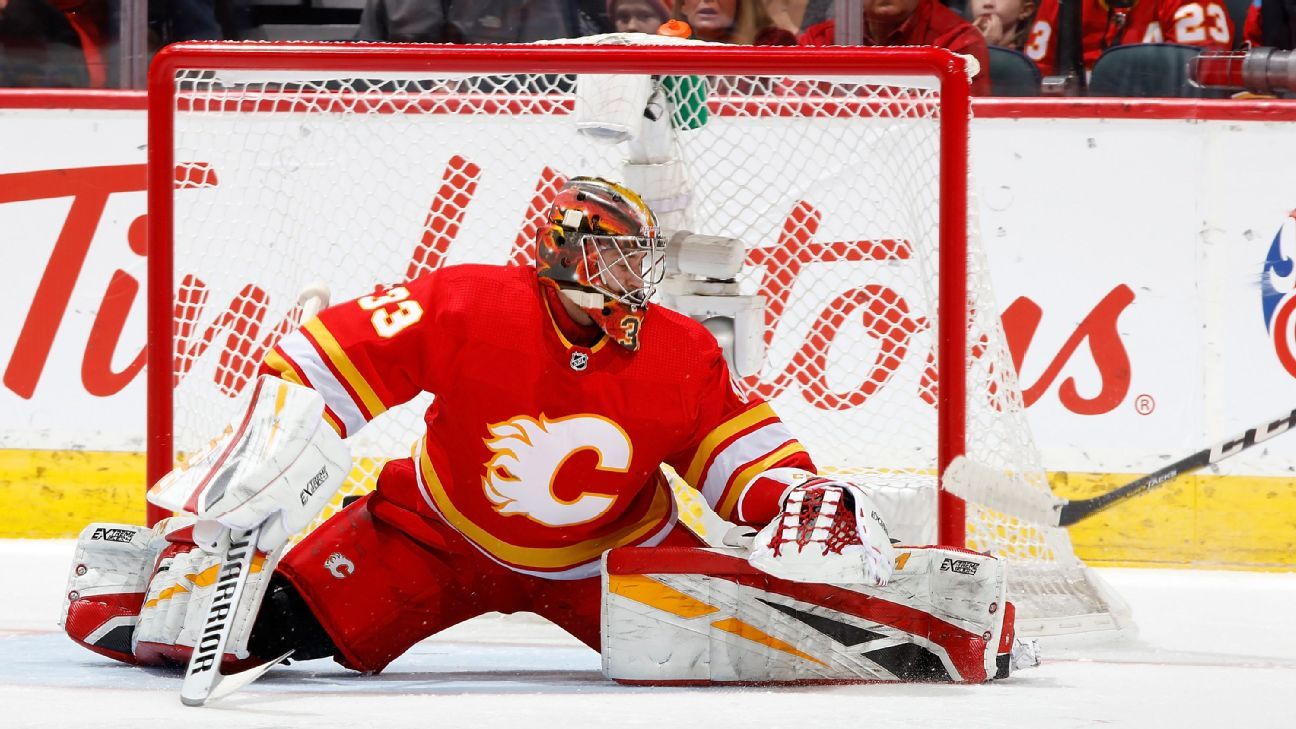 It’s too early to pass any definitive judgment against goaltenders for the coming NHL season, but we can start to make guesses about where things are trending.

This is important work because the easiest time to get a player onto your fantasy team is the speculative phase. There is a threshold that comes with every breakthrough player performance when the collective fantasy world decides to agree that we believe in a positive trend. That is the point where it gets competitive to get a player.

Last year’s Jordan Binnington emergence can be an example. He could have been acquired for a song anytime prior to Jan. 1 last season, having played just parts of two sporadic December games with humdrum results. Then, he notched a shutout on Jan. 7 when called upon. Still, it was nothing worth reacting to. He followed that with one-goal against wins on Jan. 10 and Jan. 12, at which point, the groupthink was turning attention to him. He was gone in deeper leagues before his next start, but probably still for a relatively low cost of acquisition.

As the wins kept piling up, Binnington’s rise was a slow burn. Who is this kid taking the last place Blues by the bootstraps? It would have been another week or two at that point, late January or early February, when Binnington was no longer available in any league format. His universal acquisition would have been an absolute lock by every league’s next transaction date after Feb. 7, which is when he shutout the Tampa Bay Lightning.

So what’s the point? There’s a couple here.

First, goaltenders can emerge from anywhere. The Blues were dead last in the standings before Binnington stepped up. Dead last. Second, the window for acquiring a game-changing fantasy asset can vary, but even with an extreme example like Binnington, there are stages: You had one week from his Jan. 7 shutout to be ahead of the curve, two weeks before getting him was a competitive exercise and, in shallower leagues, a full month before the window was closed.

The goaltender carousel is a less-than-fun ride that many fantasy managers will have to take all season long, after all, not all of us can have Andrei Vasilevskiy on our team.

Here are some guys I’m stashing who are available in 90 percent of ESPN leagues:

James Reimer, G, Carolina Hurricanes: This is going to be an even split with Petr Mrazek. This is just how the Hurricanes run their team: Play exceptional defense and it doesn’t matter who is wearing the mask in the crease. The results were convincing last season, with both Mrazek and Curtis McElhinney turning in ratio-golden campaigns. It should be more of the same this season, which undercuts the overall value of both Mrazek and Reimer. But, Reimer is like a handcuff running back in fantasy football that you can also start in your flex most weeks – he has value now and would have exponentially increased value in the event of an injury in front of him.

Jack Campbell, G, Los Angeles Kings: OK, so Jonathan Quick doesn’t look so hot after all. My give Quick a chance argument last week has aged liked milk. But the part where I argue that the Kings should be a better defensive team under coach Todd McLellan is a Quick-proof argument. Enter Campbell, who has looked every day of the six years that he is younger than Quick. While Quick was allowing 14 goals to the Oilers and Canucks, Campbell only allowed three as the Kings beat the Flames in OT.

Ilya Samsonov, G, Washington Capitals: If Braden Holtby hadn’t hoisted the Stanley Cup at the end of the 2017-18 season, we would have all written him off for fantasy a longtime ago. His regular season returns have been detrimental to fantasy teams since the 2016-17 season. Sure, 30 wins can be nice, but at what cost? Of the 22 goaltenders to make 100 starts during the past two seasons, Holtby has the sixth-worst save percentage and fifth-worst goals-against average. Only Craig Anderson and Cam Talbot have been worse than Holtby in both categories. This could be a systemic team issue, but Philipp Grubauer had a counter-argument to that in 2017-18 with decent ratios. The bottom line here is that Samsonov is a top-rated goaltending prospect and Holtby hasn’t shown us much in a while. This is a situation primed for a good old-fashioned usurping.

The schedule ramps up a bit this week, with 10 teams getting a four-game week and only one team downgraded to a two-game schedule.

For those new to the forecaster chart, here are some explanations: “O” (offense), which is on the left for each game, and “D” (defense), on the right, matchup ratings are based upon a scale from 1 (poor matchup) to 10 (excellent matchup) and are calculated using a formula that evaluates the team’s season-to-date statistics, their performance in home/road games depending on where the game is to be played, as well as their opponents’ numbers in those categories. The “Ratings” column lists the cumulative rating from 1 to 10 of that week’s offensive (“O”) and defensive (“D”) matchups.

In the notes below, the focus every week will be mainly on players that are available for potential use. Ownership below 50 percent of ESPN leagues is a good generalized cutoff. I’ll try to also include players below 10 percent ownership whenever possible to cater to deeper formats.

Calgary Flames: The Flames sked pops both offensively and defensively on the Forecaster, so if you’ve been waiting for an excuse to roster David Rittich (available in 48 percent of ESPN leagues), this is the time. Based on his early season workload and the Flames projections, Rittich is a top-10 fantasy goaltender waiting to happen. Mikael Backlund could come in off your bench in shallower leagues for this week. I’ll also cop to a mild interest in Andrew Mangianpane, who has been elevated to the second line with Backlund and Matthew Tkachuk.

Dallas Stars: The Stars four-game week should have opportunity for scoring and Roope Hintz is capitalizing on 40 percent of his shots on goal so far. That is to say, he’s not going to keep scoring at this rate. That said, he’s locked down as a top-six play with 17-plus minutes per game and occasional power-play looks. He should be on even the shallow-league radar at this stage. Sophomore defenseman Miro Heiskanen should also be locked into lineups in any week in which the Stars have a favorable schedule.

Justin Schultz, D, Pittsburgh Penguins: With the Pens down Evgeni Malkin for an extended period of time, Schultz is drawing in to the top power-play unit. Sure enough, he has two assists this season, both on the man advantage. He fired six shots on goal on Thursday.

Patrick Maroon, W, Tampa Bay Lightning: Anthony Cirelli scored potted two power-play assists with the big guns on Thursday against Toronto. But it’s Maroon getting the big minutes on the top power-play unit. Cirelli only played 20 seconds of power-play time in the game, while Maroon played 3:38 of PP with Nikita Kucherov, Steven Stamkos and Brayden Point.

Dominik Kubalik, W, Chicago Blackhawks: The Alexander Nylander experiment on the top line seems to have lasted about four periods to start the season Kubalik was elevated to the wing with Jonathan Toews and Patrick Kane partway through Thursday’s contest. He had a breakout professional season in Switzerland last year at the age of 23 and is as worth keeping an eye on as any player getting time with Toews and Kane.