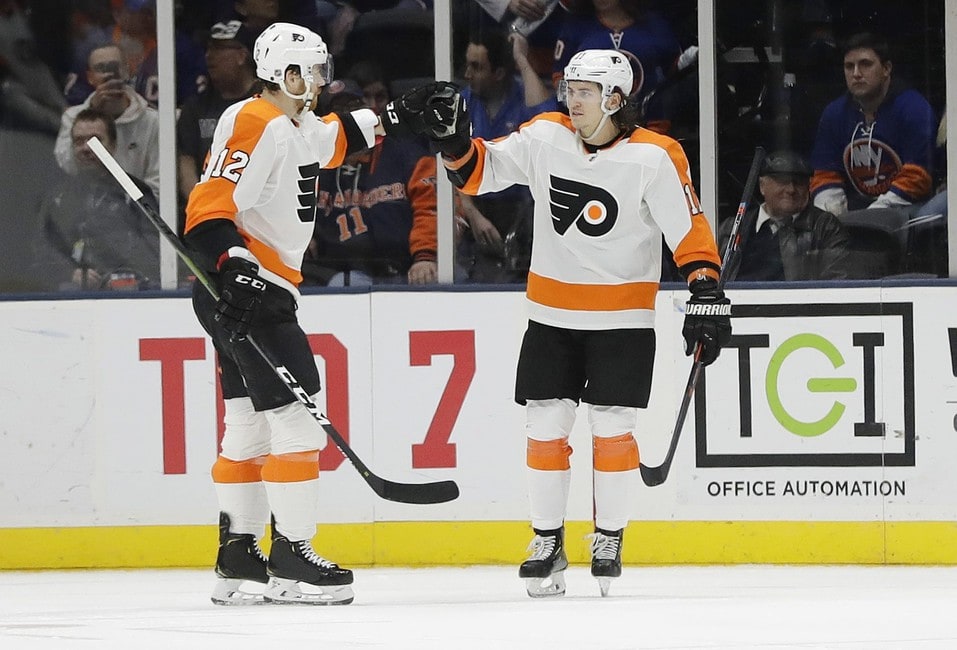 PRAGUE, Czech Republic — Travis Konecny had two goals and coach Alain Vigneault won his debut with Philadelphia, directing the Flyers to a season-opening 4-3 victory over the Chicago Blackhawks on Friday.

Oskar Lindblom and Michael Raffl also scored for the Flyers in front of a sellout crowd of 17,463 at Prague’s O2 Arena as part of the NHL’s Global Series. Carter Hart stopped 28 shots.

It was the first regular-season game outside of North America in Philadelphia’s 52-year history.

Patrick Kane had a goal and two assists for Chicago, which opened the 2009-10 season in Finland. Alex Nylander and Alex DeBrincat also scored.

The Blackhawks are hoping to return to the playoffs after a two-year absence, but defencemen Dennis Gilbert and Slater Koekkoek each made a costly mistake after the blue liners struggled last year.

Konecny turned Gilbert’s turnover into a 1-0 lead for Philadelphia 6:24 into the first, beating Corey Crawford on the glove side.

Lindblom was credited with a power-play goal 6:28 into the second when his shot bounced off the crossbar and was deflected by Koekkoek into its own net. Konecny then converted a backhander with 1:56 left in the period, giving the Flyers a 3-1 lead.

Chicago played without defencemen Calvin de Haan and Connor Murphy due to injuries.