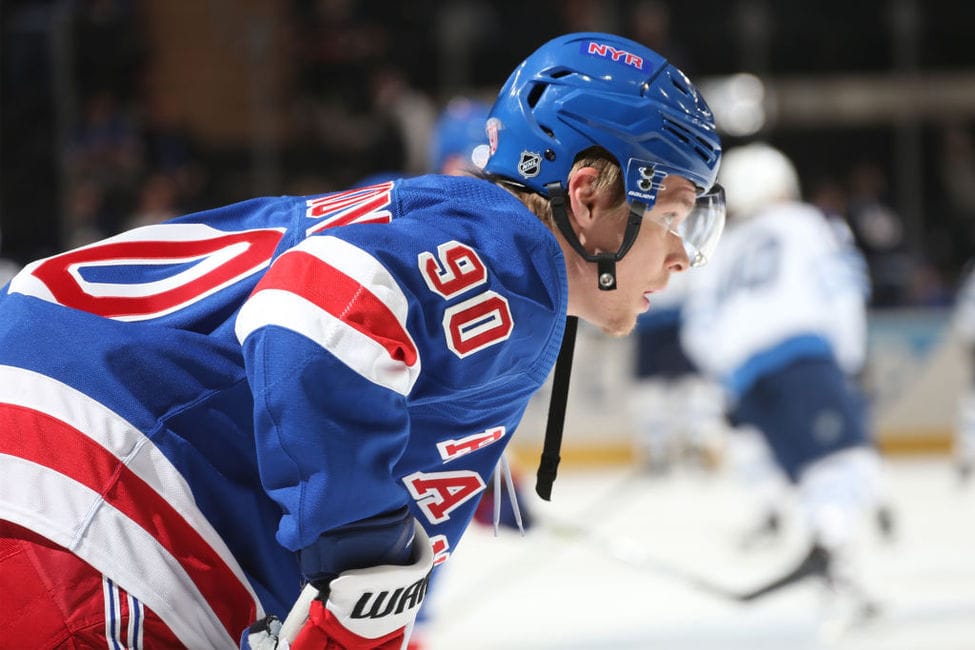 Vladislav Namestnikov’s brief time with the New York Rangers has come to an end. The speedy Russian forward has been traded to the Ottawa Senators in exchange for a 2021 fourth-round draft pick and defenseman Nick Ebert. The Rangers also retained $750,000 of Namestnikov’s $4 million cap hit.

Namestnikov was brought to New York in the trade that sent JT Miller and former captain Ryan McDonagh to the Tampa Bay Lightning. He produced a lot of offense in Tampa Bay, but seemed to have trouble developing during his stint in the Big Apple.

In 99 games with the Rangers spanning over portions of three seasons, Namestnikov notched 35 points. He will join an Senators squad that is somewhat young and also trying to build. He’ll likely be a second or third-line player for them.

Nick Ebert, born next door in New Jersey, was originally a seventh-round pick of the Los Angeles Kings in 2012. Since being drafted, he has jumped around different leagues such as the Ontario Hockey League, ECHL, Kontinental Hockey League, and American Hockey League.

He scored 33 points in 49 games for Örebro HK of the Swedish Hockey League last season. He has played one game this season for the AHL’s Belleville Senators and has not scored. Now 25 years of age, Ebert will find a place with the Rangers’ AHL affiliate, the Hartford Wolf Pack.

Checking All the Boxes

This move accomplishes several things for the Rangers. For one, it relieves them of some salary cap pressure that they’ve been feeling since signing Artemi Panarin to a massive seven-year contract. Namestnikov holds a $4-million cap hit, $3.25 million of which will be paid by the Senators.

This move also clears a spot in the top nine of the forward group. Rangers management has stated that second-year Filip Chytil and rookie Vitali Kravtsov are in the AHL not because they didn’t play well enough, but because there was no room in the top nine for them.

Clearly the coaching staff does not want to bury all of their youngsters on the fourth line. Namestnikov’s departure now opens up a spot on the wing next to second-year Brett Howden and veteran Jesper Fast.

This open spot in the lineup will either be filled by Chytil or Kravtsov. The more likely is Kravtsov given his ability on the wing and his potential. But the call could also be to Chytil, possibly at the center position if they move Ryan Strome around in the lines.

If it were up to me, Brendan Smith would be scratched, Fast would play on the fourth line, and BOTH Chytil and Kravtsov would get top-nine minutes. Head coach David Quinn and the rest of the coaching staff seems to like Smith playing at forward, though.

Quality Trade for Both Teams

All in all, this was a good move and the Rangers were able to accomplish a lot with it. It makes room for young players who are part of the future of the franchise. While Namestnikov is a decent player who puts forth loads of effort, he was never viewed as a major piece of the team’s future.

The Rangers also have a little more room in their cap and can breathe a bit. While they’re still close to the cap, they have some wiggle room should any situation arise during the season in which they would need significant cap space.

Namestnikov is going to be a good player for the Senators and will provide some more NHL experience to a shaky roster. The Rangers will now get to showcase more of their future in the days to come. It was a good trade for both sides. I give the Rangers an A+ and the Senators a B+ on this one.